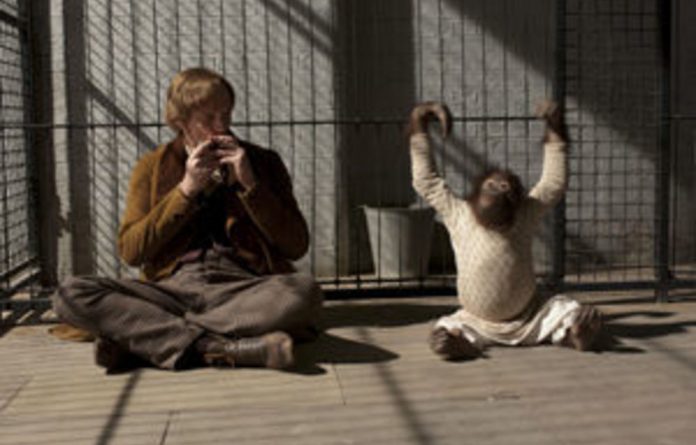 No red-blooded rationalist is going to let a title such as Creation pass without a growl of suspicion, and the all-of-nature’s-glory montage that begins the movie was a worrying sign. But, in the end, there are no issue-fudging concessions to the creationists here.

This gentle, heartfelt and well-acted film about Charles Darwin and his personal agony preceding the 1859 publication of On the Origin of Species does not shy away from the issues. But it personalises them and places them in a new context: Darwin’s continuing anguish over the death of his elder daughter, Annie, of scarlet fever five years before.

Ill with overwork, timidly reluctant to publish his research and semi-delirious with an increasing laudanum intake, Darwin is tormented with visions of his departed child. The survival of the fittest — isn’t that a callous rejection of the child who did not survive? And did poor Annie die because Darwin suspended conventional medical assistance and took her to Malvern for a futile “hydrotherapy” treatment, something he now stubbornly, miserably applies to himself? For Darwin has faith in his hydrotherapy, in the face of the evidence.

Paul Bettany gives a career-best performance as Darwin, a sensitive man who suppressed his convictions for the sake of his deeply religious wife, Emma, portrayed by Jennifer Connelly. He plays two Darwins: in flashback, it is the younger husband and father who delightfully plays with his children and teaches them about the wonders of the world around them. Then, in the present, it is the older, care-worn Darwin, estranged from his family, crucified with grief and convulsed with having to swallow the scientific truth out of a misguided loyalty.

Eventually, the appearance of a study with similar conclusions by a rival and now largely forgotten scientist, Alfred Russel Wallace, eases the way for his On the Origin of Species. (Is there scope for a movie about Wallace, come to think of it, such as The Magic Box, starring Robert Donat as the neglected movie pioneer William Friese-Greene?)

The dream visions of a ghostly little girl may be rather sugary, and a little too obviously Victorian, for some. The film could have done without them and lost nothing. But the film as a whole is very decent, and the study of Charles and Emma’s final partial reconciliation was moving.

I must confess that I didn’t appreciate Darwin until I read Richard Dawkins’s The Blind Watchmaker as a student, and I think this movie could, without any loss of drama, have spent more time explaining the endlessly compelling subject of evolution itself. As Stephen Fry wrote in the Guardian recently, paraphrasing Niels Bohr on quantum mechanics: “If you don’t find it shocking, you haven’t understood it.”

Johannes Phokela is on the comeback trail