How it all went wrong for Merkel 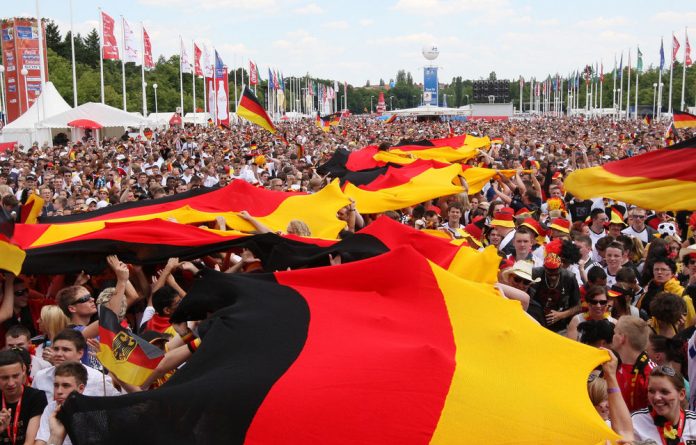 In the Tante Kathe outdoor pub in Berlin, where the Berlin Wall once ran, a large gathering of optimistic Germans sat drinking beer ahead of the World Cup match between Germany and Serbia.

More love than give take

“The government should take a look at the national team to see the right way to do things,” said Bert Schultz. “It’s a gaggle of bickering, sluggish, fearful incompetents who seem determined to work against one another rather than together.”

Following Germany’s disappointing defeat, Schultz may want to think again. But he was not the first to make such a comparison this week, as Angela Merkel’s centre-right coalition government teetered on the brink of collapse.

An editorial in Der Spiegel even suggested that national team coach Jogi Low might make a better chancellor, arguing that he “can probably pull a faster punch than Merkel when it comes to calling the coalition to reason”.

Amid daily headlines declaring “Merkel losing control over the coalition” and “Government on verge of collapse?”, a sense of despair has descended over the political classes in the German capital.

Merkel, once the golden girl of European politics, has come in for the sharpest criticism she has faced in four years in charge of Europe’s largest nation. Many are now asking how long she can last in the post.

At a military ceremony in Berlin this week for Horst Köhler, the exiting German president, several remarked that it felt like a harbinger of Merkel’s own departure.

The chancellor looks weary and drawn — or, as one commentator said, her smile “appears to be stuck on like a false beard”. The government’s inability to make decisions has led to a string of comparisons between it and everything from a constipation sufferer to a deflated Michelin man.

Daniel Brössler of the Suddeutsche Zeitung described the administration as an old banger. “The Merkel cabinet is no longer steering,” he said. “It resembles a car where the only thing that works is the brakes.”

So what has gone so badly wrong for Merkel and a government that less than eight months ago she promised would be a “dream” coalition?

The alliance between her conservative Christian Democrats (CDU), their Bavarian sister party the Christian Social Union (CSU) and the pro-business Free Democrats (FDP) has been beset from the start by conflicts that Merkel seems unable to resolve.

Rows have centred on taxes, the financial markets, health, energy and the future of the military — key themes on which the coalition has shown no willingness to make sensible compromises and Merkel has shown little leadership.

Government meetings have been reduced to slanging matches, with former allies calling one another “Rumpelstiltskins” and “wild boars”.

“We’ve got a lot to do to change the way we appear to the public,” Wolfgang Schäuble, the finance minister, admitted this week.

Things really started going sour for Merkel earlier this year when she hesitated over a rescue package for Greece. European Union and American critics accused her of prevarication, leaving her isolated internationally, and on the domestic front ordinary Germans were angered by the notion that, despite years of personal sacrifice, including wage freezes and belt-tightening, they were now being called to reward Greece for chronic profligacy.

This month came Merkel’s four-year €80-billion package of cuts to the German budget, which she said was vital because “we have lived beyond our means for four decades”.

The cuts have attracted a growing chorus of criticism from across the country and even from French President Nicholas Sarkozy, who has made no secret of the fact he fears they will stifle rather than stimulate growth.

Within her government she has angered the FDP by ditching the main pillar of its election programme, tax cuts.

Last weekend 20 000 protesters took to the streets of German cities to demonstrate against the “socially unjust” cuts. The numbers could increase, adding to a growing sense of instability.

Merkel’s make-or-break moment could come on June 30, when a federal assembly in which the CDU and FDP hold a majority is due to elect a new president, following the surprise resignation of Köhler earlier this month.

Merkel picked steady career politician Christian Wulff as her preferred candidate. But the opposition candidate, Joachim Gauck, has proved a far more popular figure, with several coalition members agreeing to vote for him. If Gauck, an East German-born Protestant pastor, wins it could spell the end of Merkel’s reign.

Merkel’s popularity ratings, at 40%, are still at a level many other leaders would die for. Perhaps more significantly, 86% of the public are unhappy with her government.

Michael Huther, director of the Institute of German Economy in Cologne, recently commented that the Merkel administration was “constructing the dramatic scenario of the [country’s] imminent downfall” while failing to reflect its past achievements and ability to tackle much more serious challenges, such as the huge task of reunification.

“They should pluck up the courage to put that right at the heart of their argument — to show Germans that we can succeed,” he said, rather than opting for a style of politics that encourages “disappointment, frustration and resistance”. —