Indomitable Lions crash out of Cup 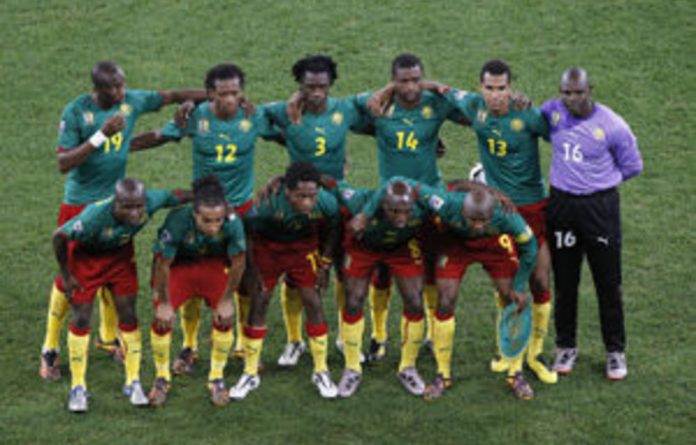 The smell of salty water drifting from the Atlantic Ocean into Cape Town Stadium on Thursday night will have reminded the Cameroon team of the gangplank they will walk when they return home after crashing out of the World Cup with three straight defeats.

A 2-1 loss to The Netherlands night merely confirmed what the team, and the rest of the world, already knew: That the Indomitable Lions were out of the World Cup with barely a roar.

And the soul-searching and recriminations that will undoubtedly follow this exit will see dramatic changes in the national team of a traditional African powerhouse — especially as Cameroon’s campaign was dogged by allegations of two debilitating cliques centred around star striker Samuel Eto’o and Achille Emana, player-power and an increasing powerless coach.

Coach Paul le Guen, who was allegedly pressurised from both within the change room and by the country’s political leaders to change tactics and playing personnel after Cameroon’s first loss to Japan in their opening match, admitted to the problems after the match on Thursday.

‘We lacked unity’
“We lacked unity and I didn’t succeed in defying the team and bringing it together,” said Le Guen who stepped down as coach after the match.

“I thought [the squad] would be a proper mixture of experience and youth but we didn’t get the expected results. I don’t want to point fingers at anyone … I thought I would have got better results with this group of players,” added Le Guen.

The match had already started with some controversy after the initial team list submitted to Fifa had included Arsenal midfielder Alexandre Song who did not line-up with his teammates for the national anthem. Instead, Aurelian Chedjou of from French club Lille started in Song’s midfield position.

Song is alleged to have fallen out with Le Guen after constant petitioning that his uncle, Rigobert Song, start in the Lion’s defence.

Wholesale changes
With Cameroon out and Holland certain of qualifying, Le Guen had made six changes to team that lost 2-1 to Denmark in their previous Group E match. These included Emana, forward Pierre Webo and defender Sebastian Bassong.

In a dour first half, Arsenal striker Robin van Persie gave the Oranje the lead in the 35th minute. Dirk Kuyt, who’d stayed so far wide right for the majority of the half that he could have been mistaken for an AWB storm trooper, collected the ball and advanced inside towards the Cameroon goal.

The Indomitable Lions finally started living up to their moniker in the second half as they surged forward in an attempt to salvage some pride from a tournament that rivalled France’s for turmoil and backstabbing.

The substitute Vincent Aboubaker looked especially threatening with some slalom runs at the Dutch defence.

In the 60th minute Aboubaker’s typically tricky footwork had the Dutch defence back-pedalling to the edge of their own box and then a sharp reverse pass found Jean Makoun unmarked in the box. But, the Lyon midfielder missed woefully.

Chasing the game
With Eto’o doggedly chasing the game up front like a hard-up terrier juicing on an 18-wheeler truck, there were more chances to the Africans.

If there was any doubt where South Africans hearts lay when it came to supporting a team now that Bafana Bafana is out of the tournament, the response came in the 63rd minute when Eto’o blasted a penalty past Dutch keeper Maarten Stekelenburg.

Belying the number of orange shirts in the 69 093-strong crowd, Eto’o’s goal was received with a thunderous joy by the stadium. African teams — even if a bunch of stroppy brats — remain favourites among locals.

The penalty was awarded after referee Pablo Pozo of Chile judged that Van der Vaart had infringed with a handball in the Dutch wall while facing up to a Cameroon freekick.

Holland coach Bert van Marwijk rang some changes in the second half reworking his frontline by replacing Kuyt with the impressive Hamburg SV forward Eljero Elia, Van Persie with striker Klaas Jan Huntelaar and Van der Vaart with Arjen Robben at various stages of the half.

It may have been the 33-year-old’s fourth World Cup, but he was completely at fault for Holland’s winning goal: In the 83rd minute Robben turned Song inside-out before smacking a shot from outside the box against the diving Souleymanou’s upright. Huntelaar was there to prey on the rebound, firing it into an empty net: 2-1 to the Oranje.

Robben’s cameo, meanwhile was a timely reminder of what the tournament has been missing. The Real Madrid forward was full of buzz and venom and Van Marwijk said he would introduce the winger, who has been recovering from injury “gradually” into the tournament.

Holland now play Slovakia, who’s 3-2 victory over Italy ousted the reigning champions from the tournament, in Durban on June 28. While Cameroon go home, Japan’s 3-1 victory over Denmark will see the Asians — as Group E runners-up — take on Paraguay in Cape Town on June 29.