Not much sharing going on 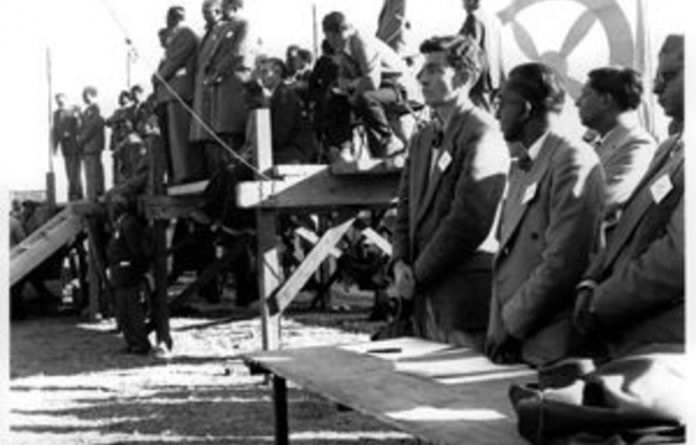 The Freedom Charter forms the foundation of the Constitution of democratic South Africa and declares that the national wealth of the country shall be restored to the people.

The clause ‘the people shall share in the country’s wealth” now finds expression in the government’s broad-based black economic empowerment (BBBEE) strategy, the BBBEE Act of 2003, the codes of good BEE practice and the laws that shape the economic transformation of the country.

Ongoing assessment of how far the country has come in realising this ideal, given that another Freedom Charter clause, ‘the people shall govern”, has in theory been attained, is vital at this stage of our history.

BBBEE is the major, not the only, driver of economic transformation. It has policy objectives that were stated in the 2003 strategy for broad-based BEE, but it was more specifically defined in the Act.

This has been further clarified by the codes of good practice that highlight the seven commandments of BEE, covering not only ownership but also management control, enterprise development, preferential procurement and corporate social investment. These are all interdependent goals that result in a broad-based empowerment model as opposed to an over-emphasis on ownership.

About two years ago, a study by Consulta Research found that 38.9% of surveyed businesses had no plan or were showing no progress on BEE, compared to the 19.7% that had fully implemented it. Less than a quarter (24.7%) of the respondents had a formal BEE scorecard to track their progress.

A total of 74% of the large respondents claimed to have had difficulty in finding ‘suitably qualified and experienced black people” to appoint. In addition, 39.9% had no skills development plan, 74.8% had no black ownership, 60.3% had no compliance with employment equity targets and 83.9% did not comply with enterprise development targets at all. These are some of the signs that South African companies are far from regarding BEE as a real priority.

We need to ask ourselves the question: Why, if BBBEE is legislated, is the economy of South Africa still in white hands? Why is over 90% of the population, black people, failing to attain even minority ownership (25%) of the enterprises in their own country — 16 years after the first democratic election? How should the current administration deal with the slow progress of BEE?

Findings such as those of the study by Consulta Research are not an exaggeration of the real situation in the business sector, and ordinary South Africans know this. When so many companies claim not to have enough skilled black people to recruit, is it not preposterous that such low skills development expenditure targets (3% of payroll) should be hard to attain?

How is our economy going to counter-balance the effects of the brain drain and HIV/Aids in the workplace if no career-enhancing training is taking place at the requisite level? Another worrying area of non-compliance with BEE is enterprise development.

Spending 3% of one’s net profit after tax should be a no-brainer if companies argue that they do not have competitive black suppliers. Even more worrying, however, should be the absence of momentum in the one area that BEE could be advanced, namely government procurement.

The white South African corporate sector is going to take long to have faith in BEE. As faith cannot be legislated, the government and its parastatals should use their buying power to advance the economic empowerment of black people. As the country’s biggest buyer of goods and services, a ruling party serious about transformation would have to find ways to do more for preferential procurement.

Therefore, the current initiatives to align the BBBEE Act with the Preferential Procurement Policy Framework Act (PPPFA) must be welcomed by all who understand that this area is the nub of the issue of the redistribution of wealth. In terms of the PPPFA regulations, the BEE credentials of bidders in tenders count for a measly 20% in tenders valued at less than R500 000 and 10% for those over the threshold.

Facetious as it may seem, this implies that BEE is less important for big-ticket items in government procurement. To compound matters, most government departments do not have the capacity to scrutinise BEE credentials to stem the practice of fronting.

The result is that companies with 25% black ownership get the edge over 100% black-owned enterprises. This situation has been under review for too long and we wait with bated breath to see how quickly the department of trade and industry will address this. What the government needs to do includes the following steps:

Of course, this does not answer all the problems and unintended consequences of BBBEE. Greater emphasis should be placed on grassroots economic development, including increasing support to black-owned SMMEs and those who are in the incipient (informal) economy. There should be a strong monitoring mechanism built into policy on the success or failure to facilitate the inclusion of special groups such as the youth, women and the disabled.

The current government must therefore be commended for finally establishing the BBBEE council envisaged by the law to ensure the monitoring of how such an important piece of legislation is implemented. At the heart of the slow pace of BEE we alluded to earlier is the lack of a monitoring mechanism — even businesses that are committed to BEE will not make it a priority if there is a sense that no one is watching.

For the government to move BEE forward, all of us must be honest in our assessment of our interpretation of BEE and other economic transformative policies, and point out where these have failed.

The BBBEE council’s review of BEE should lay particular emphasis on other elements of the scorecard, namely the socioeconomic contribution of big business, procurement and enterprise development. The centrepiece should be broad-based participation.

Furthermore, there should also be a strong inclination towards engendering a spirit of entrepreneurship and wealth creation. All indications are that the council is hard at work to ensure that the issues of verification in particular are dealt with to address, among other ills, the terrible practice of fronting.

Overall, one has to admit that this administration has all the ingredients of success to make sure that BEE is truly broad-based and can contribute to the new struggle for economic emancipation.

Onkgopotse JJ Tabane is an accredited associate of the Institute of Independent Business International (IIB). He advises companies worldwide on issues of change management and transformation. For more information on the work he does with companies on BEE, email him at [email protected]