Old foes meet once again in the battle of Bloem 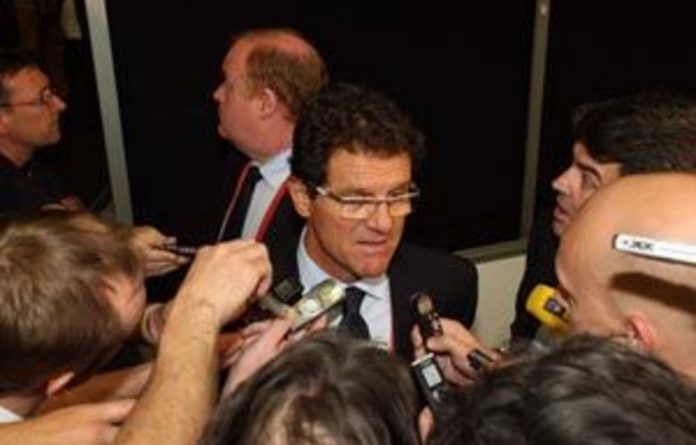 England will face Germany at a World Cup for the first time since opera and Paul Gascoigne’s tears started a renaissance for the game in these islands 20 years ago. History’s hand has pushed the old foes together again in Bloemfontein on Sunday after England finally sent a football team to a match in South Africa instead of a coachload of ghosts.

A 1-0 victory for Germany over Ghana put them on course to confront Fabio Capello’s England, who recorded a similar win against Slovenia. Both teams will approach the clash with trepidation. West Germany won the encounter at Italia ’90 in a typically melodramatic penalty shoot-out but England are the favourites with bookmakers to reach the quarterfinals. Capello’s team have taken the harder route through the tournament and are paying for their inability to beat USA or Algeria in their first two fixtures.

Sporting nemesis
More than Scotland or Australia, Germany are England’s sporting nemesis for reasons that probably require no elucidation, however hard the Mirror tried at the 1996 European Championship with their “Achtung! Surrender!” front-page headline.

The two nations are fated to collide. That 1996 semifinal at Wembley ended with England losing yet another penalty shoot-out as Germany went on to win the competition. Since then England have beaten them at Euro 2000, hammered them 5-1 in Munich (2001) and, in 2008, inflicted Germany’s first defeat in Berlin for 35 years. The Germans have retaliated by winning the last game played at the old Wembley in 2000 and consigning England to their first defeat at the new £757-million cathedral.

If Capello harboured any lingering doubts about what it means to lead the English tribe into a big World Cup game he will find out in Bloemfontein, where the game will bring both nations to a halt. But the Italian is starting to understand the idiosyncracies of those under his command: especially their low boredom threshold.

From boot camp to booze camp
With his boot camp turning sour, Capello offered to turn England’s base into a booze camp the night before the win that guaranteed their passage to the likely tie of the second round. Stung by criticism that the team’s training centre near Rustenburg is a monument to joylessness, he tried an old Brian Clough trick. In their first season in the European Cup in 1978 Nottingham Forest drove to Liverpool holding a 2-0 first-leg lead and Clough served them beer on the bus to keep them calm. Most of Capello’s players were said to be too wary to sink the South African lager but the mood on the pitch was more buoyant than in the dire draws against USA and Algeria.

“I changed something. Used my imagination. It was free South African beer,” Capello said. This rather stiff surrender to English sensibilities is unlikely to spawn karaoke nights but the players will feel he is shifting from his usual puritanism. A rumour going around Rustenburg is that the leader’s supposed resemblance to Postman Pat has been noticed in the camp. Without this win there would have been endless jokes about his failure to deliver.

America finished top of Group C with a last-minute goal against Algeria, so England missed the chance to play their next match locally in Rustenburg. —