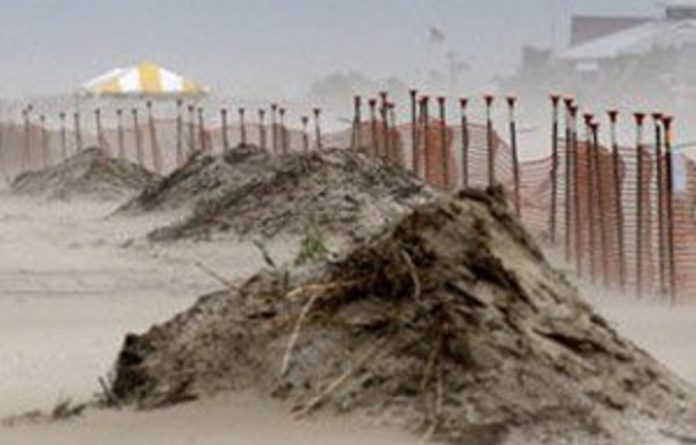 Rough weather whipped up by the season’s first Atlantic hurricane is disrupting clean-up of the massive BP oil spill in the Gulf of Mexico, delaying plans to boost containment capacity and threatening to push more oily water onshore.

The Gulf oil spill disaster has reached day 72, with environmental and economic costs to tourism, wildlife, fishing and other industries still mounting and the future of BP, the London-based energy giant, far from clear.

Local residents are braced for heavy rains and flooding from Alex, which strengthened into a hurricane late on Tuesday. The storm was on track to make landfall near the Texas-Mexico border late on Wednesday or early Thursday.

Obama administration officials continue to beat a path to the Gulf region, the latest being Vice-President Joe Biden.

“We’re not going to end this until everyone is made whole,” Biden said in Pensacola, Florida, on Tuesday.

With high winds, large waves and flooding rains on the way, controlled burns of oil on the ocean, flights spraying dispersant chemicals and booming operations are on hold for now, officials said.

Although Alex will not make a direct hit on oil platforms in the Gulf, the storm is potent enough that several companies have evacuated rigs. About one-quarter of oil production and 9,4% of natural gas output in the Gulf of Mexico have been shut, US officials said.

Work continued for the time being at the BP oil spill site, about 80km off the Louisiana coast — siphoning crude oil to surface containment vessels, flaring natural gas and drilling two relief wells.

US government officials estimate 35 000 to 60 000 barrels are gushing from the blown-out well each day. The current containment system can handle up to 28 000 barrels daily. The planned addition could raise that to 53 000 barrels.

BP’s market capitalisation has shrunk by about $100-billion since its Deepwater Horizon drilling rig sank in 1 525m of water on April 22, two days after an explosion and fire killed 11 workers.

The company’s shares have lost more than half their value, but have seen sporadic bargain-hunting on the way down. On Tuesday, BP’s US-listed shares rose 2,3% to $27,67.

The stock’s slide since late April has also sparked talk of a possible takeover bid by rivals ExxonMobil or Royal Dutch Shell.

Many Gulf Coast businesses, meanwhile, are on the verge of buckling as summer tourists stay away in droves.

A US appeals court set July 8 for oral arguments on the Obama administration’s request to stay a ruling that lifted its six-month moratorium on deepwater oil drilling.

A federal judge blocked it at the request of drilling companies, saying the suspension was too broad and arbitrary.

Along the Mississippi coast, exasperated drivers were forced to take detours along some busy beach roads to avoid oily water splashing onshore.

“I have had enough. Now it is coming up on the roads. Next the oil will be in our homes. Just watch. This is [Hurricane] Katrina all over again, just worse,” said Kelly Mills, an area resident.

On Louisiana’s Bay Baptiste, whitecaps were visible in the distance as the outer bands of Alex began to move into the region. Several marshes were only partially boom-protected, with oil coating the bottom part of reeds as crabs covered in crude scurried on nearby marsh islands.

A thin sheen of oil covered much of the bay’s water.

“Because of the spill, any effect from the storm will be bad,” said Michael Dardar (48) of Raceland, Louisiana. “High waves will drag oil over and under the boom.” – Reuters