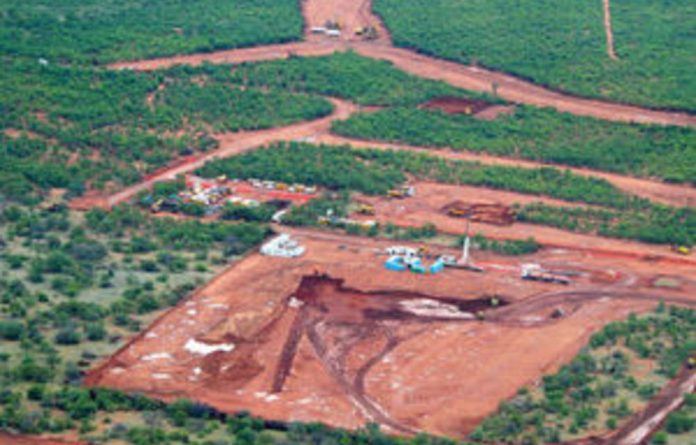 A special environmental government task team is to investigate mining in sensitive areas. This follows a swarm of controversial green lights given by the mining department for mining and prospecting rights in sensitive areas in the past couple of years.

The task team is the result of the long-anticipated meeting last week between Environmental Mminister Buyelwa Sonjica and Mining Minister Susan Shabangu. The two had met to discuss Sonjica’s concern over the controversial Vele colliery next to World Heritage Site Mapungubwe.

“The minister is still deeply concerned about what is going at the mine,” Sonjica’s spokesperson Sputnik Ratau said. But he said the minister believed the task team was a step in the right direction to resolve the environmental concerns. He described the meeting with Shabangu as fruitful.

Shabangu’s department issued mining rights to Coal of Africa at the beginning of this year, but Sonjica came out strongly against the Vele mine. She requested a formal meeting with Shabangu on the matter in February, but last week’s meeting was the first to result in significant reported progress between the two departments.

Regular surveys
The M&G understands that the department is now conducting regular surveys to determine what exactly Vele had done. This week officials from both departments flew over the mining area as part of the ongoing investigation.

“We need to determine whether the work Vele had done is within the scopes of permission it had been granted, and just how far they had gone beyond the legal framework,” Ratau said.

Coal of Africa has maintained that all the work it has done so far, including the clearing of bush and building of new structures, falls in within the mining rights order it obtained.

Last week Coal of Africa’s CEO Riaan van der Merwe insisted that the mine had acted within the law at all times.

Vele will not be the only mine investigated by the task team, though it is understood that much of its focus will be on Mapungubwe.

“The task team is to look at the bigger picture, the ultimate impact of mining on sensitive areas,” Ratau said. “And of course Vele will be one of the new focus areas, as it has been a contentious issue.”

Improved dialogue
The task team, which will have high-ranking officials from both the mining and environmental department on board, is also aimed at relieving tensions between the two departments and improving dialogue on environmental issues.

Other sensitive spots that have been in the news for mining activities include areas near Dullstroom, Chrissiesmeer and Wakkerstroom in Mpumalanga, Verlorenvlei near Piketberg in the Western Cape, as well as the Winelands.

In many of these areas only strong environmental activism served as a warning to the impacts of mining on the local environment.

But environmental activists say their job is getting more difficult with the avalanche of mining licenses the mining department has been awarding.

The two ministers will now draft a definition of what they see as sensitive areas, and the locations of these areas.

On Thursday, Gareth Morgan, the DA’s spokesperson on water and environmental affairs, welcomed the task team but called for the two departments to extend this project by establishing a mining advisory forum with a specific focus on the effects of mining on the environment.

“The discussion on what is a sensitive area should not be contained only in government,” he said. “It should be thrown open to stakeholders from civil society, including farming and environmental organisations,” Morgan said.

Unearthing the neglected role of hunter-gatherers in social transformation