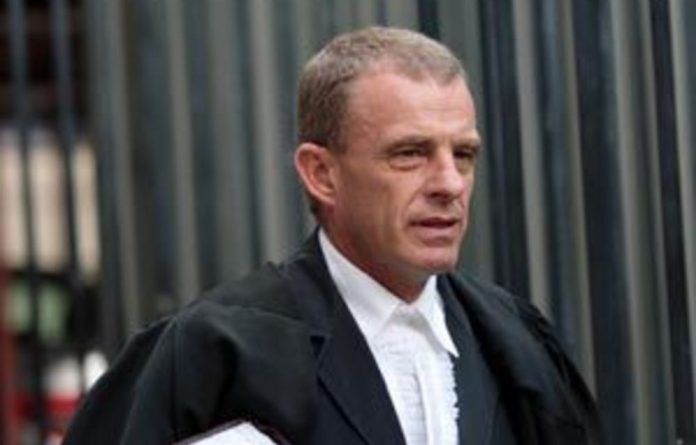 The atmosphere was solemn in Court 4B of the South Gauteng High Court in Johannesburg on Thursday as Judge Meyer Joffe started handing down judgement in the corruption trial of former top cop Jackie Selebi.

Thursday will see the end of Selebi’s harrowing trial, which has lasted eight months.

Microphones, cameras and video cameras were allowed into court for the first time in the trial. Files piled waist-high stood next to Joffe’s chair, indicating a lengthy judgement. The public gallery was the fullest it had been since the first day of the trial.

Joffe immediately plunged into the charges of corruption and defeating the ends of justice.

According to the state: “The accused is a public officer. A relationship developed between a Mr Glenn Agliotti and the accused. This relationship became a generally corrupt relationship — The accused received gifts of money and clothing — the accused shared information with Agliotti — protected Agliotti from criminal investigations.”

Joffe then ran through Selebi’s plea of not guilty to all charges. “In essence the accused denied all allegations against him — and claimed this prosecution was done with an ulterior motive.”

The state claims that Selebi took more than R1,2-million from drug dealer Agliotti, and received expensive gifts of clothing, in what was a “generally corrupt relationship”. Selebi is also accused of defeating the ends of justice by showing Agliotti secret police reports.

While the defence claimed that Agliotti, the state’s main witness, was “untruthful” and obsessed with self-progress, the state accused Selebi of being a “lying witness”.

Thursday will show who and what Joffe believes to be true — if he thinks that Selebi accepted only a single payment from Agliotti, then he may find Selebi guilty. In one ear will be the voice of Cilliers, exclaiming: “Rather let a hundred guilty persons walk away than let one innocent person land in jail.” In the other will be Nel: “The accused’s version weighs nothing, because there is no version”.