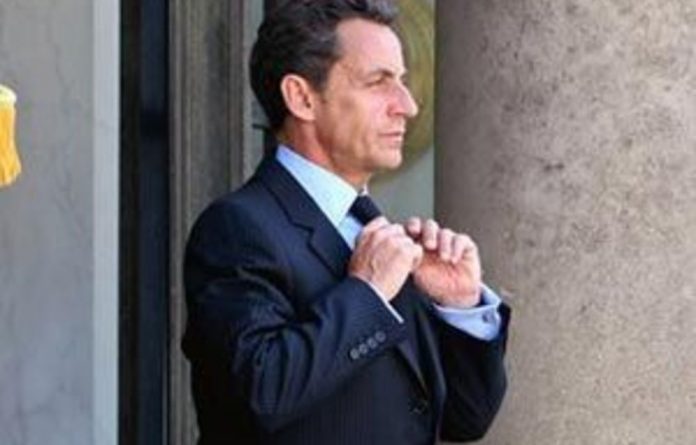 The allegation stems from a former bookkeeper for Liliane Bettencourt, main shareholder in cosmetics giant L’Oreal, and promptly raised pressure on Sarkozy to bring forward a reshuffle of his government, battered by sleaze allegations.

The bookkeeper, named only as Claire T, told the news website Mediapart she had been involved in withdrawing €150 000 in cash to be given to Woerth in unmarked envelopes as a donation to Sarkozy’s 2007 election campaign.

Claire T’s lawyer confirmed that she had given a statement to police on Monday making the allegation. Bettencourt’s lawyer could not immediately be reached for comment.

At a round-table on public health, Sarkozy said Woerth was a victim of calumny “without the slightest reality” and he wished people would take more interest in big issues such as healthcare and pensions rather than in “those who create scandals”.

Woerth, who is treasurer of the ruling centre-right UMP party and was treasurer of Sarkozy’s 2007 campaign, denied taking a single euro in illegal donations.

Woerth is leading a major pensions reform and is a key ally of the president, whose approval rating hit an all-time low of 26% last week amid sleaze allegations against ministers.

“I’ve been treasurer of my party for eight years and I think no one can accuse me of anything. Everything is clear, everything is clean,” Woerth told the news channel ITele.

“You can always believe any old rumour, but I never received a single euro in politics that wasn’t legal,” he said, adding that he had no intention of resigning.

French law limits donations to parties to €7 500 per person per year. Only €150 may be given in cash.

Wealth manager
Claire T said she had not handed the money to Woerth personally but had given it to Bettencourt’s wealth manager, who had told her he would make the handover.

Woerth’s wife worked for the wealth manager until last month. He has already denied any conflict of interest between his roles as party treasurer and budget minister until March.

Leading members of Sarkozy’s party urged him to bring forward a reshuffle planned for October, and to broadcast to the nation before he goes on his summer holiday on July 14.

“The president says he is in control of the timing, but Woerth is more and more under fire. It’s becoming politically difficult. Nothing can be ruled out,” UMP lawmaker Jacques Myard told Reuters.

Another UMP parliamentarian, Marie-Anne Montchamp, said: “We are stuck in a crisis. There needs to be a reshuffle, and a fast one.”

Mediapart, which last month reported recordings of conversations between Bettencourt and her wealth manager, also quoted the bookkeeper as saying Sarkozy had been one of several politicians who regularly received envelopes of cash directly from the billionairess and her late husband when Sarkozy was mayor of the Paris suburb of Neuilly in the 1980s and 1990s.

Asked about this allegation, an official in Sarkozy’s office said: “That’s totally false.”

Envelopes
Mediapart quoted Claire T as saying she had collected large sums in cash from a bank in Paris’s 16th district over many years, which the Bettencourts used to give to politicians who visited them at their villa in the exclusive suburb.

“Politicians were constantly marching through the house, especially at election time … They all came to pick up their envelopes, sometimes as much as €100 000, or even €200 000,” the bookkeeper was quoted as saying.

She said Sarkozy had been a regular visitor when he was mayor, and she had overheard their conversations because the Bettencourts were quite deaf and he had to speak loudly so they could hear him.

“Nicolas Sarkozy used to get his envelope too. It happened in one of the little ground-floor salons next to the dining room. It usually happened after the meal,” Mediapart quoted Claire T as saying. “Again, everyone in the house knew that Sarkozy too went to see the Bettencourts to pick up money.”

“Dede [Andre Bettencourt] liked to spread it around widely.”

She was quoted as saying she could not prove her allegations with documents because she had handed back three cash ledgers with other papers after she was dismissed in November 2008.

Mediapart said she had requested anonymity because she is being questioned as a witness by prosecutors, but had not been charged with any offence.

Two junior ministers resigned on Sunday after being accused of abusing their posts and wasting taxpayers’ money on cigars and a private jet.

A public prosecutor who reported suspicions of tax evasion by Bettencourt to Woerth’s Budget Ministry last year plans to open an investigation into the suspected laundering of evasion proceeds, his office said on Monday. — Reuters