All the pressure is on the All Blacks 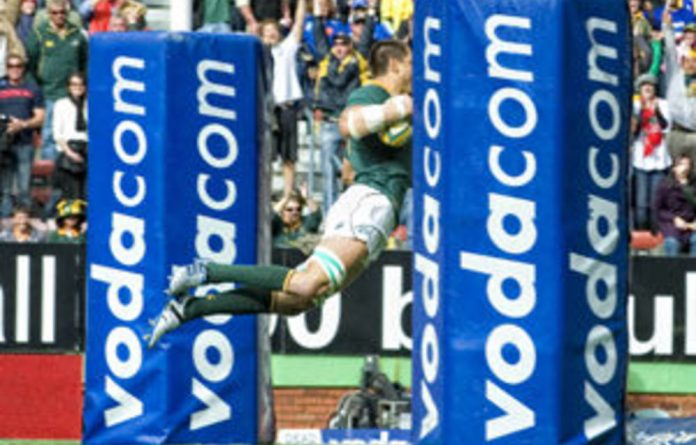 It was what we in the trade call a “stand-up opportunity”. A chance to grab a few sound-bites with All Blacks assistant coach Wayne Smith while he stood in front of a handful of television cameras and a couple of journalists.

We were in the Heritage Hotel in Auckland and it shouldn’t have been a daunting prospect for a former All Black who has been coaching at international level for the past six years and has been handling these sorts of situations with aplomb practically every week of the international season.

It was an innocuous question about the Springboks’ famed rush-defence that did it. “I’ll have to think about this one … I don’t want to give too much away,” Smith stammered before offering: “They haven’t always been using the rush-defence lately. But they have a strong defence and we’ll just have to handle it.

“Can I have a wee break? … I need some water … ,” an increasingly flustered Smith said before escaping the gaze of the TV cameras.

Smith perhaps has the easier of the two assistant coaches’ jobs looking after the All Blacks backline, but his panic attack left no doubt he is feeling the pressure; the pressure the whole team are feeling to end a run of three straight defeats to the Springboks when they meet at Eden Park on Saturday. Even more galling for South Africa’s arch-rivals is that they have lost their past two Tests at home to the Springboks.

The fact that South Africa are the world champions and have two William Webb Ellis triumphs to their name while the All Blacks have been unable to add to their inaugural World Cup title in 1987 just makes it worse. And with New Zealand hosting the 2011 event, they are desperate not to find themselves in a hole before then.

So the Tri-Nations trophy is not the only loot up for grabs for the Springboks in the next couple of months. As much as Peter de Villiers said he was focusing only on this weekend’s Test ­ — “every Test is very important, we don’t want to get ahead of ourselves; we will focus only on this game and then look ahead to the next one” — he will be acutely aware that the Springboks have the opportunity to exact some terrible psychological damage on the All Blacks in Auckland on Saturday and in Wellington next week.

They will be up against a New Zealand side that boasts a top-class backline with the likes of Dan Carter, Ma’a Nonu, Conrad Smith, Joe Rokocoko and Mils Muliaina. But a question mark remains against an All Blacks pack that have to at least gain parity against their experienced opponents.

The New Zealand Herald described the Springbok lineout this week as the best in the history of the game and the All Blacks forwards will not only have to counter the genius of Victor Matfield’s machine but also find a legal way to sack the rolling mauls that are such a deadly spin-off from the set-piece.

The absence of scrumhalf Fourie du Preez may yet be a telling factor, but the Springboks still have the kicking game to keep the All Blacks under pressure, as well as the individual flair to mix it up on attack.

“South Africa have played more expansively this year, they have threats right across the field and they have developed their game over the last couple of seasons,” Smith said.

But however downtrodden the hosts may seem to be, the Springboks need to remember it is still the All Blacks at Eden Park that they will be facing. New Zealand are unbeaten in Tri-Nations Tests at the currently under-construction stadium and South Africa have not beaten the All Blacks at Eden Park since 1937, losing five and drawing one of their six Tests there since then.

There will be 48 000 passionate All Blacks supporters yelling in the stands on Saturday as well. “It’s usually quite a parochial crowd in terms of supporting New Zealand,” Smith said with a smile.

Of course, if things start to go wrong for the home team, those 48 000 people can also pile more pressure on the All Blacks, so a Springbok team that is not short of quality or experience will be looking to keep the squeeze on against their greatest rivals.A hat-trick of wins on New Zealand soil is something they have never achieved and may prove a mortal blow to the psyche of next year’s World Cup hosts.