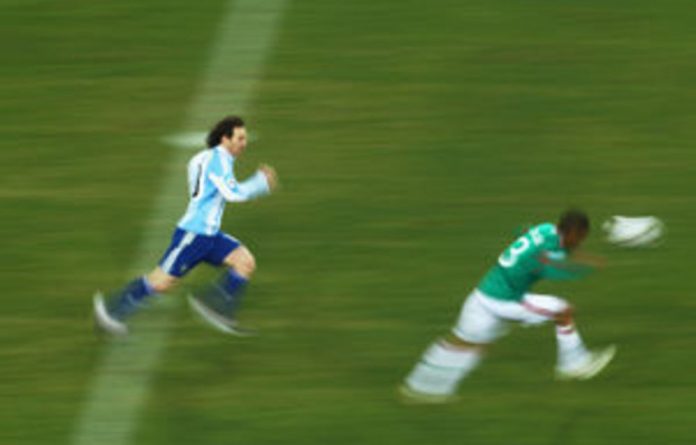 As the World Cup ends, the galaxy of football stars in South Africa has thinned as many have returned home, some unceremoniously.

Kaká, Ronaldo, Lionel Messi, Wayne Rooney, Franck Ribéry, Steven Pienaar, Didier Drogba, Samuel Eto’o, Robinho and even the enigmatic Diego Maradona failed to live up to expectations and inspire their teams to the final. Save for Messi, the so-called aristocrats of the game did not justify the hype.

Instead, teams such as Portugal, Germany, Holland and Spain have demonstrated that football is a team sport. All the teams that depended on their big stars for salvation have been sent packing as collective effort reigned supreme.

“They don’t play for the team but for themselves and want to show off when they are here,” Lama told the Mail & Guardian. It was a youthful Ghana, with no big names to speak of, that saved Africa from blushes, after all.

Germany, another youthful team, has best epitomised teamwork. Few gave them a chance after Chelsea star Michael Ballack was injured. Yet they were responsible for the early exit of Rooney’s star-studded England and the unexpectedly quick return home of Messi and Maradona.

The stars have been left shell-shocked, but are under no illusions as to why they capitulated. “We didn’t play as a team and that was our biggest problem,” Carlos Tevez of Argentina was quoted saying in The Guardian. “It was the fact that we didn’t play as a team that cost us. We have some of the top players in the world. Germany and Holland don’t have top players, but they won their games and made it as a team.”

But exercise physiologist Ross Tucker offered some reprieve for the bruised egos of football’s greatest. He blames fatigue for some of the poor performances witnessed.

“While I cannot really speak for football, our studies have shown that the maximum number of games a rugby player should play is 30 in a season. Then he must rest,” said Tucker.

Rugby players run between 6km and 8km in a match, while footballers run an average of 9km to 13km, he says. “Given that footballers run more, it follows that they must get rest.” He recommends at least one month of total inactivity for a player to recover both emotionally and physically.

“Mental fatigue affects players, especially after a long, successful season. They won leagues and cups and then they come here and think: ‘I have to do it all over again.’ It can be very taxing to the body and affects performance,” said Tucker.

With the World Cup, this year the football season was almost 12 months long. This is not ideal, warned the physiologist.

“Fatigue is cumulative and builds up gradually in the course of the season. Once affected, players tend to lose interest and become depressed because they lose their sharpness,” said Tucker.

Pienaar and Rooney certainly seemed to be victims of burnout, since they played a lot of football before the World Cup. But it still does not explain why celebrated players choose to be individualist rather than play as a unit in their national colours.