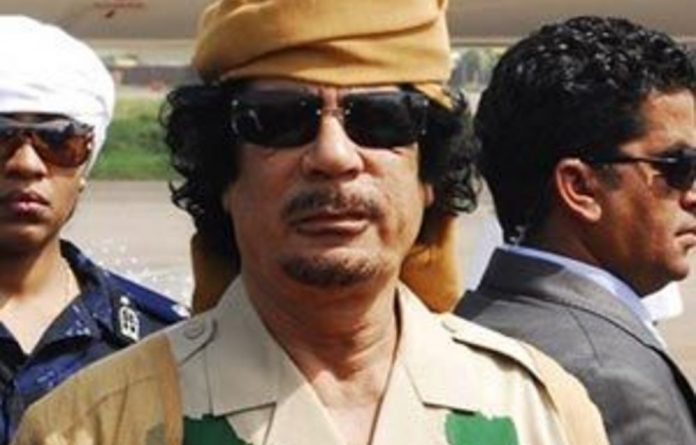 Libyan leader Moammar Gadaffi said on Tuesday his dream of a United States of Africa was still alive, and this week’s African Union summit was another step towards that objective.

Gadaffi has been pushing for an African unity government for years, saying it is the only way Africa can develop without Western interference, but many African states say the idea is impractical and would encroach on their sovereignty.

Like previous African summits, this week’s gathering in the Ugandan capital, Kampala, discussed steps towards creating an African government, but the issue was overshadowed by chaos in Somalia and an international arrest warrant for Sudan’s president, Omar al-Bashir.

“I am satisfied that Africa is going along its historic and right road,” Gadaffi told a small group of reporters in Kampala at the end of the summit. “One day it will become similar to the United States of America.”

“We are approaching the formation of the African Authority, and each time we solve African problems and also move in the direction of peace and unity. We deal with problems step by step. We are continuing to do that,” Gadaffi said.

Gaddafi held the African Union’s rotating chairmanship last year, and he used it to push for the organisation’s small executive body to be granted enhanced powers and remodelled as the African Authority.

Asked about that proposal on Tuesday, Gadaffi said: “Studies are still continuing and it is not finished yet. Experts and the people responsible are still studying the documents. They might be completed at the next summit or after.”

Some African leaders say they cannot be expected to cede sovereignty to any African bloc just decades after they wrested it away from their colonial rulers.

But Gadaffi’s idea has had a sympathetic response in some states, helped by his reputation in parts of the continent as a champion of the developed world and also by the millions of dollars in aid his oil-exporting country spends in Africa. — Reuters