Action on global climate may drift for years 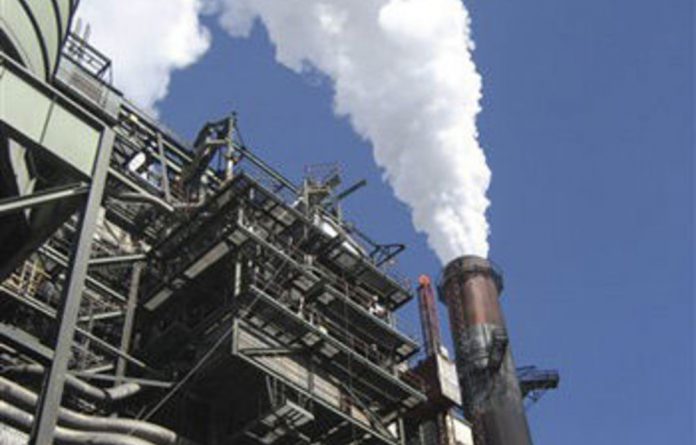 International action on climate change looks likely to drift over the next two years as politicians waver on tougher carbon caps in the wake of the financial crisis.

Recession in industrialised countries has focused attention on the cost of cutting emissions. And green motivations suffered a huge blow with the failure of United Nations negotiations to deliver a deal in Copenhagen in December.

Talks resume next week in Bonn, Germany, but a new draft text is as vague as ever on targets and a timetable to cut carbon emissions.

“I suspect that we’re in for a fairly long period of slowdown, you’re talking about a two to three years’ timeframe before you restore the political momentum,” said Tom Burke of Imperial College London.

The global renewable energy market is tipped to have a record year in 2010, thanks to existing support and subsidies, but a climate deal would boost investment above the current level of about $200-billion annually.

“Domestically, there is going to be [US] climate policy, in terms of congressional action it’s less likely,” said Harvard University’s Robert Stavins, referring to state regulations which will likely apply in lieu of a stalled climate Bill.

The most likely scenario for approval of a Bill could be if US President Barack Obama won a second term, from 2013, when recession was well over, Stavins added.

The US delay would come as a “major disappointment” to governments and environmental groups, said Robert Watson, chief scientist at Britain’s environment ministry.

“What signal does that send to other governments as they go into negotiations leading up to Cancun and beyond?” he said, referring to the next major UN climate meeting in Mexico at the end of the year.

The UN negotiations are meant to deliver a new deal to succeed the Kyoto Protocol whose present round expires in 2012.

Looking over the cliff
The negotiation doldrums are partly a failure of nerve.

“Governments have taken a look over the cliff and seen what’s really involved in getting to a carbon neutral energy system by 2050 and have thought — ‘Whoops, do we really know how to do this?’,” said Tom Burke.

“You’re talking, in terms of making the changes necessary to deal with climate change, of unzipping the business model of the oil companies.”

The latest delays to US and Australian legislation will only spur opposition from the fossil fuel industry, for instance in Europe over a decision on whether or not to strengthen carbon curbs through 2020.

China and other emerging economies may face less opposition from their fossil fuel industries, because increasing power demand is such that the priority is simply to add new capacity.

“It’s that much harder in mature economies because it’s about substitution, which puts you up against incumbents,” said HSBC analyst Nick Robins. It means replacement of ageing power plants rather than building additional capacity.

For all its renewable energy ambition, China’s carbon emissions are surging, but it says the onus of action is on developed countries, a long-running bone of contention in the UN process.

A long-term global goal to limit warming to 2°C, aspired to in Copenhagen, appears out of reach.

The “climategate” furore over the reliability of climate science, following leaked emails and disclosure of two errors in a UN report, may be blowing over.

“The very large majority of scientists who have truly looked at this issue in detail … are absolutely convinced the climate is changing,” said Britain’s Watson. – Reuters