Wizardry has taken off 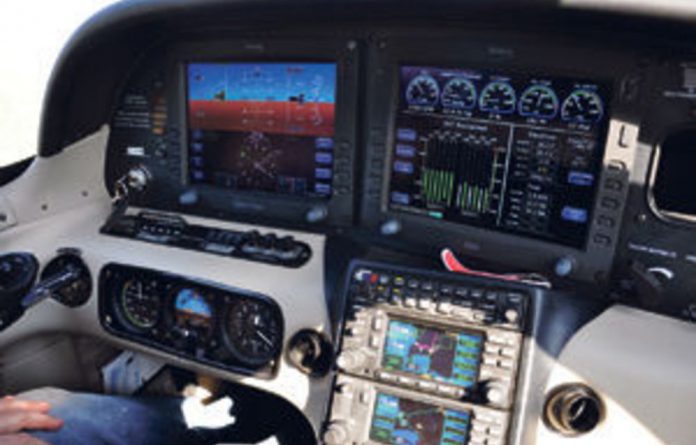 In 1995 the world’s largest twinjet airliner, the Boeing 777, entered service for the first time.

It was the first totally computer-designed commercial aircraft. Just as computers have entered virtually every facet of commercial life, entertainment and personal communication, so they have transformed the face of aviation in the past two decades.

Today, if you’re in the air, you have an impressive array of technology at your fingertips. In fact, some of the skills you might associate with games consoles, cellphones and computer keyboards are now de rigueur everywhere on aircraft — from passenger cabins to the flight deck, and beyond.

Starting at the front of the modern airliner, the hundreds of dials, switches and individual instruments traditionally facing pilots have been replaced by a few screens and input panels in so-called glass cockpits.

The process was started by Airbus about two decades ago and is now standard on most new airliners. These days computers handle everything from satellite navigation, aircraft systems and engines to diagnostics, fuel management and even flying itself.

Autoland functions mean aircraft fitted with it can touch down unaided by humans save for some programming. Digital on-board entertainment is on demand in every passenger’s seat and serves up hundreds of movies and audio tracks.

Satellite phones mean passengers can make cellphone calls on some airliners while airborne — much to the chagrin of fellow travellers who have until now relished flights as a mobile-free experience. Some airlines also offer wireless networking for internet users.

Heavy mechanical hydraulic systems that used to move flaps, landing gear and other aircraft controls have been replaced with fly-by-wire electronics that do the same job more efficiently. Some glass-cockpit technology has started to filter down to private aircraft, feeding pilots with an amazing amount of control and navigational information.

But technology is not everything and airliners still employ mechanical instruments and back-up systems for when computers fail. Over the years refinements have had to be made to in-flight technology because sometimes pilots would have to “fight” the computers for control of the aircraft.

Some analysts say virtualreality air traffic control systems will one day be a reality in which ground-based personnel will be able to immerse themselves in computer 3D-generated airspace using goggles and electronic “gloves” to direct aircraft and contact air traffic in and around airports. Also on the ground sophisticated flight simulators mimic actual flightdeck environments and wraparound screens generate realistic scenery.

The simulators are on hydraulic stilts that move to replicate the sensations of flying. Some are so realistic that the first-time trainee pilots actually take to the skies, once they have done a conversion course on the simulator, with paying passengers in the back of the real thing.

Airline ticketing systems have been revolutionised by the internet and passengers can plan, book and pay for air travel online. They can select their seats and even issue their own boarding passes before heading to the airport.

Baggage systems, too, have received the computer treatment. Once bags are tagged they can be read by barcode scanners and be automatically directed to aircraft or retrieval carousels. Perhaps that’s the final arbiter of technology’s fallibility.

When you are in Cape Town and your luggage is in Dubai you might scratch your head and wonder about what else can go wrong.