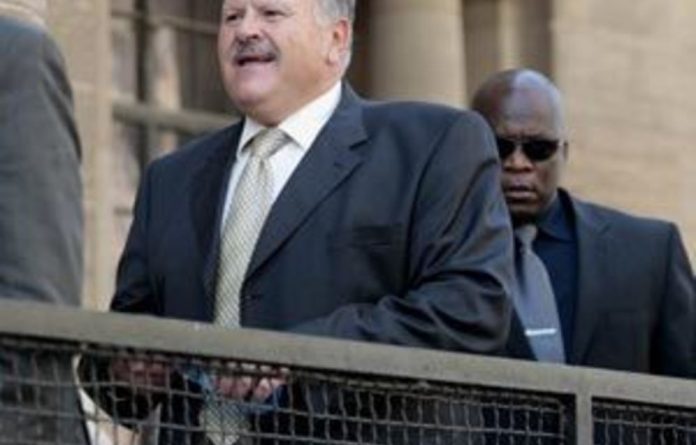 This is what Laurance Hodes, defence counsel for Glenn Agliotti, who is accused of murdering Kebble in 2005, told the South Gauteng High Court on Tuesday morning, day seven of the trial.

Hodes showed the court an email sent from Vink directly to Stratton in June 2010, which says, regarding the Kebble shooting, “It’s currently a good time for us to sit together and determine a solution to these problems.”

The letter was addressed to “Uncle John”.

Efforts to have Stratton extradited to South Africa in relation to Kebble’s murder have as yet been unsuccessful.

According to Hodes, Vink was implying that he had been in contact with the National Prosecuting Authority (NPA). But the NPA knew nothing about it.

In a heated response, Stratton’s attorneys asked Vink to leave their client alone. “We understand that you have seen fit to email our client intimating that you had met with the prosecuting authorities in respect of the Kebble murder —We would like to formally advise you not to contact our client, or for that matter to make any assertions of any nature to the NPA that you are in any way connected to or have any involvement with our client — we place on record that you have no authority to act on our client’s behalf or to create any impression or engage the NPA on the assumption that you act on our client’s behalf.”

Vink had, three years earlier, arrived at Stratton’s house in Perth where he attempted to speak to him about a plea bargain.

“You offered plea bargains to all and sundry,” Hodes told Nassif.

Nassif denied any knowledge of the email from Vink to Stratton.

Later in the morning, Hodes questioned Nassif on the statement of his former employee, Mohamed Mazibuko, on Nassif’s drug-trafficking activities, which involved the transport of boxes of hashish.

Nassif is the fifth witness in the murder trial of Kebble, which began last Monday.