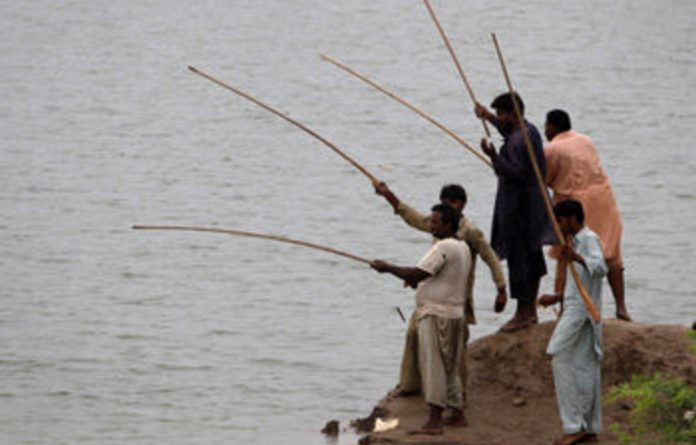 The busy roadside aid station for flood victims seemed ordinary enough. Huge pots were lined up to distribute cooked food to the hungry. An ambulance, now no longer needed to ferry the injured, was being loaded up with bundles of second-hand clothing to be given away. But rather than being run by a humanitarian agency or government officials, the aid station on the outskirts of Charsadda, a town in the north-west that has seen some of the worst flooding in Pakistan, was set up by a group alleged to be international terrorists.

Jamaat-ud-Dawa, a hardline Islamist organisation thought to be a front for Lashkar-e-Taiba, the group blamed for the 2008 assault on Mumbai, said it had 2 000 members working for flood relief across the north-west of the country and down into Punjab province.

With the government overwhelmed by the scale of the disaster, the worst flooding in Pakistan in at least 80 years, a gap has opened up for well-organised Islamic groups, mainstream and extremist.

They have been able to win hearts and minds in a region most hit by militancy and the threat of a Taliban takeover. Across the deluged north-west, locals complained bitterly that government help was almost entirely absent.

The UN said on Tuesday that the flooding, caused by monsoon rain, has now affected three million people, with the death toll put at about 1 500 by the provincial government.

The World Food Programme estimated 1,8-million to be in urgent need of water, food and shelter. An outbreak of water-borne diseases such as cholera is now feared.

In the Khyber-Pakhtunkhwa province, homes, businesses and crops have been washed away. Roads and electricity networks have collapsed, with 91 bridges in the province and 10 000 power lines ripped down by the raging waters. Rising water levels have threatened Pakistan’s third-largest dam, the Warsak, prompting relief officials to ask residents in the northern outskirts of Peshawar to leave their homes. The floods are now reaching further south in the Punjab province, as the waters surge down country.

At the aid station Hajji Makbool Shah, a 55-year-old flood volunteer, said he was a member of Jamaat-ud-Dawa but distribution was under the Falah-e-Insaniyat arm of the organisation.

Yaya Mujahid, spokesperson for JuD, said the group was working with Falah-e-Insaniyat. “We’re present to help in all the places where the floodwaters have gone,” said Mujahid.

Lashkar-e-Taiba was banned in Pakistan in 2002, after which the group used Jamaat-ud-Dawa as its name — though it claims to be unrelated to LeT. When British Prime Minister David Cameron controversially last week accused Pakistan of “exporting terror”, Jamaat-ud-Dawa would be one of the groups foremost in his mind. It exists in a legally ambiguous status in Pakistan.

Following huge international pressure in the aftermath of the Mumbai attack, in which more than 160 people were killed, and the UN passing a resolution proscribing the JuD, Pakistan outlawed the outfit. However, a subsequent court challenge by the group’s leader, Hafiz Saeed, successfully argued that no actual legal order had been passed. JuD was also active in the aid effort after the massive 2005 earthquake in northern Pakistan, even winning international praise for its work, and also in caring for those displaced from the Swat valley last year when the army mounted an operation to recapture the area from the Taliban.

Absent authorities
Just down the road from the JuD aid station, another Islamic group, Al-Khidmat Foundation, this one perfectly legal, was housing about 380 families left destitute by the floods, in two private school buildings. Al-Khidmat is part of a mainstream but fundamentalist political party, Jamaat-e-Islami.

“The government is paralysed,” said Javed Khan, head of the local branch of Al-Khidmat. “The whole province is in trouble and the authorities are absent.”

Inside the school, Naila Fazli Rabi, an 18-year-old woman who had been given shelter there, said the water had been about 12ft high and had swept her family home away in the nearby village of Arbab Korna.

“Al-Khidmat is helping us, the government has given us nothing,” said Rabi. “We had spent 3-million rupees ($36 000) on the house. Now we cannot even dream of rebuilding it. I don’t even have 30 rupees.”

A senior Charsadda administration official, Kamran Rehman Khan, said that about 500 000 people had been affected by the flooding in his district alone, out of a population of 1,7-million.

He said he was unaware of the activities of Falah-e-Insaniyat or Jamaat-ud-Dawa in the area. “The magnitude of the problem is such that any government in the world would struggle to cope with it,” said Khan. “We were not prepared for such a big disaster.”

The British colonial government had built a local headworks back in the early 1920s, he said, that could hold 174 000 cusecs of water, but 400 000 cusecs had come gushing down, blowing away its gates. “We had banked on British engineering, designed to cope with the worst flood situation, but it failed us,” said Khan. – guardian.co.uk