Mabuza and the R450m building 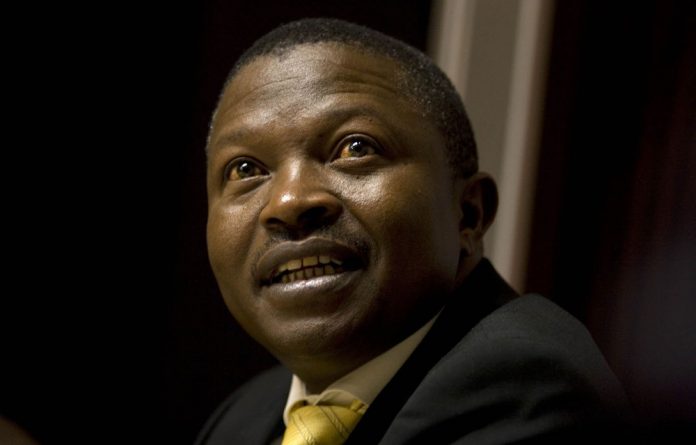 The Mpumalanga government has been accused in papers filed in the Labour Court of signing a deal to buy a building in Nelspruit for R458-million — more than four times its market value.

According to Priscilla Nkwinika, suspended head of Mpumalanga’s public works department, the deal was driven by Mpumalanga Premier David Mabuza.

Nkwinika has brought an urgent application — to be heard on August 6 — to quash charges against her and stop a disciplinary hearing on August 10. Mabuza had, at the time of going to press, not filed responding papers.

In her application Nkwinika states that the disciplinary hearings were part of a campaign of “malicious prosecution” by Mabuza, after she twice refused his instructions to sanction the purchase of the office complex for R600-million.

Nkwinika alleges that Mabuza first approached her in October 2008, when he was provincial agriculture minister, to buy the three properties and that she agreed to “follow all the procurement processes, taking into consideration also the reports on the evaluation of the said buildings”.

Nkwinika was unable to complete the investigations and present her report on the financial viability of the buildings to the provincial executive council before last year’s elections.

Her affidavit states that Mabuza approached her in May last year — after being installed as Mpumalanga premier — “and again instructed me to purchase the Sonjoy buildings for R600-million irrespective of the evaluation reports that were still pending”.

According to Nkwinika, Mabuza “told me … to proceed with the sale irrespective of the evaluation price and he told me that treasury will make available R100-million for the first instalment, and that the instalments were to be paid directly into the seller’s account and not into a trust account … the seller was to be allowed to use the money and in the meantime we should still pay for the leasing of the building.

“I was told not to request the seller to furnish security for the transaction. I refused to do that.”

The Mail & Guardian is in possession of an offer to purchase the three properties that comprise part of the building, signed in January 2010 in Nelspruit by Kgopana Mathew Mohlasedi, the accounting officer for the Mpumalanga public works department.

The deal, which Mohlasedi confirmed as “concluded” in a letter to provincial treasury requesting the R100-million down payment, was for R458-million.
The M&G also has in its possession an independent evaluation of the properties by JBV Valuers and Appraisers on behalf of the provincial public works department in July 2009. According to JBV, the combined value of the three portions of the building — at Riverside Park on Nelspruit’s Government Boulevard — was just more than R112-million.

Commercial real estate agents in Nelspruit confirmed to the M&G that the value would not have escalated so dramatically between the evaluation and the offer to purchase early this year.

The agents, who asked not to be named, also confirmed that aspects of the purchase agreement were “highly irregular”, including the stipulation that the down payment of R100-million “need not be held in trust by the seller’s conveyancer pending registration of transfer, but may be used by the seller with immediate effect as it may deem fit in its sole and absolute discretion”.

The offer also stipulated that the balance of the amount owed would be paid in R100-million instalments on or before March 31 each year. This money would also “not be held in trust by the seller’s conveyancer but may be used by the seller upon payment with immediate effect as it may deem fit in its sole and absolute discretion”.

The seller is Hardplay Investments 6 (Pty) Ltd, the sole director of which is Sharon Miranda Pillay.

Although the properties were bought between 2005 and 2007 for a combined total of R5,4-million, total bonds taken from Investec Bank to purchase them amounted to R80-million.

Approached for comment, Pillay she said she had none to offer and put down the phone.

National treasury spokesperson Jabulani Sikhakhane confirmed that the treasury was discussing the sale with the Mpumalanga government.

The M&G emailed questions to Mabuza about Nkwinika’s allegations and followed up with several phone calls to his spokesperson. At the time of going to press his office had not responded.

The Mpumalanga department of finance had also not responded to emailed questions at the time of going to press.