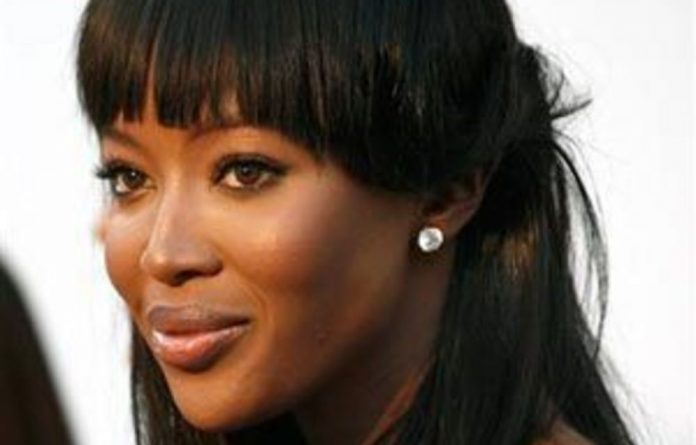 Police were on Tuesday trying to establish the origins of uncut diamonds handed by Naomi Campbell to a Nelson Mandela charity trustee, a gift that has dominated a Liberian war-crimes trial.

Police will try to determine if the gems originated from Liberia. The country’s former president, Charles Taylor, is accused of giving the stones to the British supermodel, which would link him to the “blood diamond” trade.

“Our inquiry needs to determine that fact and that is what we are going to be busy with,” Musa Zondi, spokesperson for the police special investigations unit, said.

“Possession of uncut diamonds is an offence. Ours is to search for truth and we are investigating the offence and who might be responsible.”

Campbell testified last week at Taylor’s war-crimes trial in The Hague that she had received the “dirty-looking stones” after a 1997 dinner hosted by Nelson Mandela, which she assumed were from the then-Liberian president.

The supermodel then gave the stones to Jeremey Ratcliffe, then the director of the Nelson Mandela Children’s Fund, who handed three small uncut diamonds to police last week. The stones have been authenticated as real diamonds.

“I took them because I thought it might well be illegal for her to take uncut diamonds out of the country,” Ratcliffe said in a statement.

Campbell had wanted the fund to use them for its work, but Ratcliffe said he did not want to involve the charity in any possible illegal activities.

“In the end I decided I should just keep them,” he said in a statement last week.

The gems have dominated media attention since Campbell’s testimony on Thursday.

Fellow dinner guest Mia Farrow testified on Monday that Campbell had named Taylor as the man who sent her a “huge diamond”. Campbell’s ex-agent, Carole White, said there were about six rough stones.

South African police said prosecutors would have to decide whether to file any charges against Ratcliffe, who kept the diamonds in secret for 13 years.

“A factor that influenced me not to report the matter to anyone was to protect the reputation of the [Nelson Mandela Children’s Fund], Mr Mandela himself and Naomi Campbell, none of whom were benefiting in any way,” said Ratcliffe. — AFP