Kebble ‘depressed and troubled’ before his death 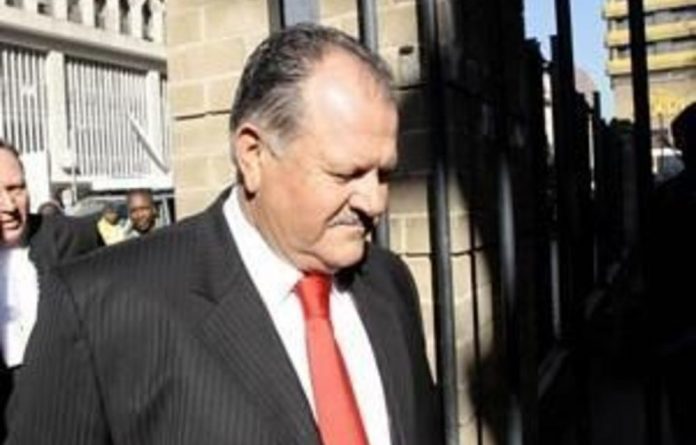 On Wednesday morning, late mining magnate Brett Kebble’s housekeeper, Andrew Minnaar, gave the South Gauteng High Court some insight into Kebble’s state of mind in the days before his death, as well as a fistfight with his father and his relationship with former police national commissioner Jackie Selebi.

Minnaar was the seventh witness to testify in the Kebble murder trial. Drug dealer Glenn Agliotti is accused of the murder, which took place on September 27 2005.

Kebble “drank pretty heavily”, Minnaar said during cross-examination by Agliotti’s defence counsel, Laurance Hodes. On the day of Kebble’s death, he drank three gin and tonics at 11am, followed by a bottle of wine at lunch. He would usually drink whisky, beer and wine before dinner, as well as wine with dinner and “grappa or something like that” after dinner.

On the night of his death, Kebble had steak and chips with two guests before leaving the house “without his jacket”, according to Minnaar.

Minnaar said that Kebble became a “recluse” and was “depressed and troubled” in the days before his death.

He woke up on the morning of his death with a sore stomach from prawns that Minnaar had prepared for him the night before.

Minnaar said that a few days before his death, Kebble sold his house in Illovo and “retrenched everyone on the property”.

Minnaar also told the court about a fistfight that broke out between Kebble and his father, Roger, in July 2005, two months before Kebble’s death. The fight took place in Brett Kebble’s Illovo home, and left furniture and crockery broken.

Also included in Minnaar’s testimony was the alleged relationship between Selebi and Kebble. He said that Selebi visited Kebble “at least once a month”, always in the presence of Agliotti.

“I never saw Mr Selebi without Mr Agliotti, I know Selebi didn’t eat meat and didn’t drink — Both Brett [Kebble] and Selebi were Zuma supporters and Brett was supporting Selebi with the Khampepe Commission”.

The Khampepe Commission was set up to investigate the Scorpions.

Hodes asked Minnaar about his statement that Kebble and his business associate, John Stratton, wanted R15-million from Agliotti for money allegedly paid to him to elicit services from Selebi.

“Selebi was supposed to do certain things for Brett and they never happened,” said Minnaar.

Minnaar’s testimony contradicted that of boxer and alleged shooter Mikey Schultz, as well as that of the former security boss for the Kebbles’ companies, Clinton Nassif. Nassif and Schultz both said they went to Kebble’s house on the day before he was shot — Nassif went inside the house and Schultz stayed in the car. Minnaar’s testimony was that only Nassif arrived, and that no one else was in the car.

Hodes accused a trembling Minnaar of being coached to sign a statement that only said what the prosecution wanted included in it, and that he was “dishonest”.

Minnaar admitted that there were things that the Scorpions pushed him to focus on, which led to Hodes attacking him.

“You’re not telling the truth, you’re making it up as you go along,” said Hodes. “You took an oath, you swore to things that you say were sanitised.”

Court was adjourned at lunchtime until Thursday morning.