Media Tribunal: Why Stop There? 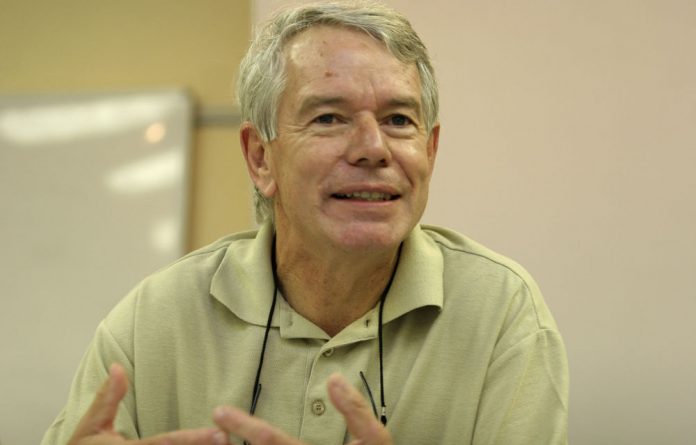 Deputy Minister of Transport Jeremy Cronin’s article: “Do we need an independent media tribunal” on Umsebenzi Online makes for compelling reading, not least because I have always enjoyed his writing. Cronin’s piece raises a number of valid criticisms about commercial news media — but he does not go far enough.

The damage has already been done and recourse to the courts of law is costly and time-consuming. If even a well-paid politician pauses at the thought of spending so much time and money on legal action, then what about the rest of us?

The media tribunal is a quick, cheap and efficient way of bringing errant journalists and editors to book. But news media are not the only ones in the media who have made spurious claims about politicians. Artists, especially hip-hop artists, have leveled serious and often unproven allegations against our democratically elected representatives who are so much maligned.

For example, Black Noise’s Emile YX made the following spurious claims on a recent song: “The people have no power, it’s a dictatorship democracy / After elections, decisions are made independently / Deny the Dali Lama entry for Chinese puppetry.”

An Mpumalanga rap crew made some waves on YouTube with these lyrical claims: “My president’s a pimp without the pink suit / with an appetite for forbidden fruit / The new constitution grants freedom of polygamy / so he took the opportunity to start many a new family.”

Rapping critiques
More prominent rappers like Tumi of Tumi and the Volume speak out against BEE and the new black elite on The Now Rich and Zubz critiques xenophobia on the bonus track of Tumi’s new album, Whole Worlds. Female crew Godessa raps on PropAgenda: “Telkom’s monopoly is ridiculous / still no ring tone in many rural villages.”

Surely, these insulting hip-hop lyrics cannot go unchallenged? And I have not even mentioned the work of poets, novelists, film directors and playwrights. I suggest that Deputy Minister Cronin extends his support for a media tribunal to an artists’ tribunal.

This way, the ruling party can be sure that it does not waste time and funds on lawsuits against offending artists. One or two prominent cases will set a precedent so that these errant artists may know what sorts of art contribute to the national project.

Speaking of the national project, many university scholars have published works that are also highly critical of politicians, service delivery and government policy.

Some of these academics include Adam Habib, Ashwin Desai, Guy Berger, Pumla Gqola, William Mervin Gumede and (mea culpa) I. There are many other scholars out there who are producing academic work that the SACP and the ANCYL would consider unsuitable and less than flattering. Cronin should therefore push for an academics’ tribunal as well.

Hotline?
If a media tribunal, an artists’ tribunal and an academics’ tribunal do not go far enough in securing the assurances that the ruling party seeks, then it can also set up a whistleblowers’ hotline so that defamatory remarks and actions can be reported swiftly and efficiently without fear of retribution from civil society.

This way, the tripartite alliance can be sure that no heretical texts or performances are produced; be it in the news room, a lecture theatre, on stage, in a music studio, in a TV studio, on a film set, in a book, in an academic journal article, on Facebook, on YouTube or any place where counter-revolutionary practices need to be nipped in the bud.

Without a doubt, these new tribunals will be the most effective chapter nine institutions in South Africa. Asikhulume, indeed.

Dr Adam Haupt is a senior lecturer at the centre for film and media Studies at the University of Cape Town. He is the author of Stealing Empire: P2P, Intellectual Property and Hip-Hop Subversion.