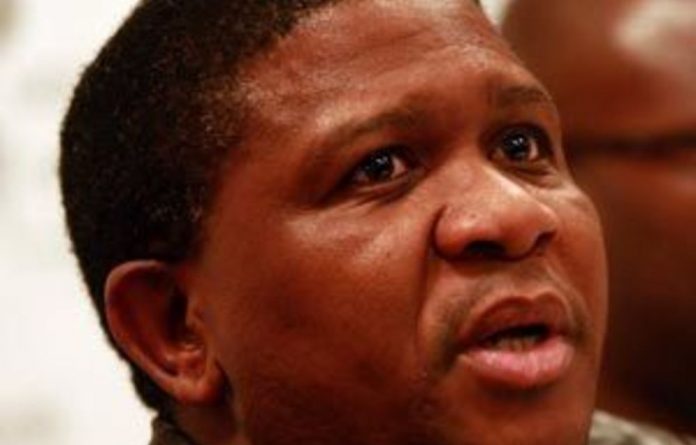 A recent count showed the ruling African National Congress (ANC) had more than 820 000 members — and many of them Afrikaners, officials said on Thursday.

“The ANC is indestructible … in particular, Afrikaners are joining the ANC,” Deputy Police Minister Fikile Mbalula said in Johannesburg.

He was briefing the media on the Imvuselelo (renewal) campaign in which the ANC aims to have one million members by 2012.

He could not say exactly how many Afrikaners had joined the ANC since President Jacob Zuma launched the campaign in May.

“How many Afrikaners … we don’t think we’ll be able to get to those details now,” replied Mbalula, but undertook to make that information available at the party’s national general council meeting next month.

ANC spokesperson Jackson Mthembu said it was important for the ANC to have members across all races and language groups.

“One of the values of the ANC is to build a non-racial society … how do we build a South Africa that is for all when we can’t interact [with all races]?” asked Mthembu.

Mbalula said the ANC was busy cleaning up its membership database, which showed it had 1,8-million members, but this data was unreliable and outdated.

“Some of them have died, some have crossed to Cope … we are basically cleaning up the system. We don’t want to count the dead and departed,” said Mbalula.

In the cleaned up database so far, 749 112 members had been identified. IN addition to that, the ANC had recruited 72 623 new members since the launch of the campaign. — Sapa