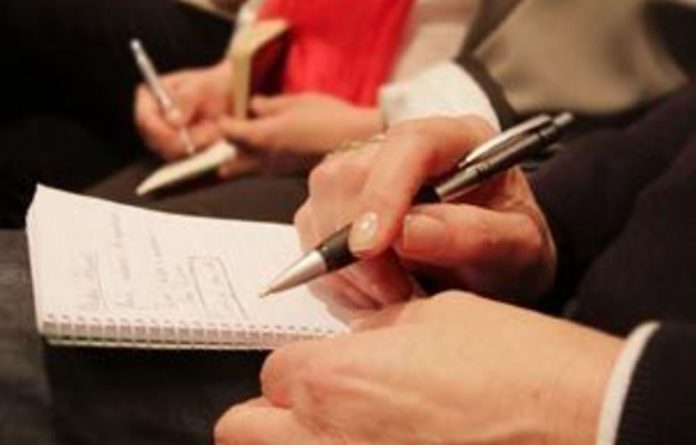 The furore over the Protection of Information Bill and the ANC’s proposed media appeals tribunal (MAT) has gone international, according to a statement sent to the media on Thursday.

The IPI is a global network of publishers, editors and leading journalists.

In the letter, IPI interim director Alison Bethel-McKenzie expressed deep concern over “recent moves which we fear will endanger the independence and vitality of the South African media”.

“We believe that plans for a government-appointed media appeals tribunal, as well as a draft Protection of Information Bill, if enacted, will endanger the South African media and thereby threaten the people of South Africa’s right to information and rigorous political debate,” she said.

Self-regulation in place
The proposed tribunal came despite the fact that a system of self-regulation was already in place through the Press Council, in the form of a Press Ombudsman and an Appeals Panel.

The current Press Council had proved its independence and had frequently ruled in favour of ANC and public officials, forcing newspapers to print embarrassing retractions and corrections — the ultimate sanction for a business that depended on its consumers’ loyalty and trust.

The current Press Council was inclusive, and both journalists and public representatives sat on the adjudicating panels.

Bethel-McKenzie said any MAT would not be independent.

“If the MAT is appointed by Parliament, it will face an inherent conflict of interest that will skew its rulings in favour of public and party officials and essentially amount to government oversight of the media, which is unacceptable,” she said.

New bill
The call for a MAT coincided with consideration, by the National Assembly, of the Protection of Information Bill.

The bill, which aimed to regulate the classification of secret state information, also contained a number of provisions that would damage investigative journalism in South Africa.

The bill provided for a very low threshold for classifying information, but at the same time imposed draconian penalties on those who revealed that information, without providing for a public interest defence.

Under the draft law, officials who abused their authority to classify information might be punished with a fine or up to three years in jail.

Those who exposed such information, however, would be penalised with between five and 25 years in prison — an unfair penalty system that encouraged secrecy and could lead to the erosion of investigative journalism.

Both the bill and the proposed MAT seemed to represent a policy of protecting public officials, and punishing those who would hold them accountable.

“Mr President, as leader of the ANC and of the country, we hope that you will urge the amendment or withdrawal of the Protection of Information Bill, and will act now to end the creation of the media appeals tribunal.

“Thank you for your kind attention to this matter. We look forward to hearing how your government and your political party will work to ensure continued press freedom in South Africa, and would be happy to meet you, at a time of your convenience, for further discussion,” Bethel-McKenzie said.

Fewer journalists have been killed since President Farmajoo came to power in 2017, but general freedom of expression has been sharply curtailed, as detailed in a new Amnesty International report
Read more
National

One of Mozambique’s most senior journalists escaped a kidnapping attempt in Maputo on New Year’s Eve. Matias Guente,...
Read more
Advertising
Continue to the category
National