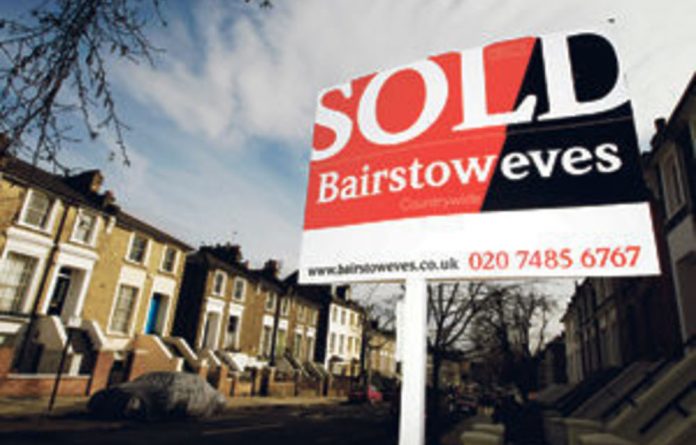 The three years since the onset of the credit crunch have seen the cost of borrowing for households in the United Kingdom soar, despite interest rates falling to a record low and the banks returning to bumper profitability.

Young people and first-time buyers are bearing the brunt of the crunch, with a much higher premium charged to those who lack large deposits for mortgages.

Figures from Countrywide, Britain’s largest estate agency, reveal that the most common mortgage taken out by its customers last month had a starting interest rate of 6.49%. That is almost six full percentage points above the Bank of England’s historic low rate of 0.5%, but although rates have fallen over the past three years the cost of borrowing has headed in the opposite direction, fast.

Personal loans were selling at an interest rate of 6.8% in August 2007, according to Moneyfacts. Today the best rate is 8.8% — but only for those with an “excellent” credit record. For the borrower with a “fair” credit rating, the best rate today is 53.9%. The average credit card charge three years ago was 16.5%.

Moneyfacts says that now the average charge is 18.6%, and applicants who have only a middling credit record are more likely to be offered rates of 30% to 35%. The best two-year fix in August 2007 was a 5.39% deal from Alliance & Leicester, available on a deposit of just 5%. But less than a year later Alliance & Leicester was taken over by Santander, and low-deposit mortgages went the same way.

For the few still around, the interest rate charged is 7% or more. Those mortgage customers of Countrywide are paying 6.49% because, perhaps not surprisingly, they can only find a 10% deposit. According to Moneyfacts, the margin on five-year fixed-rate mortgages at six leading lenders increased from 2.39 points to 3 points in 12 months, raising the cost of a £200 000 loan by £1 200 a year.

The ultra-low deals that appear at the top of best-buy tables are reserved for the small number of new buyers who can stump up a 30% to 40% deposit. Most average income earners struggle to raise a 10% deposit and for them talk of record low interest rates is a sham. And perhaps they should consider themselves lucky even to be offered a loan at 6.49%.

Ray Boulger, of mortgage brokers John Charcol, says he knows of one major bank that turns down 90% of people who apply for a 90% loan. The decade of easy money came to an abrupt halt in August 2007 but what has emerged since is a divided Britain in which young adults are paying the price of the credit crunch while their parents have landed a get-out-of-jail-free card.

Existing borrowers are enjoying a lower Bank of England base rate, but new borrowers are either locked out of the market or face higher loan costs. The grim mathematics of new capital adequacy requirements for banks mean that cheap and plentiful loans of 90% or more for first-time buyers will never return.

It explains why banks can charge sub-3% interest on 60% mortgages, but want an interest rate of more than 6% on a 90% deal. ‘And this is not going to go away in five or even 10 years’ time,” says Boulger.

The long-term implications are worrying. Well-off parents will be able to access the equity in their homes and use the money to help their offspring put down a deposit on their first home. But the children of low-income families may find themselves permanently excluded.

The lending landscape has changed dramatically and perhaps permanently. A collapse in wholesale funding was at the heart of the credit crunch — as banks such as Northern Rock, one-time source of 25% of all new mortgages in Britain, found it could no longer tap the wholesale market.

There are few signs of that funding returning, with the market for asset-backed securities moribund. Meanwhile, building societies have retreated massively, and are only prepared to lend out what they bring in from their savers. But exhortation by the chancellor to make the banks lend more is also likely to fall on deaf ears.

By some estimates British banks have to find an astonishing £800-billion over the next few years. They owe around £180-billion under the emergency Special Liquidity Scheme, introduced in 2008, to run until 2012.

There is a further £200-billion in another emergency vehicle, the Credit Guarantee Scheme, designed to run until 2014, and as much as £400-billion in other securities that will need to be repaid or refinanced. It’s not an environment in which retail credit will be eased or extended.

Kevin Mountford, banking expert at moneysupermarket.com, says the phoney war period of the credit crunch is firmly over: “Technically, when we went into recession most consumers didn’t really feel it, as it wasn’t hurting them. But credit has been getting tougher ever since.”

An ongoing review of the mortgage market ordered by the Financial Services Authority (FSA) will further tighten credit conditions. The FSA’s early findings reveal how lax borrowing had become — with more than half of all mortgages granted without proper checks on the borrower’s salary or ability to repay.

It is now minded to ban so-called “fast track” mortgages in which a borrower’s details are only briefly checked, and force borrowers to take out repayment rather than cheaper interestonly mortgages. The self-employed will also face enormous challenges finding mortgages, with “self-cert” loans facing the axe.

But although the credit crunch has permanently altered Britain’s borrowing landscape, the forecast meltdown in the property market has not materialised — for now at least. House prices fell, although by less than many experts predicted, and in some parts of the country, such as central London, have recovered to peak levels.

Repossessions have also been more benign than anticipated. The Council of Mortgage Lenders expected 75 000 House buyers, savers and pensioners are feeling the pinch of fiscal measures repossessions in 2009, but in the event there were only 48 000, which Boulger attributes to the decision to allow income support for mortgage interest after three months rather than six.

The slow-burn victims of the credit crunch have been savers, particularly the elderly, who rely on deposit accounts to provide an income. Future pensioners will also suffer — as millions of employees have shifted into “defined contribution” pension plans — dependent on the vagaries of the stock market. When these schemes mature, pensioners will have to buy an annuity for all or part of the proceeds built up.

If the recession results in interest rates remaining low for years then annuity rates will also remain at paltry levels. Many employees will simply not be able to afford to retire. Working into our 70s may be the true legacy of the credit crunch. —