Stand by for a scorching PSL 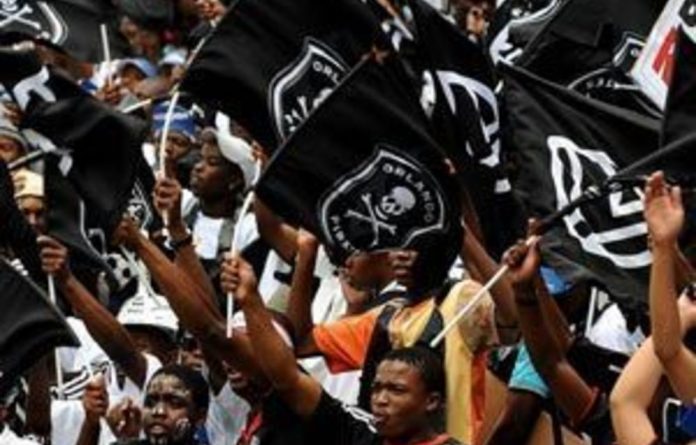 A more competitive and exciting Premier Soccer League (PSL) is expected to get under way at the end of the month — with no World Cup disruptions this time around.

Last season will go down as one of the worst in the history of the league. The cramped league fixtures contributed to diminishing numbers at stadiums and the general waning of enthusiasm among fans of the local game. The PSL was forced to cut the domestic season by almost three months to give the national team more time to prepare for the World Cup. As a result, Bafana Bafana may not have covered themselves in glory, but they did not disgrace the country.

Still, the fine-tuning of Bafana into an internationally competitive force came at a price. The PSL had to be sacrificed for the bigger cause. With the World Cup now history, the focus has shifted to local rivalry and interest is once again centred on which club will end the 2010/11 season with bragging rights.

SuperSport United have won the league for the past three seasons, something that does not sit well with the two best-supported teams in the country, Kaizer Chiefs and Orlando Pirates. They appear keen to prevent Gavin Hunt from leading Matsantsatsa to an unprecedented fourth title.

Pirates have used the long lay-off to bolster their squad. They have brought on board prolific Malawian striker Chikuepo Msowoya, national team midfielder Daine Klate from SuperSport, Ruben Cloete from Free State Stars and Mark Mayambela from Bloemfontein Celtic. With Tlou Segolela and Michael Morton also recalled from their loan spells, Bucs coach Ruud Krol has an imposing squad of 40 quality players.

On paper, Pirates are strong enough to end their barren two-year spell under Krol and win a major trophy. The main challenge for the former Dutch international is how to trim his squad to utilise the best combination. Krol has already indicated that his squad is too big and he prefers to work with just 22 players. How he tweaks the team will be of interest to Pirates supporters, who feel two years is enough time for Krol to deliver the PSL crown they last won in 2003.

Massive support
Amakhosi may not have been as busy as their fierce rivals in the transfer market, but the ambition of the most popular club in the country remains the same — to win the league title. With Siphiwe Tshabalala, their best player by some distance, intent on an overseas move, wresting the title from SuperSport will be difficult for the former cup kings. Still, given their massive support, Chiefs are always among the favourites for the championship.

Amakhosi underlined their pedigree when they struck an early blow last weekend, defeating both Pirates and Mamelodi Sundowns to lift the Telkom Charity Cup. New signing Sthembiso Ngcobo has been a marvel in the off-season warm-up games. He has scored twice, including the winning goal in the Charity Cup semifinal against Sundowns. He brings the right physical presence to complement the sublime talents of young Knowledge Musona up front. With Itumeleng Khune destined for another season at Naturena, Amakhosi have reason to believe they can turn last season’s third-place finish into the ultimate prize they last won in 2005.

Pirates and Chiefs may have the numbers on the terraces, but Sundowns financially outmuscle any side. Club owner Patrice Motsepe has made clear his ambitions for the championship with a large investment in some of the best players money can buy on the local market.

Finishing second last season was clearly not enough for the Brazilians. Sundowns appeared on course to claim the league title last season, until they suffered a shocking loss to relegated Jomo Cosmos. As a corrective measure, Richard Henyekane, top Zimbabwean striker Nyasha Mushekwi and his teammate, Method Mwanjali, have been added. Given that this club already has Matthew Pattison, Katlego Mphela, Esrom Nyandoro, Matthew Booth, Siyanda Xulu and Siboniso Gaxa, Sundowns will have a big say in what happens in the league this season.

Moreover, for the first time in almost 10 years, the Chloorkop-based outfit have maintained some measure of consistency on the bench. Antonio Lopez Habas has been elevated from assistant to head coach, with almost the whole technical team retained.

Mother City
The Mother City has also prided itself on launching strong challenges in PSL competitions. Boebie Solomons did well to lead Santos to fourth place and the team appear to be the best hope for the southern part of the country.

Outside the usual favourites are teams such as Moroka Swallows, who showed great signs of improvement at the end of last season. The Birds were unbeaten after the festive break and secured a top-eight finish under new coach Rainer Zobel. He will be hoping to continue where they left off. Captain Lefa Tsutsulupa will once again be their talisman.

Other notable campaigners who might surprise but will probably fall short of being sure bets are AmaZulu, Ajax Cape Town and Platinum Stars.

It will be interesting to see how the new brains behind these teams handle the pressure of their new surroundings — let alone challenge for the top PSL honours.

Similarly, as newcomers to the elite league, Vasco da Gama’s credentials will also be under scrutiny. They remain favourites to join unpredictable Bidvest Wits, Maritzburg and Mpumalanga Black Aces in the ranks of the clubs expected to spend more time fighting relegation than challenging for the title.