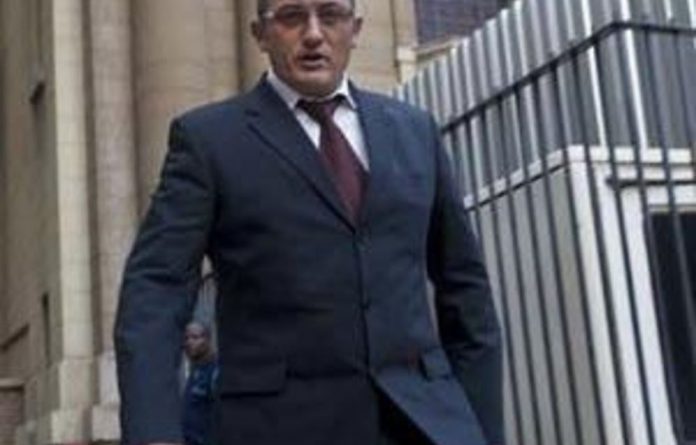 Mining magnate Brett Kebble needed to die in a way that would look like a hit so that his family could claim money from insurance.

This is what Stephen Sander, former business partner of Clinton Nassif — who headed up security for the Kebbles in 2005 — told the South Gauteng High Court on Tuesday morning.

Glenn Agliotti is accused of murdering Kebble, who was shot in 2005.

Sander said that Nassif had asked him to find “a pill that would induce a heart attack”, which he later found out was to intended to cause Kebble’s death.

“Mr Nassif said he was under pressure to obtain the pill or to find some other means to kill Mr Kebble so it would look like a suicide or a hit, so his insurance would still pay out and look after the family,” said Sander.

“I said I didn’t want any involvement in obtaining a pill for Mr Nassif — Nassif asked me if I was prepared to do a hit on Mr Kebble, the deceased. I said no, I was not prepared to do that and I did not want to communicate on this matter any further.”

Sander then told the court how, during a visit to Kebble’s JCI offices, he ran into Kebble’s business partner, John Stratton.

“Stratton asked me if I had found the stuff yet. I assumed Mr Stratton was referring to the pill Mr Nassif had requested me to get — I said to Mr Stratton no, I was finding it very difficult to obtain.”

“We started talking about other things, that’s when Mr Kebble walked into the office. The deceased then asked Mr Stratton if Mr Nassif had obtained what he was looking for. Then Mr Stratton answered him by saying had just spoken to me and we were still working on it. Mr Kebble was very upset and turned around and walked out the office.”

Sander also told the court about a meeting in Cape Town with Nassif and Stratton, regarding former Allan Gray executive Stephen Mildenhall, who was shot in 2005. Sander said that at the meeting, Stratton told Nassif that “Mildenhall was going to testify against Mr Kebble, and he needed to be taken out of the system for a few months”.

Sander said that after looking through a book in Stratton’s kitchen on how to make sushi, he asked Stratton about whether or not he could make sushi. Stratton allegedly said that he could, and then pushed a sushi knife towards Nassif. “Mr Stratton wanted Mr Nassif to stab Mildenhall that evening.”

Sander said that he and Nassif then went to Mildenhall’s address that Stratton had given them, to see the house. “I told Nassif, ‘I don’t want any part in this’,” said Sander. “Mr Nassif agreed and said he also wants no part of it. He also said he’d make other arrangements later.”

Earlier on Tuesday, Agliotti’s defence counsel, Laurance Hodes, lambasted Charl Naude of Nashua Mobile, who had been called by the state to testify about who three cellphone numbers belonged to. He said the numbers he had been subpoenaed to investigate were used by “Stratton”, “Kebble” and “Wilson”.

Hodes claimed that Naude had rushed his statement, which he had been asked to write by investigating officer Colonel Pieter van Heerden, who was a former colleague of Naude’s at SAPS. “It was a favour you did for a buddy,” said Hodes.