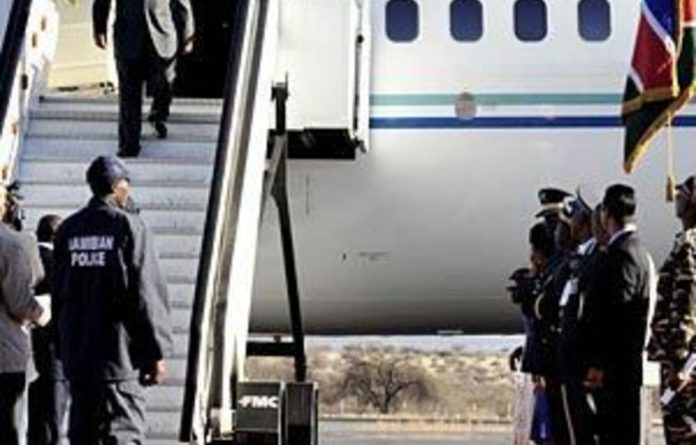 Zimbabwe’s refusal to obey rulings by a regional court, which rejected President Robert Mugabe’s land reforms in favour of a group of white farmers, looks set to win a pass as a summit wraps up Tuesday.

The tribunal of the Southern African Development Community, whose leaders are meeting in the Namibian capital, Windhoek, ruled in 2008 that a group of 78 white farmers could keep their land, saying they had been unfairly targeted because of their race.

Zimbabwe has refused to respect the ruling, even though Harare has signed the treaty creating the court, which has no power to enforce its decisions except through decisions of a summit.

“There is no possibility of punitive measures like sanctions,” said Dirk Kotze, a political analyst from the University of South Africa.

“Expressing their disappointment is the furthest they can go,” he said. “Anything further would be punitive and it has to be weighed against other political considerations such as maintaining unity in the government.”

About 4 000 white farmers have been forced off their land in a violent and politically charged campaign launched by Mugabe in 2000.

Zimbabwe insists that the SADC tribunal treaty was never ratified. Critics contend that the signature on the protocol was enough. The leaders are expected to simply punt the issue to their next summit in 2011.

“To find a solution, SADC asked its justice ministers to make a report, but it wasn’t completed. Any decision will simply be postponed indefinitely,” said one official at the summit, speaking on condition of anonymity.

“They may just ask the justice ministers to finish their report,” another official said as the leaders began meeting.

Contentious issue
The report was meant to be presented at the summit, but regional leaders fear the contentious issue could split the bloc, which has struggled to act with a united voice on Zimbabwe, even at the height of electoral violence in 2008.

“The rule of law in the SADC countries depends on this,” said Kallie Kriel of the South African rights group AfriForum, a mainly white organisation.

“If the rulings of SADC institutions are not adhered to, the credibility of SADC itself is at risk.”

South Africa’s courts have registered the judgement, leading to the seizure of Zimbabwe government properties for auction to help cover the farmers’ legal costs.

In the summit’s final declaration, expected late on Tuesday, the leaders will likely congratulate the progress made by the unity government in stabilising its economy while pushing Harare to end its bickering over key appointments.

The political feud has delayed progress on electoral reforms.

The power-sharing pact had called for a referendum on a new constitution for last month, but the process has barely gotten off the ground.

SADC has been much tougher on Madagascar, which was suspended from the bloc over the army-backed ouster of president Marc Ravalomanana by the former mayor of the capital, Andry Rajoelina, in March 2009.

The leaders were also expected to be briefed on a new agreement signed last week. — Sapa-AFP