The geek stranglehold on film 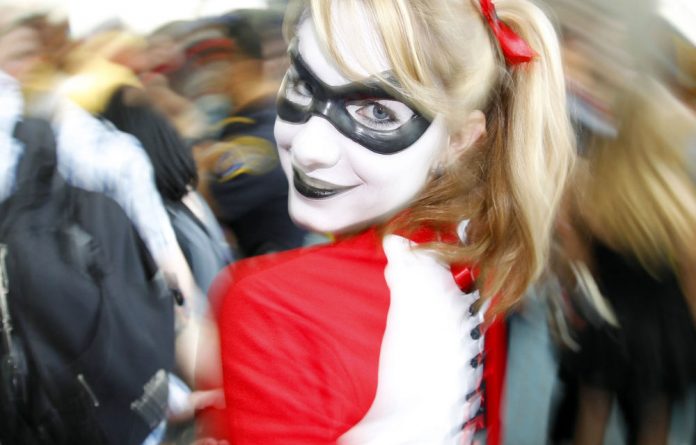 Anyone who grew up before the 1990s may recall that it was once possible to see a new film without having already heard every zinger in the screenplay and every song on the soundtrack. You could enter the cinema in glorious ignorance, not having been briefed in advance about the key plot points, or seen every stunt in each action set-piece. It sounds far-fetched, I know, but there really was a time when the element of surprise was as routine a part of cinema-going as popcorn and fizzy drinks.

These days, going to the cinema more strongly resembles opening a box of chocolates only to find that there is nothing but wrappers inside.

Some might blame the modern trailer, a once-alluring art form now reduced to the cinematic equivalent of a Reader’s Digest abridged classic, for spoiling the fun. Others may point to the internet, that insatiable monster that demands constant sustenance in the form of updates and revelations. Then there is the No 1 suspect: the nerds, the geeks, those superfans who have exceeded their station, mutating from supporters of escapist cinema into some kind of hybrid of cannibals and paymasters.

With the rise of the blog and the dominance of the film website, the studios have granted nerds an increasingly powerful role in the shaping of new movies. If it’s true that each man kills the thing he loves, then the nerds may well be on course to fulfilling their end of that bargain.

Well, that’s one perspective. The other is that the nerds — or geeks, as they prefer to call themselves — are, in fact, nurturing projects that might never have been greenlit without their enthusiasm. I’ve just spent four days at Comic-Con, the comic-book convention in San Diego that has become one of the hottest dates on the film industry calendar, with major studios launching fantasy blockbusters, or preparing titbits to throw to the ravenous nerd fanbase.

The first-time director Joseph Kosinski is one who has benefited from Comic-Con and geek power. He is currently putting the finishing touches to Tron: Legacy, his sequel to Disney’s 1982 adventure set inside a deadly computer game. Three years ago he unveiled at Comic-Con test footage featuring rudimentary computer-generated imagery and the original film’s star, Jeff Bridges.

“The producer, Sean Bailey, and I convinced Disney to let us take that to Comic-Con,” Kosinski recalls, “and it’s fair to say that the response it got from fans helped get the movie made. It gave the film, which had good momentum internally, the extra boost it needed to go into production.”

After returning to Comic-Con in 2009 with more teasers, Kosinski was back again at this year’s convention, where he presented eight minutes of completed 3D footage.

“We’re going to show you five minutes of Tron: Legacy every year for the next 20 years,” said Patton Oswalt, the American comic who moderated the event, nicely sending up the whole culture of teasers. Oswalt then promised to screen “an in memoriam montage of the Tron fans who died waiting for this movie”.

Once the Tron: Legacy excerpt was finished, and fans got the chance to quiz the cast and crew, there emerged evidence of that irresolvable tension that lies at the heart of Hollywood’s capitulation to nerd culture — that is, the inherent clash between the rapacious fan and the artist who sees no value in giving everything away. When Bridges was asked by one audience member to explain his character’s relationship with his son in the new film he balked visibly. “Well, I don’t want to blow the dynamic,” he said, “so I’ll leave it mysterious if you don’t mind.”

“They kind of want that information and they don’t want it at the same time,” Bridges tells me later. “I mean, I’m a fan too, so I understand. And today it’s very difficult to keep secrets. I remember seeing that famous scene, you know, ‘I am your father, Luke’. I saw The Empire Strikes Back late in its run, and I was so surprised and thrilled that the secret was kept for me so I could enjoy that moment. Today, I don’t think it could happen.”

Michael Sheen, who plays the villain in Tron: Legacy, has witnessed this sort of thing before. “What I’ve experienced working on Twilight, Underworld or Alice in Wonderland is that when you’re publicising those films, if there’s another one of those kind of films up ahead, everyone loses interest in the one you’re publicising — they just want you to tell them about the next one. There’s this constant hunger for new information, yet at the same time it can potentially ruin the whole experience.”

Simon Pegg, who attended the convention with a specially edited trailer of his forthcoming alien road movie, Paul, expressed some ambivalence about the need to toe the line; his footage contained a first glimpse of the film’s foul-mouthed extra-terrestrial, which is rather like Spielberg parading the shark six months before the opening of Jaws.

“It was the studio who pushed for us to bring the Paul trailer to Comic-Con,” he told me.

“I’d rather not have shown anything. I’d like people to come to the film completely fresh. But this is the way things are done now.”

Clearly, there is a balance to be struck between whetting an audience’s appetite and blitzing it altogether, and the view on the inside is that Disney has pulled it off.

“Personally, I think Disney has done it right with that slow burn of hype for Tron: Legacy over the past three years,” says Kevin Coll, founder and executive editor of the website FusedFilm.com. “They’ve created the right amount of anticipation and they’ve released trailers which give you enough to be excited about without giving too much away.”

Kosinski promises he’ll stick to that plan. “My job as director is not just to make a great movie, but to say, ‘Hey, we don’t want to give that plot point away in the trailer’.”

But he also believes that movie nerds have their own responsibility not to ruin the film for themselves. “It can reach overkill. I would say that if you know you’re going to see Tron: Legacy, don’t look at anything else we put out there. Exercise some self-control. Inception is a good example. Once I saw the initial trailer, I was, like, ‘That’s a movie I’m going to see. I don’t need to watch anything else about it’.”

That’s easier said than done. Inception aside, most marketing campaigns are modelled on the principle of saturation bombing. What’s more, the internet movie geeks who once served the films they loved and represented the interests of fellow fans, are now frequently the puppets and playthings of the Hollywood studios. The ultimate cautionary tale is that of Harry Knowles, the fanboy who launched the movie website Ain’t It Cool News in 1996, only to be courted and buttered up by the studios he once pledged to hold to account. Widely publicised controversies surrounding Knowles’s rave reviews of Godzilla and Armageddon, which coincided with perks and jollies bestowed on him by the filmmakers, put the tin lid on any pretence of impartiality.

Coll believes that the studios’ manipulation of influential geeks such as Knowles is now widespread. “Studios recognise the old wine-and-dine tricks work on bloggers and nerds because it’s that fantasy they are tapping into,” he says.

“Harry Knowles is a genre nerd, so sending him to screenings, set visits and making him an insider caters to the fan in him, so he is more likely to sign off on a film like, say, The Expendables.

“Nerds are in the studios’ pockets for sure. I think the same goes for all connected bloggers and journalists: if they are inside and treated right, then more positive things will come out of that. People are afraid to be negative because they may not get the next exclusive.”

But they don’t always get it wrong.

“A great example of nerds doing something positive is the Star Trek franchise,” says Coll. “They took a mediocre genre show from the 1960s and turned into a mega-franchise simply by fighting for it and creating a culture and cult following around it. Now we have the JJ Abrams reboot, which is the first time Trekkies and mainstream fans have come together.

“Where nerds hurt Hollywood would be when a film-maker sacrifices so much of a story to please fans, which is what happened with Spider-Man 3.”

Despite his qualms, Sheen believes movie nerds have been a force for good rather than ill. “I would say the nerds and geeks, of which I count myself one, are giving a kind of energy and passion to the film industry that can be lacking. I’ve always had a massive passion for films, but it can be a dry and clinical pursuit a lot of the time. I don’t think the enthusiasm of people who are more interested in what you’d call genre films can be said to be killing cinema. Quite the opposite. They’re helping keep it alive.” —