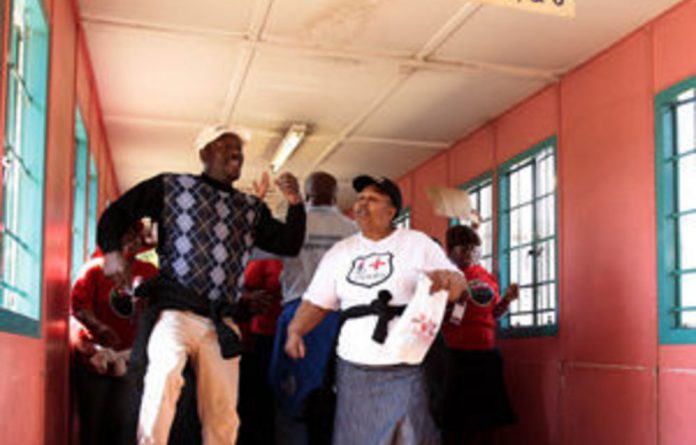 The nationwide public servants’ strike will step up a gear on Thursday, despite the government’s protestations that it doesn’t have the cash for an improved offer.

The 200 000-strong Public Servants’ Association (PSA) announced on Wednesday that it would join striking Cosatu unions.

“PSA members will from tomorrow [Thursday] be on an indefinite strike, together with the rest of labour, until our demands are met,” said spokesperson Manie de Clercq.

Public-service unions embarked on an indefinite strike on Wednesday after rejecting the government’s revised wage offer. The M&G headed to Thokoza where members of the National Health and Allied Workers’ Union were protesting outside the Natalspruit Hospital.

Another non-Cosatu union, health union Hospersa, announced its 72 000 members would join the strike on Thursday.

Chris Klopper, spokesperson for the Independent Labour Caucus (ILC), which represents about 460 000 workers, including the PSA, said the strike was expected to escalate since many unions were in the process of getting their members to vote for the strike.

‘Having done all it takes, you can’t keep negotiating’
In Cape Town on Wednesday, Public Service Minister Richard Baloyi told a media briefing that the government was looking at reprioritising spending to find the extra R5-billion it would need to pay for its current offer to public-service workers.

“As government, we have demonstrated for all to see that our capacity to afford is exhausted,” Baloyi said. “If you talk of an envelope, we have not emptied it, we have broken it.”

Baloyi said the government’s offer was now a draft resolution of the Public Service Coordinating Bargaining Council and that he had instructed his director general to sign it by 10am on Thursday.

“Having done all it takes, as government, as the employer, you can’t keep negotiating,” he said.

“Tomorrow [Thursday] in Pretoria, before 10am, I’ve instructed the director general that all I expect is nothing less than his ink dripping on paper, signing that offer.”

The South African Chamber of Commerce and Industry called for a speedy resolution to the strike.

It said it was with “great disappointment” that it noted no agreement had been reached between unions and the employer.

The failure to reach an agreement had an impact on the economy that stretched beyond the Public Service Commission, it said.

Education, health challenges
Meanwhile, Education authorities on Wednesday tried to minimise the effects of the strike.

Western Cape education minister Donald Grant said 2,3%, or 34, of the province’s schools were closed on Wednesday as a result of the strike.

Just less than 14% of teachers were absent from work.

“There were 13 isolated incidents of intimidation and violence in the province, all of which were dealt with effectively by the police,” he said.

The KwaZulu-Natal department of education said it was worried the strike could severely affect matric results.

Sadtu urged striking teachers not to intimidate others, following reports of classroom disruptions in the Vaal Triangle in Gauteng earlier this week.

The National Congress of School Governing Bodies called on pupils to remain focused on their studies.

“We are worried that the strike will impact negatively as we approach the final examinations.”

Western Cape health minister Theuns Botha said no health workers were reported on strike on Wednesday morning, but the province had taken note of Nehawu’s declaration of a full-blown strike.

“Health services will function tomorrow [Thursday] in line with available staff,” he said. “Every effort will be made to maintain a normal level of service.”

The Department of Home Affairs said only 90 of its 10 735 staff went on strike on Wednesday.

“The [current] strike has had minimal impact on both civic and immigration services.

“We will continue to monitor the situation and deploy contingency plans where necessary,” he said. — Sapa