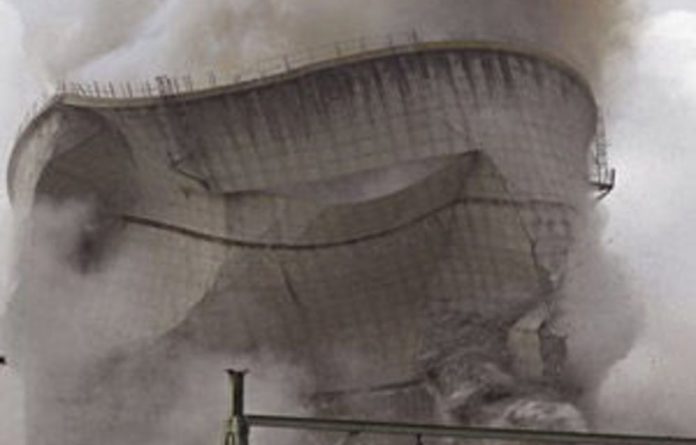 The iconic Athlone cooling towers were demolished in just eight seconds on Sunday, the City of Cape Town said.

The power station towers, known locally as “the two ladies of Athlone”, were imploded at 11:56am — three and a half minutes ahead of time — taking scores of onlookers and television viewers by surprise, said spokesperson Pieter Cronje in a statement.

“The implosion took place earlier than planned after the blaster considered a number of technical factors and took the decision to go ahead in the interests of public safety.”

Cronje said the demolition company used high-speed cameras to capture the blast from all angles in order to assess the success of each implosion.

The cameras were not as effective in wet weather and the company therefore decided to detonate the charges before a heavy downpour.

“The city extends its apologies to any members of the public or the media who may have missed the blast. It was not the intention to surprise anyone and no mistakes were made,” Cronje said.

“The blaster made a decision which was in the best interests of public safety — this is ultimately the most important factor.”

Cronje said the blast itself went off “very well”, with all charges detonating as planned.

“The towers were reduced to a pile of dust and rubble within a mere eight seconds. The dust cloud cleared quickly and the site is already being cleared.”

The future of the site, which is expected to be completely cleared within the month, was still unclear.

Cronje said the city was considering all possible options to best utilise the site.

The redevelopment of the site would most likely be completed in about three years time, he said. – Sapa