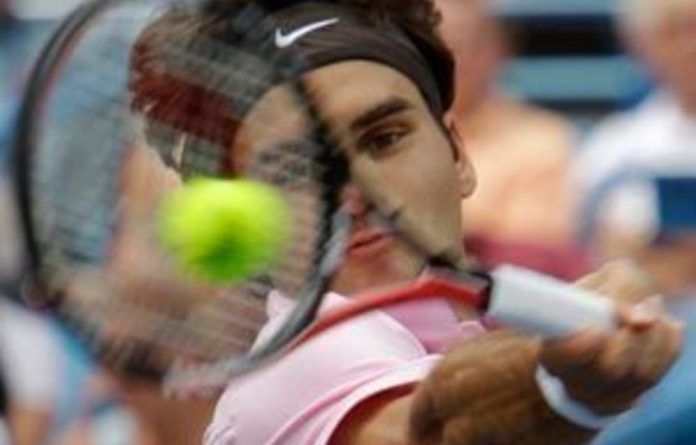 Roger Federer returned to winning ways on Sunday by claiming the Cincinnati Masters and announced himself once again as the man to beat at the US Open.

There had been talk of Federer being in decline after he went out at the quarterfinals at Wimbledon, part of a near seven-month streak where he has failed to win a tournament.

But the manner of his victory over American Mardy Fish in Ohio showed his opponent — and plenty of other observers — that the Swiss is the leading player in the best form heading into the Open.

The Swiss has an astonishing record at Flushing Meadows, having reached the last six finals and winning all but last year’s loss to Juan Martin del Potro, and Fish believes Federer is a different beast when he turns up at the Grand Slams.

“He’s just been there so many times. Clearly he loves the US Open and his record is incredible in Grand Slams. I feel like he’s a different player in Grand Slams as opposed to even Masters 1000 tournaments,” Fish said.

Federer said the biggest obstacles he is likely to face in pursuit of a 17th Major crown will come from familiar quarters — Briton Andy Murray beat him in the Toronto final last week and Rafa Nadal is desperate to complete a career Grand Slam by hoisting the elusive US Open trophy.

“I guess the top four have the best shot again. We can all play really well on the hard courts. Murray has proven himself, so has [Novak] Djokovic on the hard courts and so has Rafa. He’s won the Australian Open,” said Federer.

“Maybe US Open is a bit faster, so you figure Rafa will struggle a bit more. But if the draw goes his way, he’ll be in the final [stages] and have a crack at the title, too. He knows how to win Slams. He’s won all the other ones.

“So I think it’s gonna be an interesting US Open. Many guys are playing well again. Murray didn’t win a tournament for a long time, and he’s been able to win Toronto again. So that definitely puts him as one of the favourites as well.”

But there is no doubt who the 29-year-old Federer believes has the biggest chance of all — himself — and he is far from fazed by the rivals he faces.

“I’ll always have new challenges coming up. I used to play against Pete Sampras and Andre Agassi, and Carlos Moya, and Todd Martin and all those guys,” he said. “Next generation was sort of already my generation almost. It was Andy Roddick and Lleyton Hewitt and Marat Safin and Juan Carlos Ferrero.

“So I’ve played through many generations now. Always been different challenges and rivals. That’s not going to change. I think every five years you’ll have someone new. I think the next generation is probably already sort of knocking on the door.” — Reuters