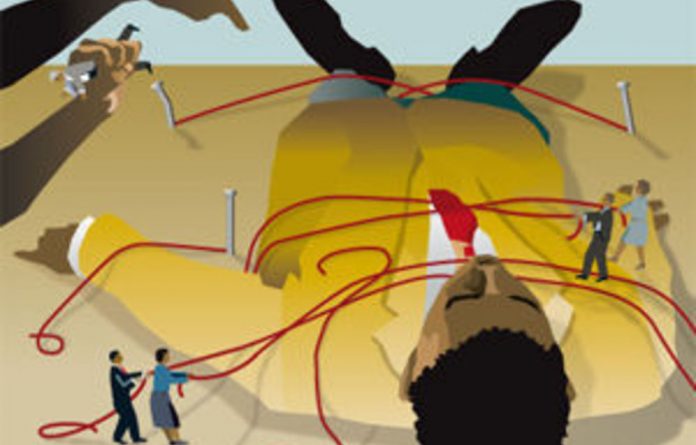 Popular impressions of Jonathan Swift’s 1726 novel Gulliver’s Travels are probably best captured in the words of Samuel Johnson: “When once you have thought of big men and little men, it is very easy to do all the rest.”

Those who have read beyond the first two parts of the book, which recount Gulliver’s voyages to Lilliput (the little men) and Brobdingnag (the big men), may also remember the fourth and final section in which the protagonist washes up on the shores of a country ruled by horses — a depiction of human-equine communication that predates Mr Ed and The Horse Whisperer by a few centuries.

Yet the often-neglected third part of the book offers some of the most intriguing resonances with our own time, foreshadowing a range of modern phenomena from genetically modified foods to the infinite monkey theorem. It is in this section that Gulliver comes across an academy of “projectors”, a group of nutty professors with hygiene problems who are engaged in various forms of theoretically interesting but utterly impractical research. Their “projects” include extracting sunbeams from cucumbers, reconstituting human excrement as food and turning ice into gunpowder.

Here Swift is satirising what he saw as the scientistic excesses of the European Enlightenment — during which period the emphasis on Reason often resulted in some decidedly unreasonable behaviour. But what is of particular interest to present-day academics is that the projectors are all dirt poor; they spend their lives literally begging for money to support themselves and their research.

‘Disturbing synchronicity’
In a moment of disturbing synchronicity, a few weeks ago I found myself completing a lecture to my second-year students at Wits University on this very section of Gulliver’s Travels before heading off to observe the proceedings of a lunchtime protest organised by Asawu (the academic staff union) and other organisations that have declared an official dispute with university management.

The primary complaint is, of course, over salaries; subsidiary grievances are access to research funding and Byzantine procurement procedures. As with most labour/management conflicts at this time of year, it’s difficult to know how to position one’s sympathies — even if, like me, you’re a union member. Union representatives accuse management of autocratic behaviour and indifference to the material needs of underpaid workers; management asserts that it is doing its best to accommodate salary increases among a host of other budgetary pressures.

It is, however, problematic to equate a dispute between academics and their managers with the broadly Cosatu-aligned trade union movement in South Africa. Firstly, despite the subversive leanings of many academics, it is concerning when scholars — frustrated though they may be — allow themselves to be won over by the simplistic unionist discourse of strike threats, resort to booing and jeering, or even single out individuals as the subjects of disparaging chants. Secondly, it seems disingenuous for members of the middle class (and, irrespective of pay, there are class implications to having higher degrees) to claim solidarity with those who truly are exploited, who live in shacks and have no access to resources.

Or is it? Certain academics at Wits, as at universities across South Africa, really do identify with the image of the scholar living more or less on the breadline — like those poverty-stricken projectors imagined by Swift. It is a sad truism that teaching is an undervalued vocation in this country, and this applies to lecturers or tutors at tertiary level as much as it does to teachers at primary and secondary level (the activities of the South African Democratic teachers’ Union are a separate matter).

But, given that most academics have job descriptions committing them to balancing teaching with research, Swift’s caricatures provoke some important questions.

How do we define what is “relevant”, “useful” research? Or, to put it another way, how do universities (taking their cue from the department of higher education, the National Research Foundation and other funding bodies) make this definition? How do such definitions affect the allocation of resources, both in terms of staff salaries and in terms of research funding? How does this in turn affect the dynamic between academic staff and university management?

‘Skewed weight given to research’
A curious manifestation of the continued legacy of Enlightenment rationalism — globally, but in this case specifically in post-apartheid South Africa — is the skewed weighting given to research in the pure and applied sciences. This is also, obviously, a function of government emphasis on “useful” subjects that will help to meet the national skills shortage and on “relevant” projects that will advance social, industrial or economic development. (Public funding priorities in this regard are echoed by the preferences of private capital: certain departments and faculties enjoy the benefits of donations, investments and endowments from mining and engineering companies, pharmaceutical corporations, auditing firms, big banks and so on.)

The role of the arts and humanities in such a context is an old saw among academics in these disciplines, part of an ancient debate that remains unresolved; but there are two related points that are worth considering.

On the one hand, the same “Enlightened” bias that emphasises the place of science and commerce also privileges peer-reviewed publication over other forms of scholarly activity. Universities encourage such publications because they receive substantial amounts of money from the department of education for each of them. The gripe of many academics is that this money tends to disappear into a university-administered research funding “pool” and is not made directly available (in part or in full) to the individuals who produce the publications.

On the other hand, the fact that this process applies across the board means that, when academics turn their attention to issues like access to research funding or personal financial incentives for scholarly publication, disciplinary distinctions and antagonisms (which might otherwise be aggravated by the biases mentioned above) fall away: a collegial spirit prevails.

Likewise, it seems that — irrespective of their department or faculty — almost all academics feel underpaid. And if they are not given sufficient material reward for their work, they could be forgiven for fearing that this is because they are falsely perceived in the same light as Swift’s projectors: despite their qualifications and expertise, their role in society is an under-appreciated and marginal one because their research and teaching are misconstrued as obscure, impractical or otherwise self-indulgent. This is perhaps the fundamental insecurity, justified or not, that spurs academics into such anger when it comes to the topic of remuneration.

There is a final lesson to be gleaned from Swift when it comes to the relationship between academics and university management. At various points in Gulliver’s Travels, the strict hierarchies of power in 18th-century Europe are critiqued. Monarchs and rulers who are out of touch with the people they govern are particularly chastised; indeed, the academy portrayed in the third section of the book is situated on a land mass controlled from above by the privileged occupants of a flying island. As impractical as the projectors of the academy may be, they are not nearly as culpable as heads-in-the-clouds leaders who dictate from a dizzy height, utterly removed from their subjects.

At most universities, the tallest of the ivory towers are occupied by management; at Wits, for instance, references to “the 11th floor” at the top of Senate House evince a strange mixture of awe and resentment. This need not be the case. Both employees and managers should approach financial disputes based on the premise that universities are, by definition, places of constructive — rational — discursive engagement.