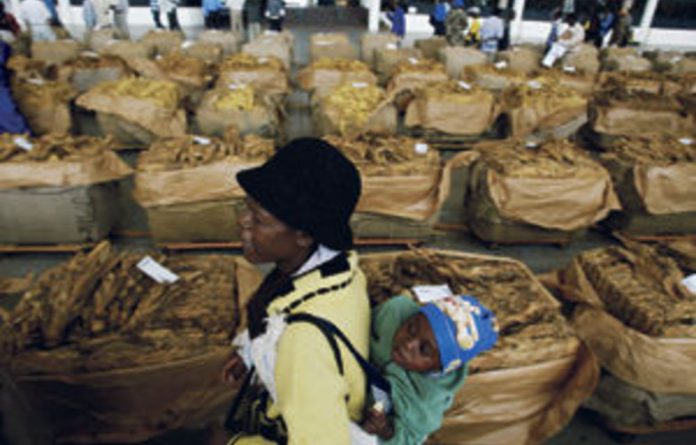 Once, the conventional image of a Zimbabwean farmer was of a wealthy white man in knee-length khakis, wide-brimmed sunhat and size- 13 velskoene.

Today, as Zimbabwe marks a decade since violent land seizures began, that farmer is slowly morphing into a black peasant farmer who is driving what had once seemed an unlikely farming recovery. Earlier this month, in a room at the five-star Meikles Hotel in Harare, members of the white Commercial Farmers’ Union cheered as visiting Agri-SA deputy president Theo de Jager, in a speech peppered with Afrikaans, urged his audience to start looking beyond Zimbabwe.

The union’s annual congresses were once a parade of wealth and power, but now serve only as a platform for evicted farmers to vent their anger. Speaking at the congress, economist John Robertson mocked how tobacco farming has become “like a flea market” where tens of thousands of resettled farmers have replaced the few hundred white farmers that once produced the world’s biggest tobacco crop.

The grim exchanges made a stark contrast with the gleeful anarchy outside Harare’s Boka tobacco auction floors, where thousands of rural farmers splurge new tobacco money on bales of clothes, home appliances and the odd car. Attracted by flowing tobacco money, hundreds of traders have set up makeshift markets outside the auction floors.

For the first time in nearly a decade, Zimbabwean agriculture is recording signs of recovery. And poor black resettled farmers are largely behind it. From tobacco to maize, the numbers are ticking upwards.

This year Zimbabwe expects to reap 120-million kilograms of tobacco — double last year’s harvest and the biggest in close to a decade. Although more than a million people remain in need of food aid, maize production is up, according to a recent report by the United Nations Food and Agriculture Organisation (FAO).

‘There was an improvement from 1.2-million tonnes [in 2008-09] to 1.3-million tonnes,” said Jacopo D’Amelio, the FAO’s regional information coordinator. The tobacco output is still far below the 236-million kilogram peak of 2000, the year land takeovers began. But signs are that growth will continue into the new season, beginning in September.

Farmers have bought 600kg of tobacco seed ahead of the new season, 66% up on last year, says Andrew Matibiri, head of the Tobacco Industry Marketing Board. Matibiri says so many farmers have come to sell their crop that “the whole [auction] system was at one time almost completely clogged up”.

There are now 51 000 registered small-scale black tobacco growers, compared with the 130 white farmers that the largely white Zimbabwe Tobacco Association says remain. Black farmersnow account for 42% of production, a 100% increase from last year.

Meanwhile, Morgan Nzwere, head of seed supplier Seed Co, told Reuters his company expected to expand production by 70% this year in response to higher demand. Finance Minister Tendai Biti, encouraged by tobacco sales, has raised his growth forecast for agriculture from 10% to 18.8%, up from 14% last year. He also expects growth in horticulture and beef production.

Currency reforms have put an end to the era when farm earnings were wiped out by inflation, leaving farmers unable to reinvest in a new crop. But critics worry that the recovery may not be sustained, as it has been mainly driven by donor aid. Aid groups provided inputs to more than 700 000 households last year and the European Union will assist 500 000 homes this year.

Relief agencies attribute 20% of Zimbabwe’s food output this year to donor support. Farmers are still unable to get bank credit, driving many into exploitative schemes where large tobacco merchants supply farmers with seed for exclusive rights to purchase the crop.