My stomach turns, cool head or not 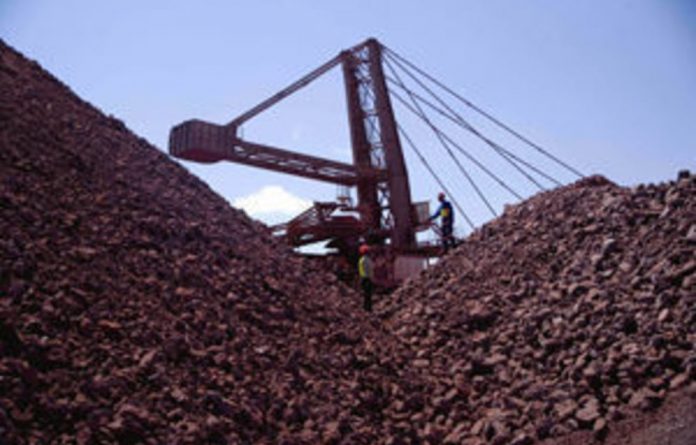 In trying to make sense of the ArcelorMittal story, I have come to see that the public understanding and the company’s understanding of the deal are at odds.

The public lens is moral, with suspicions of abuse of political power for private gain, with the tainting of the business environment for investors. ArcelorMittal sees it strictly in business terms. No laws were broken and it did what it had to do to continue to do business profitably.

Perhaps the public view is best summed up by Terence Creamer in Engineering News, who described the company’s moves as bold but unscrupulous. “Indeed, the move by ArcelorMittal South Africa (Amsa) last week to buy Imperial Crown Trading (ICT) and embed its shareholders into a R9.1-billion black economic empowerment (BEE) transaction may have proved the company’s tactical savvy, but it also demonstrated very little in the way of scruples.”

But Nkonkuleleko Nyembezi-Heita, Amsa’s chief executive, appealing for perspective in the Sunday Times, points out the strong commercial logic in the purchase of ICT and says there is no evidence of corruption in the way ICT acquired its mineral rights. She asks that we “take a cool look at the facts and assess what they really say about our country and their implications for our industrial future.”

Taking a look at the facts is not so easy in so complex a story. Taking a cool look is not easy either when the stakes are so high. Many things have been jumbled up in the uproar that followed Arcelor-Mittal’s announcement of the purchase for R800-million of prospecting company ICT and, on the same day, of the R9-billion empowerment deal.

Chiefly, allegations of impropriety in the awarding of the prospecting rights for 21.4% of Kumba Iron Ore’s Sishen mine to ICT have been mixed up with allegations about the personal enrichment of the politically connected, notably the Gupta family and Duduzane Zuma, the president’s son. The two allegations must be separated.

How ICT gained its mineral rights are separate from ArcelorMittal choosing ICT as a BEE partner. On the other hand, although ArcelorMittal has said the two deals themselves are separate, six shareholders of ICT are among the nine individuals listed as major beneficiaries of the BEE deal. The six are not particularly high profile:

The BEE deal itself includes all these plus three more “narrow-based” beneficiaries: Sandile Zungu, who leads Zico SPV, Oakbay Investments (Gupta family members) and Duduzane Zuma, who leads Mabengela Investments. According to the Mail & Guardian‘s Centre for Investigative Journalism, amaBhungane, Parekh, who holds 50% of ICT, is an employee of the Guptas and the M&G has confirmed that the Guptas were central to the ICT deal.

The Guptas are said to be close to the Zuma family and are about to start a newspaper that will almost certainly be supportive of government, the ANC and President Jacob Zuma. Those who wondered how the Guptas could fund a newspaper may now have the answer.

Whatever the implications of the family connections, the deal reverses a trend in which the big deals recently have been overwhelmingly broad-based. It is true that, besides the 5% allocated to employees, another 5% will go to a “women-led consortium”, but big deals have involved communities, suppliers, foundations or even customers, alongside employees.

One would have expected the Sishen mining communities to be part of the BEE deal although they may still get some of the about 5% or so that seems to be floating around to broaden the base of the beneficiaries. Of course, there is nothing illegal or even inconsistent with BEE legislation in BEE transactions being narrow-based.

Nyembezi-Heita is right in pointing out that “BEE was never conceptualised as a philanthropic act”. ArcelorMittal chose to buy the company that held the Sishen mining rights and it needs to continue operating as it had done.

It also chose to bear the risk that choosing these particular BEE beneficiaries would lead to the perception it was buying political patronage. In the company’s defence, Nyembezi-Heita says that the choice is not so simple and “does not take into account the benefit of the deal to many thousands of ArcelorMittal SA’s stakeholders”, mentioning that its threatened closure of the Saldanha steel mill will be averted.

But BEE is fundamentally political. There is reputational risk in choosing beneficiaries for a BEE deal, which is why some big companies have chosen deals that have been extensively broad-based. That reputational risk was underlined by the political threats of nationalisation of the Sishen mine, or even of ArcelorMittal itself, in reaction to the deal and the threats to close the Saldanha plant.

There are questions about how the Sishen mining rights were awarded to ICT. Why this particular company? ArcelorMittal lawyers are reportedly investigating whether any corruption was involved. For some time now, concerns have been voiced about how the department awards mineral licences, and it seems something is being done about that.

The Mineral Resources Minister, Susan Shabangu, has announced that a number of measures will be taken to address, among other problems, “increasing perceptions of corruption and/or incompetence”. In some ways, it’s just another old-fashioned BEE mining deal, albeit one that involves the president’s son and some people about to launch a pro-government newspaper.

As such, the spotlight should fall on the law and the way the mineral resources department enforces it. The nationalisation of mineral rights was supposed to stop mining giants sitting on unused rights and thus preventing new entrants from getting into mining. It was also supposed to help black people enter the mining industry.

In the ICT case, some enterprising individuals have taken advantage of the situation to make a handsome profit without adding any productive capacity to mining. Perhaps this is not unusual.

But it leaves me with the same feeling as when contemplating the R1-million-plus luxury cars some Cabinet ministers drive. I know that it is not corrupt. I know that it accords with the rules of some handbook or the other, but I cannot help feeling incensed by the symbolism.