US ends combat mission in Iraq 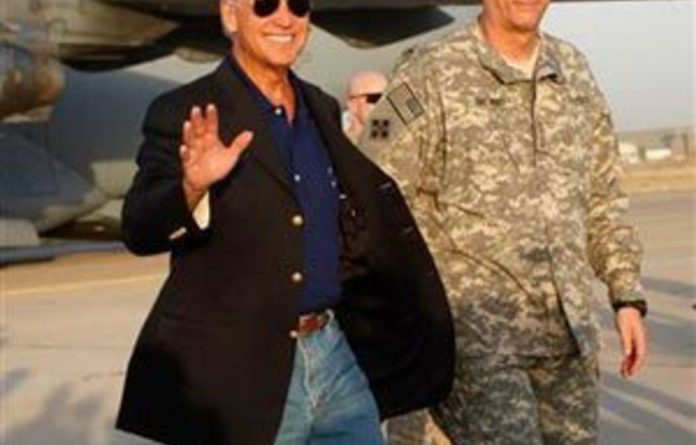 The United States military was preparing to end its Iraq combat mission on Tuesday as Vice-President Joe Biden met the war-torn nation’s leaders in Baghdad after seven years of fighting that cost thousands of lives.

A major troop pull-out in past months has left less than 50 000 American soldiers in Iraq while a simultaneous surge in car bombings and shootings, many of which have targeted local security forces, has raised security concerns.

President Barack Obama was due to mark the symbolic end of combat operations in a speech from the Oval Office at 8pm local time, after visiting a base in Texas where he was scheduled to meet recently returned Iraq veterans.

He was also expected to speak by telephone with former president George Bush, who, backed by key ally Britain, took the decision to invade Iraq in March 2003, ousting dictator Saddam Hussein within weeks.

Biden, Obama’s point man on Iraq, landed in Baghdad on Monday night and he was due to meet political leaders on the first full day of his visit.

“We’ll be just fine, they’ll be just fine,” Biden said after his arrival in brief remarks to reporters when asked about security concerns in Iraq in the wake of the recent drawdown of US forces.

He will meet President Jalal Talabani, Prime Minister Nuri al-Maliki and the former premier and recent election winner Iyad Allawi, as well as other leading politicians during his trip, the White House said.

The vice-president will also take part in a ceremony on Wednesday to mark the launch of Operation New Dawn, the US military’s new “advise and assist” mission in Iraq.

Tony Blinken, Biden’s national security adviser, said formation of a new government was critical because the current caretaker administration in Baghdad was not a “durable solution”.

“There is some growing sense of urgency that government formation move forward and certainly the vice-president is going to urge the leaders to bring this process to a conclusion,” Blinken told reporters on Monday.

Although unrest is not on the same scale as in 2006/07 when sectarian conflict raged alongside the anti-US insurgency, about 300 people have been killed monthly this year, and July was the deadliest month since May 2008.

Obama declared shortly after taking office last year that the US combat mission in Iraq would end on August 31 2010, after which American troops would take on a training and advisory role prior to a complete withdrawal in 2011.

There are now 49 700 American soldiers in Iraq, less than a third of the peak figure of almost 170 000 during the US “surge” of 2007, when the country was in the throes of brutal Shi’ite-Sunni violence that cost tens of thousands of lives.

The outgoing commander of US forces in Iraq, General Ray Odierno, has said the new force strength will be maintained “through next summer” before troop numbers fall towards zero by the end of the December 2011 withdrawal deadline.

He told the New York Times on Monday that failure to form a new government could undermine Iraqis’ faith in democratic rule.

“The longer that takes, the more frustrated they might get with the process itself,” Odierno said.

‘The US army must stay until 2020’
Iraq’s top army officer, Lieutenant General Babaker Zebari, warned on August 11 that a complete withdrawal of US troops at the end of next year would be premature, and urged a change of tack from the country’s politicians.

“If I were asked about the withdrawal, I would say to politicians: the US army must stay until the Iraqi army is fully ready in 2020,” Zebari told AFP.

Biden last visited Iraq in July when he urged politicians to resolve their differences and form a government, but there was no breakthrough.

Incumbent premier Maliki was narrowly defeated by Allawi in the March 7 election, but the vote was shared between an array of rival blocs forcing both men to look for coalition partners.

Neither Maliki, a Shi’ite who heads the State of Law Alliance, nor Allawi, also Shi’ite but leader of a broadly secular coalition with strong Sunni Arab backing, has managed to secure a majority in the 325-seat Parliament. — AFP