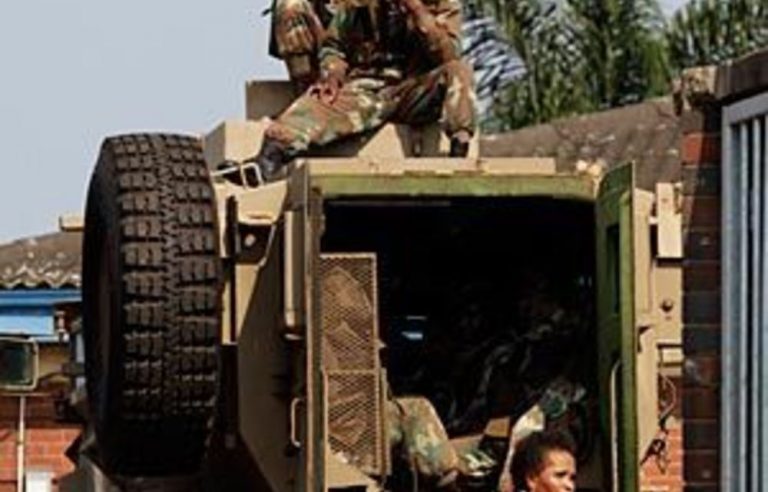 The Cabinet has urged public-service wage negotiators to urgently find an amicable and win-win solution to the strike, but added that even the latest offer is unaffordable.

Briefing the media on Thursday following Cabinet’s regular meeting on Wednesday, government spokesperson Themba Maseko said the government would continue to do all it could to bring the strike to an end.

Although workers’ demands were understandable, this did not take away the fact that the state could only agree to a wage settlement it could afford.

While the latest draft settlement proposal of 7,5% and an R800 housing allowance was unaffordable, the government was still willing to accept the settlement.

It would add another R1,5-billion to current spending, which would have to be “taken from somewhere”, Maseko said.

“It is a complete misunderstanding to suggest that our willingness to accept the draft agreement is proof that there is money lying somewhere in the fiscus,” he said.

“Simply put, there is no money available.”

The resources to cover the draft agreement proposal would have to come from reducing spending in other areas in the budget.

Salaries already consumed 40% of all tax revenue collected, and increasing the salary bill would have a negative impact, as it would mean less resources were available for other services.

The government had a mandate to deliver a variety of services to communities, including housing, roads and clinics, employing more teachers and nurses, supplying books and other teaching materials, equipment and machines to hospitals, and infrastructure investment programmes to grow the economy.

‘No nation can allow the sick to die’
Maseko said the executive was concerned about the ongoing strike and the negative effect it was having on public services.

“Cabinet urged the negotiators to find an amicable and ‘win-win’ solution sooner, so that life can return to normal for the thousands of South Africans who are unable to access essential services, such as medical care and preparations for the end-of-year examinations,” he said.

The government was particularly concerned about the disruption of services in hospitals and schools.

“No nation can allow the sick to die because health care workers are on strike. No nation can prevent families from burying their dead.

“No nation can afford to put the future of thousands of young people on hold because of strike action,” he said.

Cabinet again condemned the violence characterising the strike in parts of the country.

“The behaviour of some of the strikers that we condemn include acts such as leaving babies in intensive-care units unattended, preventing pregnant mothers accessing medical facilities to deliver babies, attacking and intimidating nurses and doctors with a view to stopping them treating patients, preventing and attacking learners in schools, intimidating and preventing teachers who want to continue their work, and intimidating volunteers.”

The abuse and personal attacks during the demonstrations were things the union leaders were expected to discourage at all costs, and these diverted attention from the real issues on the table.

Cabinet decided urgent talks should be held with unions and other professional bodies after the strike to reach agreement on rules of engagement and on what was acceptable protest action during strikes, Maseko said.

“The point is how do we intensify the struggle moving forward,” said Mugwena Maluleka, who is also the chief negotiator for Cosatu, as the strike went into its third week.

On Wednesday night, Cosatu general secretary Zwelinzima Vavi said that “the overwhelming majority [of Cosatu unions] have rejected the offer”.

However, the National Education Health and Allied Workers’ Union said its members had until Friday to make up their minds, because one day was not been enough time to decide.

The initial response within Cosatu to the government’s latest offer was that it be rejected by negotiators, but this was not a final decision, said Maluleka.

Various other consultations still had to take place before a final decision was reached, he explained.

“We are at different stages. We have taken a round of consulting members. Now unions are sitting in constitutional structures and based on what all the mass meetings have said, they consolidate the views of all areas.”

Some had already completed this process.

Maluleka said the members “on the ground” were still ready to fight for a better offer. — Sapa