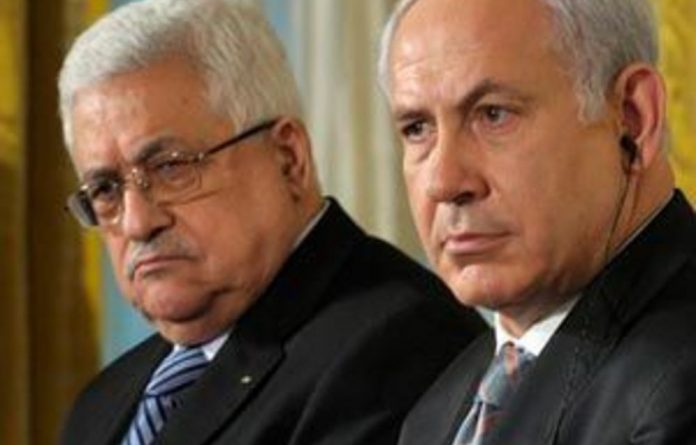 United States President Barack Obama urged Israeli and Palestinian leaders on Wednesday not to let the chance for peace slip away, bringing them together for ceremonial handshakes at the White House on the eve of relaunching direct talks.

But with a fresh West Bank shooting attack and a persistent deadlock over Jewish settlements, Obama acknowledged scepticism “in some quarters” about his prospects for succeeding where so many US leaders have failed and said he was under no illusions about the tough challenges ahead.

Netanyahu and Abbas shook hands and voiced commitment to the US-sponsored diplomatic drive, which sets a one-year target for reaching a peace deal on Palestinian statehood, a time frame most analysts call a long shot.

“As I told each of them today, this moment of opportunity may not soon come again. They cannot afford to let it slip away,” Obama said earlier after one-on-one talks with Netanyahu and Abbas before hosting all the leaders for dinner.

But the fragile peace process already faced a major stumbling block, with Israel resisting any formal extension of a partial freeze on construction in Jewish settlements in the occupied West Bank. Abbas has threatened to pull out of the dialogue if building resumes after the September 26 expiration of the moratorium.

Obama earlier condemned as “senseless slaughter” an ambush on Tuesday by the Islamist Palestinian group Hamas that killed four Jewish settlers in the occupied West Bank and vowed that “extremists and rejectionists” would not derail peace efforts.

In another attack coinciding with the summit, suspected Palestinian gunmen wounded two Israelis in the West Bank.

Obama’s flurry of personal diplomacy — his riskiest plunge into Middle East peacemaking — preceded the formal start of direct talks at the State Department on Thursday.

There is also the danger that failure to achieve an accord could set back Obama’s faltering attempts at winning over the Muslim world as he seeks solidarity against Iran.

‘Peace partner’
Striking a conciliatory tone before the dinner, Netanyahu called Abbas “my partner in peace” and pledged to seek an end to the conflict “once and for all”.

But Netanyahu also underscored Israel’s demands that any final peace deal include security arrangements to ensure a future Palestinian state, which he says must be demilitarised, would not become an “Iranian-sponsored terror enclave”.

Abbas reiterated his longstanding call for Israel to halt all “settlement activity” — a move that Netanyahu, who heads a coalition dominated by pro-settler parties, has resisted.

The Palestinian leader, who holds sway only in the West Bank since Hamas seized control of Gaza in 2007, said the “time has come” to make peace, end Israeli occupation and establish a Palestinian state. He also condemned the latest militant violence in the West Bank.

Hamas militants declared war on the talks on Tuesday even before they began and warned of further attacks, underscoring the threat hardliners pose to the fragile peace process.

The attack could make Netanyahu even less likely to accede to Palestinian demands on curbing settlement-building on occupied land in the West Bank.

The looming expiration of Israel’s 10-month partial moratorium on new housing construction in settlements could represent an early and formidable obstacle in the peace talks.

Abbas, politically weak because of the West Bank-Gaza split, could suffer another blow to his prestige among his people if he sticks with the talks while Israel accelerates building on land captured in a 1967 war. Obama’s aides have been scrambling for a compromise.

Netanyahu has not given any definitive word on the issue. But his office said he told US Secretary of State Hillary Clinton on Tuesday night there was no change in his Cabinet’s decision to allow the freeze to lapse.

‘Cautiously hopeful’
Obama, saying he was “cautiously hopeful” about the prospects for reaching a peace deal, pledged to put Washington’s full weight behind the process but insisted it would not impose solutions on the parties.

That was a message of reassurance to Israelis who fear that Obama will push the Jewish state for major concessions. In a pivotal US congressional election year, heavy pressure on Israel could hurt his Democratic Party’s standing among pro-Israel US voters.

Abdullah and Mubarak, leaders of the only Arab countries to have peace treaties with Israel, were present to help bolster Obama’s push for comprehensive regional peace.

At the White House, Abdullah held out to Netanyahu the potential dividend of normalised ties between Israel and the broader Muslim world if he forges peace with the Palestinians.

Mubarak backed Palestinian demands for an extension of the settlement moratorium and directly challenged Netanyahu to make good on his peace pledges. — Reuters