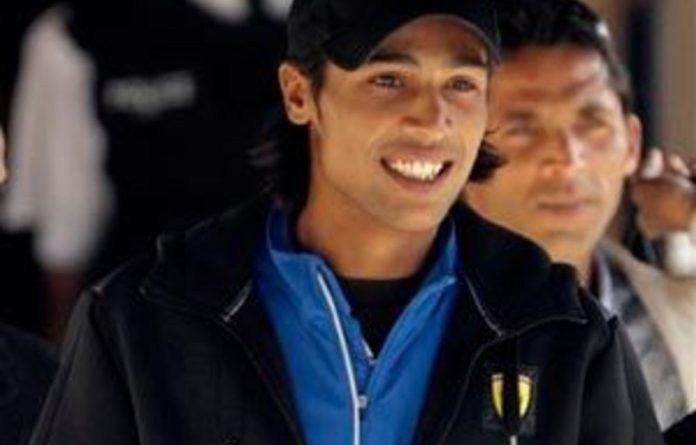 Three Pakistan cricketers accused of involvement in an illegal betting scam maintained their innocence on Thursday after withdrawing from their team’s scandal-tainted tour of England.

Speaking after meeting the players at his London office, Hasan said in a statement the players had insisted they were innocent of wrongdoing but were pulling out of the tour because of the “mental torture” of the scandal.

“The three players have said that they are extremely disturbed by what has happened in the past week, especially in regard to their alleged involvement in the crime,” Hasan told reporters. “They mentioned that they are entirely innocent in the whole episode and shall defend their innocence as such.

“They maintain that on account of the mental torture which has deeply affected them, they are not in the right frame of mind to play the remaining matches,” Hasan said. “Therefore, they have requested that the Pakistan Cricket Board not consider them for the remaining matches.”

Asked later if he believed the trio were innocent, Hasan replied: “Yes, I believe in their innocence.”

He also denied suggestions the players were “running away” from the crisis by withdrawing from the tour.

“They are innocent. They are defending their innocence. They are not running away,” he said.

Butt, Aamer and Asif were all named in a News of the World report that alleged they were involved in a “spot-fixing” scam by bowling deliberate no-balls in last week’s Test match with England in exchange for cash.

The revelations have shocked the cricket world and led to calls from figures within the game that the players involved should be banned for life.

Pakistan officials had earlier confirmed the trio would play no further part in the tour — two upcoming Twenty20 games and five one-day internationals against England.

Quizzed by police
Manager Yawar Saaed added he could not comment about the players’ state of mind, saying: “I cannot answer anything on their behalf because investigations are being made by Scotland Yard and the ICC [International Cricket Council] and others. The game must go on, cricket will be played at its best.”

Butt, Asif and Aamer were quizzed by police during the Lord’s Test and had their cellphones confiscated as detectives tried to unravel claims the Pakistanis bowled no-balls to order as part of a betting scam.

Meanwhile, Australian Test legend Shane Warne added his voice to the chorus of condemnation, saying authorities should choose the ultimate punishment if the three players were found guilty.

“If it is true and they have been found [guilty of] match-fixing and throwing games and spot-betting with the no-balls and stuff, if that’s the case they should be thrown out,” Warne told reporters.

“It’s as simple as that. I don’t think there should be any other way to do it. If it’s fixed by players, they should be banned for life. Anyone who’s involved should be thrown out.”

Former England cricket coach Duncan Fletcher also adopted a hard line, writing in the Guardian newspaper that life bans were the only way to send a clear message to players who compromised the integrity of the sport.

“We must be ruthless and put the fear of God into people. Even the smallest transgression must mean that a career is over.” — AFP