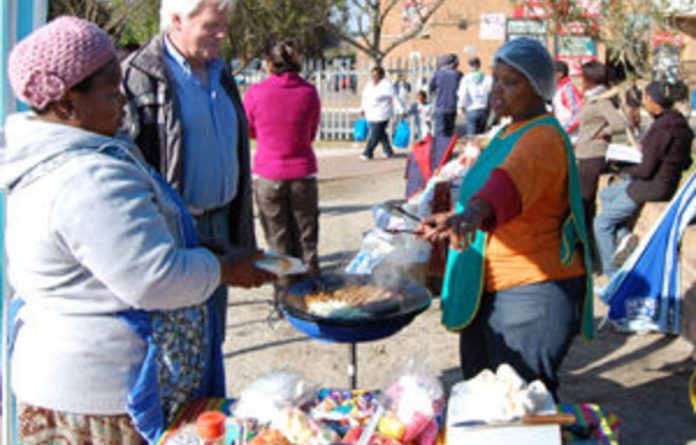 If there’s one provision of the National Skills Development Strategy (NSDS) that causes the Setas (sector education and training authorities) to shudder, it’s the one that deals with new venture creation. It is one of two success indicators — the other is empowerment of people with disabilities — in which the authorities have signally failed to fulfil their mandate.

The NSDS indicator is simply phrased: at least 10 000 young people had to be trained and mentored to form sustainable new ventures, with at least 70% of these still operating a year after completing the programme.

Mike Herrington and the Kew sisters, Jacqui and Penny, wrote in Tracking Entrepreneurship in South Africa earlier this year that “entrepreneurial activity is considered to be an important mechanism for economic development through job creation, innovation and its welfare effect”. This had led to a growing policy interest in entrepreneurship at a national level.

They said that massive and growing unemployment was a problem “especially evident among the country’s youth, who more often than not lack the experience and skills necessary to access employment in the formal sectors”.

The three, who between them have been responsible for several years for compiling the local perspective of the Global Entrepreneurship Monitor (GEM) Report, said: “These young people are forced to create their own opportunities and to attempt to provide their own form of employment.

‘Crisis’
“Given the inability of the existing formal sector to absorb the growing labour force, coupled with the burgeoning youth unemployment crisis, the government has prioritised small business and entrepreneurial development.”

“Crisis” is a well-chosen word to describe youth unemployment. “To have three of seven million 18- to 24-year-olds sitting at home doing nothing is a ticking time bomb,” Higher Education Minister Blade Nzimande is quoted as saying in the Mail & Guardian.

“The situation right now is worse than June 15 1976, the eve of the Soweto riots,” Nzimande said.

So, if development of the second or informal economy is so important for job creation and social stability, why do the Setas almost uniformly loathe new venture creation projects?

It’s because the self-employment provision of government’s flagship skills development initiative is fundamentally flawed. A new venture creation learnership is regarded not so much as an opportunity to instil essential entrepreneurial qualities in select individuals but as a way to help those who have virtually no other chance of being absorbed in the formal economy put scraps on their tables.

If you’re too dumb to go to university or college, go on a new venture creation programme so you can make a living selling cheap sweets and loose ciggies on Sauer Street.

In its special issue last month on the impact of the global economic crisis on youth, the International Labour Organisation (ILO) said young people who lack “social networks and the know-how to market themselves as potential employees … will accept work under inferior conditions or move into the informal economy”.

The report said: “In general, young women have even more difficulties finding work than young men. Even though there are countries and regions where unemployment is lower for young women than for young men, this often only means that women do not even try to find a job but leave the labour market altogether due to discouragement. When they do find a job it is often lower paid and in the informal economy, in unprotected, low-skilled jobs.”

Defying NSDS
Cape Town-based Gill Connellan and Mauritz Bekker now defy the NSDS requirement that almost everyone who is accepted for learnerships be under the age of 35, with most of them in the category 18 to 24 years old.

Between their two companies, Eclipse and Entrepreneurial Business School (EBS), they’ve put nearly 1 000 learners through the new venture creation (NVC) programme since 2003, with ever-increasing success rates. Eclipse manages the projects and employs the learners for the duration of the learnership; EBS does the training.

Their “alumni” range from a spaza owner in Malmesbury to a coffin-maker and undertaker in Murraysburg, a commercial cleaner and her sixtysomething garden services father in Hout Bay, a filmmaker and her bridal boutique friend in Worcester, an estate agent in Grabouw, a bookkeeper in Jamestown and a B&B owner in Bisho. Few of them are in their 20s and the majority are women.

“One needs to distinguish between a person who is self-employed and one who is an entrepreneur,” said Connellan. “One is essentially a survivalist, while the other creates opportunities for others.

“Fortunately,” she said, “NVC caters for both.”

Passion is the cornerstone of entrepreneurship ability, said Bekker.

It’s a trait that shines through in Sibuyisekile Mabena, an energetic 35-year-old who started Style Bridal in East London in 2006 and completed the learnership a few days ago. She’s getting ready to start a more advanced entrepreneurial programme through EBS and Stellenbosch University’s business school.

Mabena has nurtured the vision of owning a business since she was young. “It’s partly the way my parents raised us kids. They had money and their own businesses but told us their money wasn’t ours. We wouldn’t inherit from them but had to go out into the world and make our own way.

“I’m not afraid of hard work, but I run away from going into debt. I went to England for four-and-a-half years to raise capital for my business.”

At one stage she was holding down four jobs at the same time.

“People over there urged me to stay on a few more months and get my residence. I told them there was a reason I was there but it wasn’t the pounds or being a citizen of England.

“I wanted this” — her arm points to the racks of colourful dresses and party outfits. “This was the vision I kept alive while I was cold and miserable.”

“I’ve hit bumps now and then, mostly through lack of business knowledge. However, being on the learnerships helped me immensely in terms of teaching me to run my business properly and dealing with employees and customers. It’s allowed me to make the business more sustainable.”

All the clothes in the boutique are made on the premises by a staff of what used to be four local women, is now two, but will soon be none.

She is unfazed by this. “Two of the ladies who worked for me left to start their own businesses. I’m happy about that, even though it left me limping a little, because it meant I was a good example and mentor to them.

“Now my remaining employees are both pregnant and will be leaving soon. That’s going to be a challenge.”

Challenges
She thrives on challenges — she took up road-running last year and qualified to run Comrades by completing the Two Oceans Marathon. “I didn’t finish Comrades but I will next year,” she said.

Mabena opened a second boutique in King William’s Town a few months ago.

Bekker and Connellan both believe that NVC initiatives will never achieve government’s empowerment and job creation goals if they focus on taking unemployed youth off the streets.

“A business that is newly set up in the second economy doesn’t create jobs. One that is in the process of transiting into the first does,” said Connellan. “That’s the reason why we tend to recruit people who are a little bit older and either have an existing business that they want to grow or possess some technical skills.”

Technical skills might not have been acquired in a formal workplace.

Jan Oncker, who grew up in the Boland learning the healing qualities of local herbs from his uncles, has translated this knowledge into a business selling ointments for afflictions such as arthritis.

“I’ve been working on my remedies since early 2001 but only put the perfect recipe together last year.”

A popular figure in his Stellenbosch community, the dreadlocked Oncker tested his ointments on the elderly before going into production.

“The real problem I face now is taking out a patent on my recipes.”

It’s an expensive process,” he said, “but I’m working on it with EBS”.

Bekker said younger graduates of the 12-month learnership have very different post-completion requirements from those of their older counterparts.

Slice of life: Boerewors — and condoms too

TVET gets a much-needed boost

Slice of Life: ‘I felt that I had done my job’