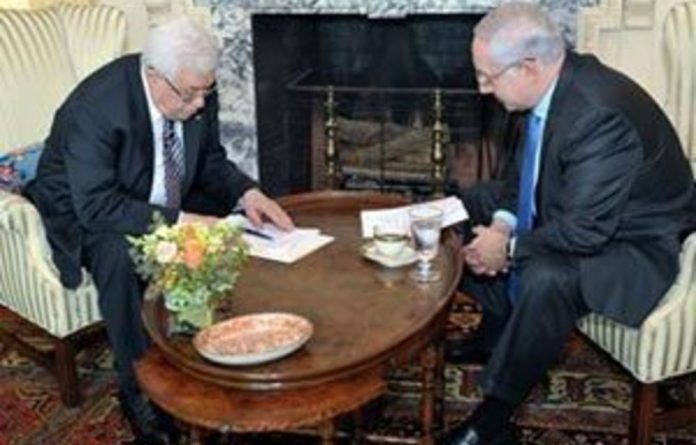 Israeli and Palestinian leaders have cleared the first hurdle in what promises to be difficult negotiations, vowing to try to settle core differences within a year and meet every two weeks.

In opening about four hours of talks in Washington on Thursday, United States Secretary of State Hillary Clinton acknowledged the “suspicion and scepticism” leading up to the meetings after scores of previous US administrations tried and failed to help resolve the decades-old Middle East conflict.

“I know the decision to sit at this table was not easy,” said Clinton, flanked by Palestinian President Mahmoud Abbas and Israeli Prime Minister Benjamin Netanyahu in a chandeliered room at the State Department.

“Thank you for your courage and commitment,” she added.

The next round of talks was set for September 14 to 15 in Egypt, possibly in the Red Sea resort of Sharm el-Sheikh. More negotiations are due every two weeks after that, after the leaders agreed they could achieve a peace deal within a year.

After weighty symbolism and lofty rhetoric on Wednesday at the White House with President Barack Obama, Netanyahu and Abbas finally got down to business, presenting their opening demands.

Before the talks began, Netanyahu told Abbas that recognising his country as a Jewish state and ensuring its security were required before a broader agreement could be sealed.

But recognising Israel as the Jewish homeland would be a difficult political proposition for Abbas, as it could undermine the right-of-return claims of Palestinian refugees who left or fled Israel when it was created in 1948.

“A real peace must take into account the genuine security needs of Israel,” Netanyahu said, following two attacks on settlers in as many days in the occupied West Bank claimed by the Islamist movement Hamas, which staunchly opposes the talks and Abbas’s US-backed Palestinian Authority.

Abbas appeared conciliatory, saying: “We consider security as essential and vital both for us and for you, and we will not accept that anyone commits any act that would harm your security or ours.”

But he also stuck to his demands on Jewish settlements.

“We call on the Israeli government to move forward with its commitment to end all settlement activity and completely lift the embargo over the Gaza Strip,” Abbas said.

Sensitive question
Although Netanyahu and Abbas promised to seek resolutions to the core issues that have bedevilled past peace attempts, neither leader addressed the sensitive question of whether Israel would extend a moratorium on settlement building in the West Bank due to expire on September 26.

Before going behind closed doors, the two leaders shook hands, and Abbas appeared to give Netanyahu a thumbs-up.

US Middle East envoy George Mitchell described the first 90-minute meeting in which he participated with Clinton, Abbas and Netanyahu as “productive”. It was followed by one-on-one talks between the Palestinian and Israeli leaders with no note-takers or translators that officials said lasted 93 minutes.

“Our goal is to resolve all of the … core issues within one year,” Mitchell said. The parties had said they would seek to first reach a “framework agreement” resolving the core issues to establish a Palestinian state before hashing out finer details for a fully fledged treaty, he added.

But sceptical Israeli and Arab columnists described Thursday’s fanfare around the relaunch of talks in Washington as political theatre, while doubting the ability of present leaders to reach an historic breakthrough.

And hard-line Iranian President Mahmoud Ahmadinejad said on Friday that the talks were “doomed” to fail, saying that Abbas and his negotiating team lacked legitimacy.