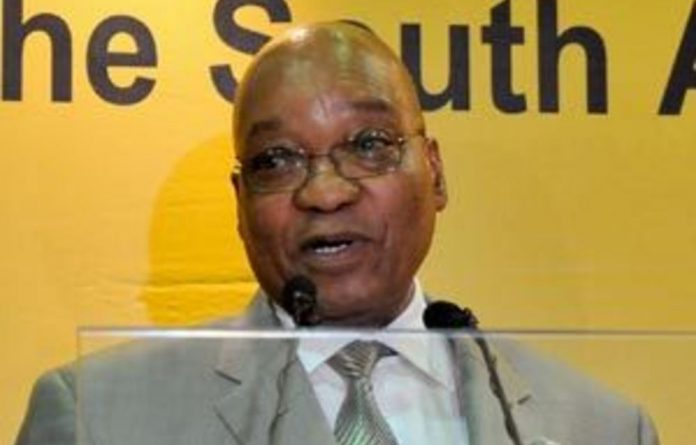 Agence France-Presse (AFP), the Associated Press (AP), Bloomberg and Reuters expressed concerns that plans for a media tribunal and a new information Bill could restrict their work and that of other journalists.

“The media in South Africa and foreign reporters working in the country told the world about the horrors of apartheid, despite intimidation, attempts at censorship and attacks by the white-led government,” the agencies wrote in a letter to Zuma.

“In lodging our concerns more than a decade and a half after apartheid ended, we add our voices to those defending press freedom and freedom of expression in South Africa and worldwide.”

The ANC is pushing for a media tribunal that would impose legal penalties for bad reporting, while Parliament is considering a Protection of Information Bill that media groups say would hamper investigative work.

The agencies said they feared the two measures could conflict with South Africa’s constitutional commitments to press freedom and freedom of expression and its commitment to democracy shown since the end of apartheid in 1994.

“We fear the proposed law on protecting information could restrict the free flow of information, even though it stipulates it is not intended to allow officials to conceal information simply because its publication might be embarrassing,” they said.

‘We welcome the spirit of the letter’
The Bill makes broad provisions for classifying information on “national security”. Publishing classified information would be punishable by up to 25 years in jail.

“With regard to the call for a media appeals tribunal, we believe it would undermine the media’s independence if the tribunal were to answer to Parliament or any arm of government,” the agencies said.

The letter, which was sent last Wednesday, welcomed Zuma’s call for debate on media freedoms.

“We welcome the spirit of the letter and we will take it as part of the engagement in terms of the debate that is going on now,” said Zuma’s spokesperson Zizi Kodwa.

South Africa’s media have slammed plans for new regulations as a ploy to muzzle the press and protect corrupt officials.