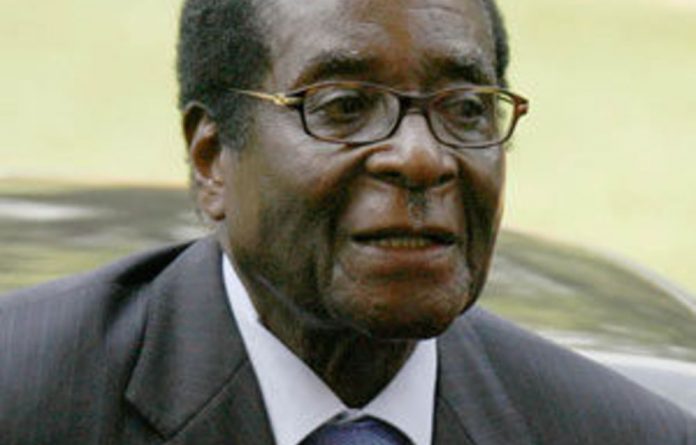 Zimbabwe wants normal ties with Western powers critical of its policies but will press ahead with a plan to hand control of foreign companies to black Zimbabweans, President Robert Mugabe said.

Mugabe told Reuters in an interview on Thursday that his government was waiting for positive movement from the United States and European Union to mend ties soured over the last decade by rows over the seizures of white-owned farms for landless citizens and charges of rights abuses and election fraud.

“We never refuse to talk to anybody,” he said when asked whether he was prepared to talk to Washington and Brussels.

“But what I don’t understand about the Europeans and the Americans is the negative attitude. How do they expect the kind of cold war they decided to wage on us, how do they intend it to end?”

Talks to improve ties with the EU have stalled over slow political reforms in Harare while US President Barack Obama said last month he was “heartbroken” by Zimbabwe’s decline.

Mugabe — who last month told Western powers to go “to hell” over sanctions imposed on his Zanu-PF party — said on Thursday: “They have imposed unjustified and illegal sanctions on us. The sanctions are comparable to the military aggression in Iraq”.

Improving relations
Mugabe said some Western countries had hoped that sanctions on Zimbabwe would help push him out of power.

“That kind of regime change is the exclusive right of the people of Zimbabwe … I am born here and if my people want me to go, I go.”

The 86-year-old leader said he hoped Obama and new British Prime Minister David Cameron and his deputy Nick Clegg would move to mend ties between Harare and the West.

“We are waiting to see what Cameron and Clegg will do and Obama also will do in regard to our situation and our relations,” Mugabe said.

“If they decide the relations should remain what they are, then we will know that they too are aggressors and not different from their predecessors, but we are giving them a chance.”

The United States and European Union imposed sanctions on state firms and travel restrictions on Mugabe and dozens of his associates nearly 10 years ago after a violent re-election campaign and at the start of often violent commercial farm seizures.

Mugabe was forced into a power-sharing pact with his rival, Prime Minister Morgan Tsvangirai, more than a year ago after a crisis over a 2008 national election that local and foreign observers say was marred by violence and vote-rigging.

Local ownership
Although the unity government has stabilised the economy and Zimbabwe registered its first growth in a decade last year, it has struggled to attract foreign aid and investment because of Mugabe’s policies.

Mugabe told Reuters the government would proceed with a plan for black Zimbabweans to acquire 51% of shares in foreign-owned firms, including mines and banks, despite criticism it will hurt investment flows into the country.

“It has always been our aim to have control of our resources … and I don’t think the private sectors of the Western countries would, in toto, decide to stay away,” he said.

Mugabe, in power since independence from Britain in 1980, says his policies are meant to correct colonial injustices and on Thursday he dismissed fears that the local ownership drive would be implemented haphazardly.

Mugabe also dismissed rumours of ill-health, laughing off suggestions that he was dying of cancer and had recently suffered a stroke

“I don’t know how many times I die but nobody has ever talked about my resurrection,” he said at the end of an hour-long interview.

“I suppose they don’t want to, because it would mean they would mention my resurrection several times and that would be quite divine, an achievement for an individual who is not divine.

“Jesus died once, and resurrected only once, and poor Mugabe several times,” he said, clapping his hands loudly, laughing and rocking in his chair.

He expressed frustration with the black Zimbabwean middle class who criticised his empowerment plans to give them a stake in an economy in which the majority are workers and managers.

“We are saying to them you are like an eagle brought up among chickens, an eagle that doesn’t know that it can do more than chickens and fly,” he said. – Reuters