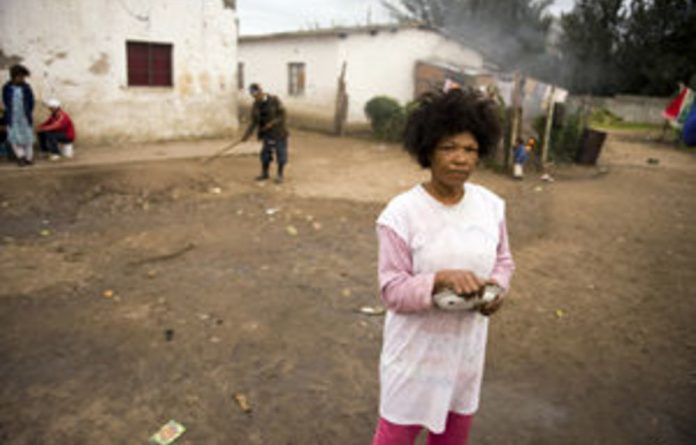 Many mothers-to-be do not know that drinking excessive amounts of alcohol while they are pregnant is extremely dangerous to their unborn baby. Alcohol easily crosses the placenta from mother to child and is very toxic to the baby. It can cause a number of problems including spontaneous abortion, premature labour, stillbirths and foetal alcohol syndrome, which includes a variety of birth defects. Most experts therefore advise against the drin-king of alcohol during pregnancy.

International Foetal Alcohol Syndrome Day is on September 9 and is celebrated annually to improve awareness of the dangers of consuming alcohol while pregnant. As part of the Government Employees Medical Scheme’s (GEMS) ongoing effort to educate our members and future members on a range of healthcare topics, we would like to provide you with some information on foetal alcohol syndrome and how to prevent it.

Foetal alcohol syndrome (FAS) is a range of conditions that affect children as a result of a mother’s alcohol drinking during pregnancy. It is estimated that between one and two thirds of children with special educational needs are affected by their mothers’ alcohol drinking, according to the South African National Council on Alcoholism and Drug Dependence (Sanca). South Africa has one of the highest incidences of FAS in the world, with the greatest prevalence reported in the Western Cape.

An individual who has been affected by FAS may experience a range of mental difficulties including:

Small amounts of drinking have not yet been shown to have any ne-gative effects on a foetus, but experts warn that alcohol is a very powerful drug for an unborn baby. Alcohol is considered to be more harmful to a foetus than illegal drugs such as marijuana, cocaine and even heroin, and none of those should be taken during pregnancy as they too can have an impact on the development of a growing baby.

Some experts say that pregnant women should not drink regularly or heavily, and certainly never get drunk. The World Health Organization (WHO) recommends that pregnant women and women who are trying to get pregnant should give up drinking completely. The KwaZulu-Natal department of health agrees, saying that FAS is thought to be the third highest cause of mental retardation in babies and women should completely “refrain from drinking alcohol during pregnancy”.

The children of women who have had the benefit of better nutrition during their pregnancy tend to be less severely affected than those who are not well nourished. FAS therefore tends to be a more severe problem among the poorer sections of the population.

However, it has been shown that even the children of wealthier women who have been well nourished often suffer from developmental, behavioural and learning problems if their mother has consumed a lot of alcohol during her pregnancy.
Among the risk factors for FAS are:

FAS is not always easily diagnosed as it causes other conditions, such as attention deficit hyperactivity disorder (ADHD), which may not ne-cessarily be traced back to drinking. Doctors and parents may not even be aware that certain problems in their child are caused by FAS.

While there is no cure for FAS, special educational programmes and behaviour modification therapy are available to support children affected by the condition. There are also medications available to treat problems such as ADHD, and surgery for some congenital defects such as a heart defect. These treatments may be expensive, however, and why should a child be subjected to unnecessary suffering?

For any GEMS member queries please phone the GEMS health line on 0860 00 4367 or visit our website at www.gems.gov.za. GEMS will assist you in every way possible to ensure your family’s health and wellbeing