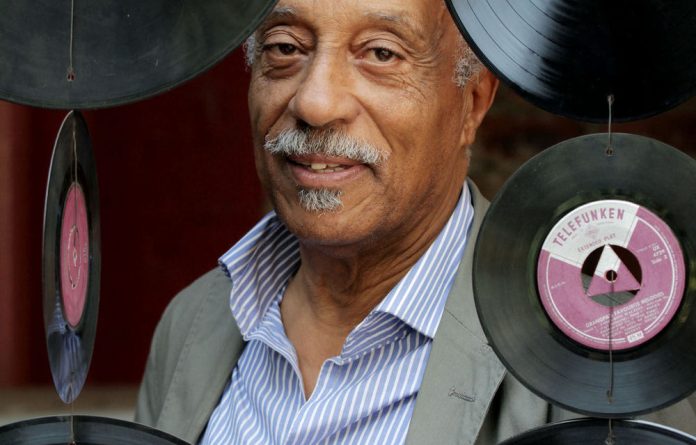 ‘Music was born in Africa, ” sang Babsy Mlangeni on his 1980s’ hit single.

It’s taken the musicology establishment a while to catch up with what musicians have known for some time. So, when Ethiopian research fellow and player Mulatu Astatke presented his work at Harvard in 2008, he was apprehensive.

“I was lecturing about the mequamia, a T-shaped stick that’s been used to conduct Ethiopian church music for more than six centuries, since the time of our saints, long before symphony orchestras even existed. If you study the movements of Western orchestral conductors and band drum majors, 90% of the movements are the same. My argument was that conducting was one of Ethiopia’s musical contributions to the world.”

He smiles, remembering. “I was terrified some great musicologist would stand up and challenge me. When it didn’t happen, I said: Ha! One for Ethiopia.”

A vibraphone, conga and keyboard player, Astatke is in Jo’burg to present workshops on Ethiopian music and an Arts Alive concert at the Wits Great Hall, where his sidemen will be bassist Herbie Tsoaeli, reedman Sydney Mnisi and drummer Ayanda Sikade. It’s his first visit to South Africa in a 40-year career that has otherwise taken him halfway around the world and home again. He’s credited as “the father of Ethio-jazz”.

Born to a middle-class family in Addis Ababa in 1943, Astatke was destined for a career in aeronautical engineering, with top marks in maths and physics.

“You must remember that in developing countries music and art are not respected as sciences.” But at boarding school in North Wales, his music teacher told him he had potential and he found peer support in a fellow boarder of Ethiopian-Armenian descent who played classical cello.

Though he had heard some Western dance music back home, it was in Wales that he began listening to jazz in earnest –“I found it very exciting music” — and later, as a music student at Trinity College in London, “the more jazz I listened to, the more I heard Africans inside the music”.

He gigged at Ronnie Scott’s with British stars such as saxophonist Tubby Hayes, and played congas for the Edmundo Ros Latin American dance band. “I started seeing all these West Africans playing in clubs and I asked myself: How come nothing’s happening with East African and Ethiopian music?”

He studied further at the Berklee College of Music, researching the African contribution to jazz more deeply. Then he moved to New York, where he met many of his jazz heroes, including John and Alice Coltrane, Gil Evans and Duke Ellington, with whom he later worked.

“And I founded my Ethiopian Quartet. I was dreaming of coming up with something different, some jazz where I could be myself. I started experimenting with the four traditional modes of Ethiopian music, which are based on a five-tone scale.”

The result was the mid-1960s album, Afro-Latin Soul, “though I don’t really believe in ‘Latin’ music: those rhythms are African and we even find them in Ethiopia”, Astatke says.

Since then, he has worked back home in Ethiopia as player, teacher and composer and increasingly successfully in the United States and Europe as leader of several groups, including, most recently, collaborations with the London free jazz-plus outfit,

As well as researching jazz’s roots, Astatke’s other project is what he dubs “bringing the azmaris (traditional Ethiopian players) into the 21st century”.

“African musicians can’t escape the influence of Western music because of the limitations of our instruments. Young men all migrate to the guitar simply because they can do more with it.”

Astatke has been working with the six-string krara, upgrading it to an eight-string instrument that can be tuned to a single scale to handle unaccented Western melodies. “But that’s only phase one. I want to grow the instrument so it can handle a 12-tone scale. The aim would be to encourage more adventurous composing in our own Ethiopian styles. My aim is for Africa not only to be portrayed as contributing rhythm, but also contributing to the science of music.”

He cites the Ethiopian Gamvo tribe, which has classified seven different voices, and the Derashis, with their 12-tone music played on bamboo pipes. “They’re the scientists of our music, living in the middle of five-tone territory. At Berklee we were told how Charlie Parker used 12 tones and diminished scales to develop bebop. But was it Parker or was it Africa?”

Astatke is not alone in questioning the crude dichotomy that credits Africa with providing rhythm to modern music and Europe with everything else. KwaZulu-Natal-based multi-instrumentalist and teacher Ndikho Xaba has observed: “When people describe what jazz is, they say it is the African influence — basically, the rhythms — with European harmonies.

But it is not so. When we study the Hellenic experience and Egypt, we see that European harmonies are what they are because of Africa.”

The Ethio-jazz that Astatke will present to South Africa at the Wits Great Hall “may not be like jazz you have heard before,” he says. “But I promise you, our five tones are beautiful.

We need more books about South African jazz, focusing on both the verbal and the visual, to fully capture and appreciate the unique ‘river of culture we’ve been bequeathed’
Read more
Friday

In the face of dwindling writing about South African jazz, bassist and composer Carlo Mombelli’s new offering is a repository for future historians.
Read more
Friday

A requiem for African identity