The race is on for Zim’s economy 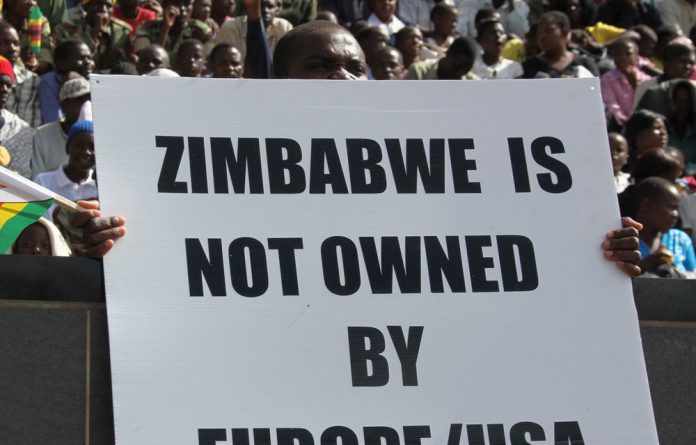 A politically charged battle for control of Kingdom Meikles Limited (KML), a merger of old white capital and new black money, is showing how hazy Zimbabwe’s empowerment laws remain, and how tough it will be to implement the controversial policy.

Whoever wins control of KML will have assets that includes luxury hotels in Harare, Victoria Falls and Cape Town, a bank, one of the country’s top three supermarket chains — partly owned by Pick n Pay — tea plantations, department stores and a Clicks franchise.

The Kingdom-Meikles deal had raised doubt from the start. It attempted to blend two very different business cultures: an icon of colonial financial power founded by Scottish merchants a century ago and a banking group owned by a charismatic young black banker, Nigel Chanakira. It also sought to fuse businesses as diverse as hotels, a linen manufacturer and financial services.

But to some it made sense. It came just as President Robert Mugabe took steps towards enacting the Indigenisation and Economic Empowerment Act, under which foreign and white-owned businesses are required to sell majority shares to black Zimbabweans.

But the merger collapsed as the two sides sought to stamp their identities on the group. Now, in the legal battle to determine who gets out with what, the row has deteriorated into a racially and politically charged mud-fight and is attracting attention from Mugabe and an array of politicians and pressure groups.

More than just a corporate battle, the KML controversy is giving lessons on Zimbabwe’s empowerment law: nobody knows how the regulations are supposed to work and the forced sell-offs implied by the law are laying the ground for more damaging fights over culture and power.

Regulations under the Act force companies valued at US$500 000 and higher to sell at least 51% to “indigenous Zimbabweans”.

The law defines an indigenous Zimbabwean as “any person who, before April 18 1980, was disadvantaged by unfair discrimination on the grounds of his or her race, and any descendant of such person”.

Uncertainty remains as to how the law will be implemented, amid conflicting messages from the government. While reformers push for a measured approach of lower equity targets and credits for social investment, radical groups are pressing for complete takeovers.

In the radical camp are Zanu-PF allies such as the Affirmative Action Group, the militant black-empowerment outfit that hosted Julius Malema earlier this year. Last week the group launched a campaign to drive foreigners– mostly West African and Chinese traders — from the low-end grocery business.

For now, though, it appears reformers are gaining ground. Empowerment Minister Saviour Kasukuwere has had to tone down his tough rhetoric and has set up committees involving private players to advise on how to apply the law. A final decision on percentages is expected in February.

The Chamber of Mines wants a 15% local equity target, in exchange for credits for employee and community share ownership schemes, skills training, infrastructure and social spending. Kasukuwere has called the proposal “crazy”, but it appears to be gaining support.

To convince the government, mines are scaling up social investment. Alex Mhembere, head of Implats subsidiary Zimplats, said his company has spent US$10million on new schools near its mines and is building a US$30million power substation.

Yet this may still not be enough. David Chapfika, head of a state board that monitors empowerment, said the credits system was an option, but would be dropped “if we find it complicating or compromising the goals of indigenisation”.

Confused investors are undecided on how to respond. Rio Tinto’s Zimbabwe unit is spending US$300-million to lift production sixfold at its 300 000-carats-per-year diamond operation, Murowa. But gold producer Falcon Gold said it had been “paralysed in its operations by the uncertainty over the indigenisation of the economy”.

Zimplats plans to spend an additional US$500-million to lift output to one million ounces a year, but may have to delay the plan until it is clear on the law.
Mugabe told a mining conference in May he had “no intention of expropriating any mine”, saying he took “cognisance of the need to promote growth of the mining industry, which requires new investment, particularly foreign direct investment”.

And yet government has done little else to assure investors.

Last month the government stopped Barclays Zimbabwe from transferring its custody business to Standard Chartered, saying the deal was illegal. Engen also saw a US$16-million bid for BP and Shell’s Zimbabwe assets blocked on the grounds that it violated the law.

Engen’s Andrew Bryce said Engen will place a revised offer, but he faces competition from a consortium of well-connected businessmen now also bidding for the assets.

On the Zimbabwe Stock Exchange, where foreign capital drove a rally last year, foreigners’ contribution to daily turnover has fallen from 60% a month to less than 20%.

A recent World Bank report says almost half of Zimbabweans run small businesses on the side.
Read more
Africa

Bitter reality defies all talk of a new leader or movement to break the political stalemate in Zimbabwe.
Read more
Advertising
Continue to the category
Coronavirus