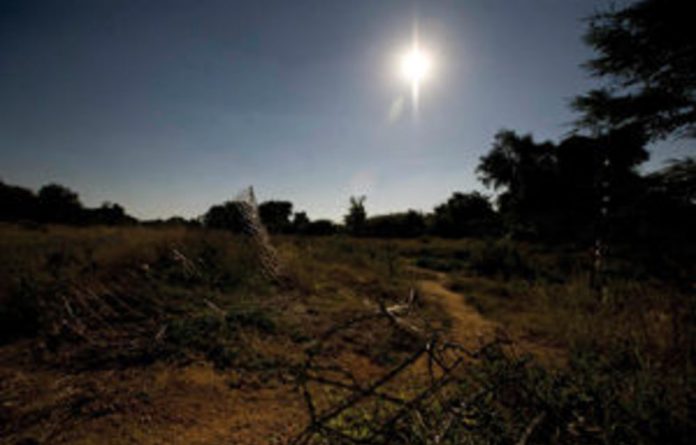 Zimbabwe’s home affairs department, desperately short of cash and run by two ministers from rival parties, says it has begun the almost impossible task of documenting the millions of Zimbabweans living in South Africa illegally.

South Africa announced last week that it would begin deporting undocumented Zimbabweans in December at the end of a special suspension of visa requirements that has allowed Zimbabweans to stay and work in the country.

South Africa says the situation in Zimbabwe has improved enough to allow exiled Zimbabweans to return, a claim dismissed by Zimbabwean exile groups. And although Zimbabwe government officials are anxious about the decision, they cannot publicly oppose the move, as doing so would be to support the view that little has changed under the country’s unity government.

On Wednesday Zimbabwe’s two home affairs ministers, Kembo Mohadi of Zanu-PF and the Movement for Democratic Change’s Theresa Makone, said they were sending teams to Johannesburg, Pretoria and Cape Town to help citizens acquire passports. They announced a cut in passport fees, hoping to entice citizens to register.

“When we negotiated for the removal of visa requirements, we were given six months to regularise all our people in South Africa and we negotiated for a further extension to December 31,” said Mohadi. “It is now up to us to send our people to South Africa so that Zimbabwe citizens without papers are given the requisite travel documents. Those that do not meet the deadline will face deportation.”

But there is little confidence that Zimbabwe can pull this off. Already, in Zimbabwe itself, getting a passport is a nightmare. Long queues form at dawn outside the crammed, dusty Makombe Building in Harare that houses the passport offices.

Underpaid workers and touts make a killing taking bribes to help desperate applicants. The ministers have little comfort for those desperate for documents. Makone said the government slashed the price of passport applications, but admits this will cause even more chaos.

“Queues are going to get even longer. We’re asking people to please bear with us while we clear the bottlenecks.” The backlog for passport applications rose as high as 300 000 at the height of the political and economic crisis, but officials say it has now been cleared.

A passport now costs US$50, down from US$140. It is still a fortune in a country in which government workers earn US$150 a month, but it is a sacrifice many have to make. The coordinator of the Crisis in Zimbabwe Coalition, Dewa Mavhinga, said Zimbabwe is not prepared for the flood of applications.

“The government does not have the resources to issue the millions of permits and passports,” Mavhinga said. Reflecting the anger among exiled Zimbabweans over the decision, the Zimbabwe Exiles’ Forum suggested South Africa had agreed to the special dispensation for Zimbabweans only to get “cheap labour” for the 2010 Fifa World Cup.

Zimbabwe’s consul general in Johannesburg, Chris Mapanga, said the Zimbabwe embassy in South Africa was readying itself to help Zimbabweans obtain legal papers. “We will set up mobile registration centres in all the major cities and towns [in South Africa],” he said.

Austin Moyo, the MDC chairman in South Africa, said the decision should not have been made until the conclusion of Zimbabwe’s elections, which could be held next year. “Then we could start negotiating a managed repatriation instead of a situation in which people are just dumped.”

There are no official figures for the number of Zimbabweans in South Africa, but the International Organisation for Migration estimates that it is between 1.5-million and two million.

South Africa and Botswana want to limit the number of Zimbabweans in their countries.
Read more
Africa

A recent World Bank report says almost half of Zimbabweans run small businesses on the side.
Read more
Advertising