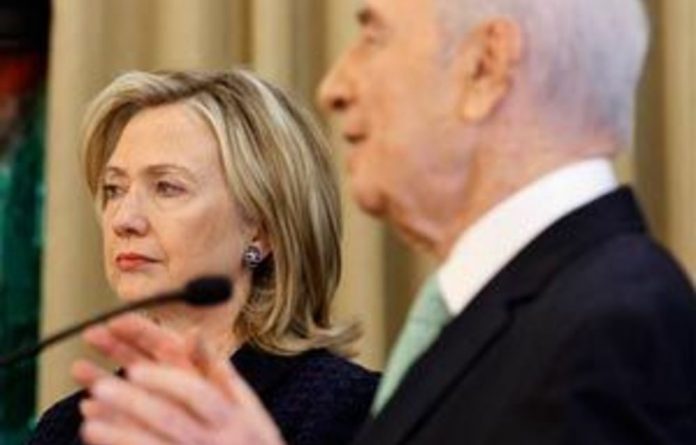 United States Secretary of State Hillary Clinton said Israeli and Palestinian leaders were “serious” about reaching a peace deal, as they prepared for a new round of talks in Jerusalem on Wednesday.

“They are getting down to business and they have begun to grapple with the core issues that can only be resolved with face-to-face negotiations,” Clinton told reporters after meeting Israeli President Shimon Peres.

“I believe they are serious about reaching an agreement … This is the time and these are the leaders, and the United States will stand by them as they make difficult decisions.”

Clinton’s vote of confidence in Israeli Prime Minister Benjamin Netanyahu and Palestinian President Mahmoud Abbas came just hours ahead of a second day of talks, with the two leaders focused on resolving the core issues of the conflict.

Confident
The US secretary of state, who met with the two men on Tuesday in the Egyptian resort of Sharm el-Sheikh, said she had heard them discussing the issues “candidly and forcefully”, and was confident they could reach an agreement.

“This effort takes patience, persistence and leadership. It is always easier to defer tough decisions than to make them,” she said.

“We will be in an active and sustained partnership with them through this effort.”

She hailed Netanyahu as “a leader who understands how important it is to move forward”, and insisted that the legitimate aspirations of both peoples were “not incompatible”.

The most urgent issue facing the two leaders is the expiry at the end of this month of an Israeli moratorium on settlement building on occupied Palestinian land.

Israeli officials have indicated they will not extend the freeze but the Palestinians have warned they will quit the talks if construction work resumes fully on occupied land. — AFP

Not everyone is happy about Sudan snuggling up with Israel

Once Tel Aviv’s sworn enemy, Khartoum is apparently ready to end hostilities, but Sudanese refugees fear they may be deported
Read more
Opinion

The racially intolerant act to keep black people in “their place”, some even while claiming they're allies
Read more
Coronavirus

Monday's election left the veteran right-winger in prime position to form a government and end a year of political deadlock, after similar votes in April and September proved inconclusive
Read more
Analysis

As Super Tuesday looms, there are five candidates left in the Democratic race. But the party must ensure it selects someone who will be able to defeat incumbent Donald Trump
Read more
Africa

Solomon Teka's death has been a deeply personal tragedy for his family, but for the wider Ethiopian-Israeli community, he has become a symbol as well
Read more
Advertising
Continue to the category
Politics