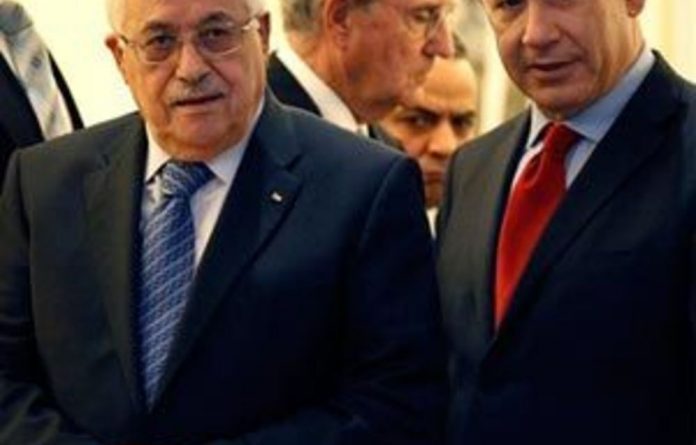 The United States said on Wednesday it believed Israel and the Palestinians were making progress towards resolving a dispute over settlement building that threatens to sink their newly launched peace talks.

Israeli Prime Minister Benjamin Netanyahu welcomed Palestinian President Mahmoud Abbas to his official residence, shaking his hand as US Secretary of State Hillary Clinton looked on approvingly, a day after the three met in Egypt.

Following the two-hour session, US envoy George Mitchell sounded an upbeat note the negotiations would continue despite the September 30 expiry of Israel’s partial moratorium on construction in settlements in the occupied West Bank.

“That subject was discussed this evening, we continue in our efforts to make progress in that regard and believe that we are doing so,” Mitchell told reporters.

Palestinians say they will leave the talks if construction resumes in the settlements, built on land they want for a state and which they fear would deny them a viable and contiguous country.

“I will say that the two leaders are not leaving the tough issues to the end of their discussions … We take this as a strong indicator of their belief that peace is possible,” Mitchell said.

It was Abbas’s first visit to the official residence in Jerusalem of Israel’s prime minister since the right-wing Netanyahu took office 18 months ago. He had met there before with Netanyahu’s centrist predecessor, Ehud Olmert.

“Today I returned to this house after a long period of absence in order to continue the talks and the negotiations, in hope of arriving at an eternal peace in all the region, and especially peace between the Israeli people and the Palestinian people,” Abbas wrote in the visitors’ book.

Palestinian flag
Netanyahu, who greeted Abbas against a backdrop that included a Palestinian flag, described the negotiations to end a decades-long conflict as “a lot of work”.

Washington has set a one-year target for resolving major issues dividing the two sides in a Palestinian drive for a state. Mitchell said Israeli and Palestinian negotiators would meet next week and set a new date for leaders to convene.

The status of Jerusalem, the fate of Palestinian refugees, the borders of a future Palestinian state and security arrangements are the main issues Abbas and Netanyahu would have to resolve to secure a permanent peace deal.

The settlements are on territory captured by Israeli forces from Jordan in the 1967 Middle East war and are deemed by the World Court to be illegal, a finding disputed by Israel.

Netanyahu, who has said he will not extend the freeze but may limit some construction, is under pressure from both the United States and the European Union to extend the moratorium on housing starts.

An abrupt end to the talks, so soon after they began, would be a sharp political blow to US President Barack Obama ahead of mid-term US elections in November in which his Democratic Party is widely expected to suffer losses.

Meeting in Brussels on Thursday, European leaders will call on Israel to extend the moratorium, according to a draft of the summit conclusions seen by Reuters.

‘They mean business’
As part of Obama’s drive for a wider peace between Israel and the Arab world, Mitchell will travel to Syria on Thursday for talks with Syrian President Bashar al-Assad and then to Lebanon to meet Lebanese leaders.

He argued that opening Israeli peace talks with these nations would not undermine the Israeli-Palestinian effort and in fact would reinforce it.

Mitchell, who helped end the Northern Ireland conflict, said he was impressed by the speed with which Israeli and Palestinian leaders had moved from their September 2 resumption of direct talks to grapple with the conflict’s central disputes.

“The leaders have … engaged directly, vigorously, seriously on what are among the most difficult and sensitive issues that they will confront,” Mitchell said.

“They are serious. They mean business. They do have differences. We believe they can be overcome,” he added.

In the Gaza Strip, run by Hamas Islamists opposed to the peace efforts, Israeli aircraft bombed smuggling tunnels under the Egyptian border, killing a Palestinian, after militants fired a rocket and mortar bombs at Israel. — Reuters