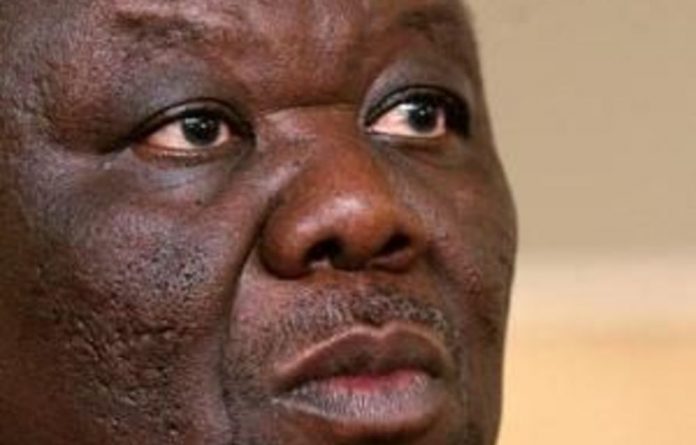 Robert Mugabe is a hero, a liberator and the founding father of Zimbabwe, Morgan Tsvangirai, arch rival and victim of rights abuses under his regime, said on Thursday.

The conciliatory words chosen by the Zimbabwean prime minister came as he challenged the world to see the president as not only part of his country’s problem, but also part of the solution.

Speaking at a conference in Johannesburg, Tsvangirai acknowledged the atrocities of the past decade but insisted Mugabe could rescue his legacy.

“I suppose Robert Mugabe has been portrayed as a demon,” he told the Guardian. “He himself made a contribution to that caricature because I cannot defend what he did over the last 10 years in terms of violence, in terms of expropriation and all these other activities.

“But there is also a positive contribution to our country that he has made. Remember that he was the national liberation hero, and so those are positive years. I suppose there is the personality conflict between a hero and a villain, of which you have to make an assessment. History will have to judge him.”

Tsvangirai entered a unity government after disputed elections in 2008 which left more than 200 people dead. The Movement for Democratic Change leader claims that Mugabe accepts the power-sharing agreement and the need for free and fair elections, probably next year.

“He’s committed to this transition, once that is transition is done, he is committed to ensure we have a peaceful election,” Tsvangirai said. “That will restore his legacy as the founding father of the nation as well as the liberator, rather than the villain he has come to be associated with.”

Tsvangirai, who was beaten by Mugabe loyalists in 2007, effectively ruled out any criminal prosecution of the president or his allies after they leave office. He argued that Zimbabwe had gone through two negotiations: the power-sharing deal and a new constitution, which could go to a referendum next year.

“That does not take away what we have experienced, and as one of the victims of that repression, I can tell you that … reconciliation is the only solution for that country to have assured stability, peace and progress.”

“I say, ‘Yes, an eye for an eye is very good, but remember if it’s an eye for an eye, it may leave Zimbabwe blind.’ I know it’s difficult to accept but there is no other way out of it than to preach national healing, national reconciliation. It includes of course having to accept the fact that Mugabe may be part of the problem, but he’s also part of the solution.”

‘No such thing as personal view’
Tsvangirai angered critics in the West earlier this year when he spoke out against homosexuality. But he said: “We’re not writing a constitution for the West, we’re writing a constitution for Zimbabweans. It is Zimbabweans that have to give their views regarding that particular issue. I hope they will be progressive, they will be liberal, but I know how Zimbabweans feel about that particular subject.”

In a generally upbeat performance at the event in Johannesburg, the prime minister pointed to steady improvements in hospitals, schools, supermarkets, water and petrol supplies, inflation and economic growth as evidence that the country is recovering and on the right track.

But the pressure group Crisis in Zimbabwe Coalition rejected such optimism, expressing disappointment as how “the hopes of many Zimbabweans have been shattered and betrayed by the inclusive government” – guardian.co.uk