Pick of the crop 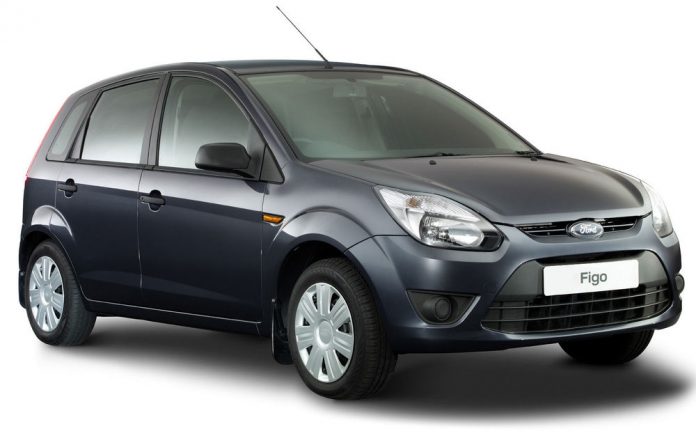 Buying your first new car should be a carefully orchestrated exercise in balancing value for money with your thirst for personal independence.

You probably can’t afford the car you desire, which is why, when you do finally settle on one, you need to know you’re not getting fleeced by a car company just trying to make a quick buck on the back of South Africa’s lust for new cars.

There have been several new cars launched in South Africa recently, which are based on old, outdated models, and after exhaustive research here’s a list of five of the best new vehicles, which fall roughly into the R115 000 price bracket. It’s a controversial selection, but all the most important factors have been considered.

Scoring system
In the “price versus specification” category, every R1 000 below the R115 000 mark earns one point. Five points are awarded for every worthwhile option fitted as standard, such as dual airbags, ABS, aircon and so on.

In the “performance” category each car is ranked against its rivals in categories of power output, fuel economy and warranties. Five points are awarded for first place, four points for second, three points for third, two points for fourth and one point for fifth.

The cars are listed in ascending order.

5. GWM Florid (1.5VVTi) Lux: R109 900
It should be our runaway winner based on the score, but for now it’s just a courtesy inclusion at number five. Hailing from Baoding in Beijing, it’s name means having a red complexion and that’s how bigger manufacturers might feel when they see what this Chinese import has to offer.

I know it’s Chinese and that’s a hard pill to swallow, but test drive one and I’m sure you’ll be impressed. But it is untested in the resale market and its reliability and safety must surely be a concern going forward. Call me conservative, but I can’t give it my endorsement until it’s been in South Africa for a while longer.

4. VW Polo Vivo (1.4) hatch: R116 065
The Vivo may be South Africa’s top seller right now, outselling its competition by the thousands, but the Uitenhage-built vehicle isn’t tops on our list. Dual airbags is all you get on the 1.4 hatch as standard. It doesn’t have ABS brakes, aircon, central locking or an MP3 CD player and that puts it far behind the competition on price alone.

The Vivo struggles to compete on price with the influx of cheap imports. It’s a shame because VWs do have a fearless reputation for holding their resale value.

3. Renault Sandero (1.4) Authentique: R104 900
It’s not new, but we couldn’t ignore our local talent from Rosslyn. Over a year and a half of being made in South Africa, the Sandero has become a solid player in the entry-level market. It is the cheapest car here, but then again it’s also the least specified. Its eight-valve motor (from an old Clio) also gives you very little, but amazingly, it is greener than the Vivo. The Sandero garners most points for its class-leading five-year/150 000km warranty. It certainly isn’t the most fun to drive in this group, but as low cost of ownership goes, it is tough to argue against the Sandero.

2. Chevy Spark (1.2) L: R115 495
The newest car on our list is also the only one not borrowing from old technology. The sticker price rewards one with a 1.2-litre engine that’s one of the best here as it produces 60kW of power and it’s the most economical and the greenest of the lot. The engine feels meaty and doesn’t need to pull much weight around so it’s fun to drive. Hailing from Bupyeong, South Korea, it has a good soft-touch interior and is comfortable for a small car. I’m not the biggest fan of its psychotic grinning grille, but General Motors South Africa believes it will appeal to the young, hip set. You don’t get ABS brakes or much luggage space, but you do get an impressive five-year/120 000km warranty.

1. Ford Figo (1.4) Ambiente: R114 980
Don’t scratch your eyes, it’s not a Fiesta, it’s the Indian-built Figo. The offering from Chennai is only sold in South Africa and India and scores well in all categories. An impressive specifications list, which includes — crucially for this shoot-out — ABS brakes. Interior fit and quality is on the rough side, but underneath the crunching plastic the Figo’s extra attention to detail, like one-touch indicator stalks and an energy-saving interior light makes all the difference. It’s practical, with 284-litres of luggage space and the second-best performer with a 62kW engine.

For your money the Chevy Spark (1.2)L is arguably the best made, highest tech and freshest car on this list. But for me a cheap car can offer as many options as it likes; the only one I’m really going to take seriously is the one with ABS brakes.

Therefore, your winner, with an impressive mix of value-for-money and specifications and the only entry-level car on this list to offer ABS brakes is the Ford Figo (1.4) Ambiente.