More than just a holiday 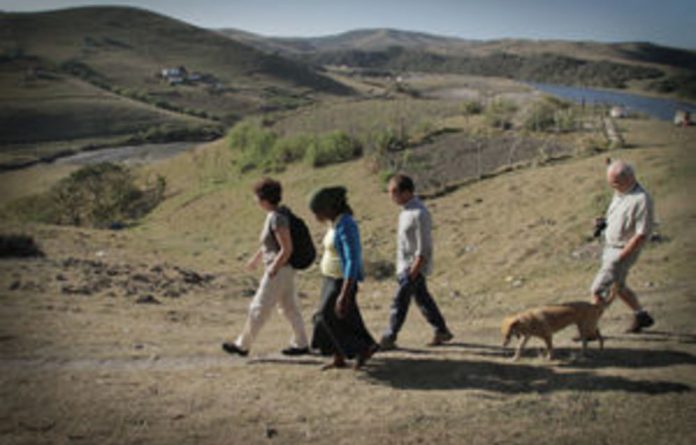 It is widely accepted that tourism is a team “sport”, as can be evidenced by the resounding success of South Africa’s hosting of the 2010 Fifa World Cup.

For the duration of the tournament, tourism marketing bodies, NGOs, operators and service providers all worked with local, provincial and national government to showcase South Africa as a world-class travel destination capable of hosting leading international events. There is little doubt that the team spirit paid off and that South Africa has firmly cemented its position as a global tourism hotspot.

All of which bodes well for another partnership that has quietly been working at grassroots level to make tourism relevant and a tool for empowerment in some of the country’s most impoverished rural areas. To try to facilitate socioeconomic transformation through tourism, Fair Trade in Tourism South Africa (FTTSA) and the National Development Agency (NDA) have joined together in a grant-aided project to showcase six community-based tourism projects that offer authentic, inspirational cultural experiences for international visitors and local tourists alike, while at the same time offering unrivalled potential for job creation and community upliftment.

“Community-based travel is perhaps the largest untapped market for tourists in South Africa,” says Mpogeng Nkgadima, the development manager of the NDA. “It offers the single biggest opportunity for tourism growth, which in turn provides communities and small businesses with jobs while protecting and conserving local culture and heritage,” she says.

The NDA was established by the National Development Agency Act in November 1998 and reports to Parliament through the minister for social development. Its mandate, primarily, is to contribute towards the eradication of poverty by granting funds to civil-society organisations to implement development projects in poor communities and strengthen the institutional capacity of other civil society organisations that already provide services to poor communities.

“Our mandate is to ensure that poverty is systematically eradicated through the implementation of measures which ensure growth and skills development within our economy, supporting the accelerated and shared growth initiative of South Africa. As such, we are a critical engine for change,” says NDA chief executive Vuyelwa Nhlapo.

FTTSA is a non-profit organisation that encourages and publicises fair and responsible business practice by South African tourism establishments. It offers a certification programme, with supporting activities, that endorses tourism establishments which meet stringent criteria. Such criteria include fair wages and working conditions, fair operations, the purchasing and distribution of benefits, ethical business practice and respect for human rights, culture and the environment.

“The aim is for a fair, participatory and sustainable tourism industry in South Africa,” says FTTSA executive director Jennifer Seif. The two organisations launched their three-year joint programme in 2007, incorporating six initiatives, three of which were FTTSA certified.

“The idea is to assist, directly and indirectly, in making communitybased tourism enterprises commercially successful,” says Seif. “With the NDA’s partnership and funding initiatives, we have focused on product development and the improvement of access to markets for the three clusters of community tourism businesses involved in the project.”

Each of the participating initiatives is located in an existing tourism corridor, with one — Masakala Guesthouse and Mehloding Adventure Trail — in the southern Drakensberg, close to the border with Lesotho, where it represents 25 villages in the surrounding area and is 100% community-owned and operated.

The main thrust of the programme has been on the Eastern Cape’s Wild Coast, where three of the six enterprises are based: Pondoland Hiking Trail and Lodges, which is wedged between the Mkambati reserve and Port St Johns and is 25% owned by five community trusts; Bulungula Lodge, an eco-friendly backpacker lodge, which is 40% owned by the Nqileni community; and Coffee Shack Backpackers, a 30% community-owned lodge in Coffee Bay.

“The projects targeted by the NDA/FTTSA partnership have yielded encouraging results, most noticeably in the transfer of skills to previously disadvantaged black women,” says Nkgadima. “Products we have assisted, such as the home stays, which are mostly owned and operated by black women, demonstrate first-hand the empowering capacity of tourism in rural communities and its ability to bring about change,” says Nkgadima.

Community-based tourism is rapidly coming into its own in the open market at a time when global economic constraints are forcing tourists the world over to look for more affordable alternatives to traditional holiday destinations. Nowhere is that more apparent than in the domestic tourism market.

South Africa has always had a robust domestic tourism market that has matched the inbound market virtually rand for rand. But the advent of the credit crunch has forced South African holidaymakers to rethink their holiday spend and in this respect products such as those involved in the NDA/FTTSA joint programme offer an excellent opportunity to explore new destinations while at the same time saving money on accommodation.

The misconception has always been that cheaper means lower standards, which is not necessarily the case, says Seif. “Just because it costs less than a hotel and is a backpacker lodge doesn’t mean it is substandard. The levels of comfort and service at all of these places really are outstanding, proving that you don’t need five stars to offer a great holiday destination.”

Indeed, community tourism products invariably offer a perfect way for holidaymakers, local and international, to immerse themselves in a truly authentic South African experience that at the same time directly benefits the people involved and the communities they represent.

Making holidays more responsible
Fair Trade in Tourism South Africa is the world’s first and only tourism Fair Trade certification programme. Its label is awarded to South African businesses that adhere to the Fair Trade criteria of fair wages and working conditions, fair operations, purchasing and distribution of benefits, ethical business practices and respect for human rights, culture and the environment. More than anything, the FTTSA label demonstrates to end-users — tourists from South Africa and the rest of the world — that tourism benefits the people whose land, natural resources, labour, knowledge and culture are used for tourism.

South Africa is recognised globally as a leader in the field of responsible and sustainable tourism and the FTTSA is at the forefront of this movement for real and lasting change. Tourism market trends show that today’s tourists are much more discerning and like to know that their holiday makes a positive contribution to the destinations they visit. This has led to a transparent and demonstrable commitment to making responsible tourism a prerequisite for many of the world’s top tourism operators and retailers. In this respect, the FTTSA certification guarantees that certified properties and activities are committed to operating in a socially and environmentally friendly manner.

There is no room whatsoever for “greenwashing” or window-dressing, as the certification process looks at every aspect of the property or activity, focusing on the staff, community, environment and business ethics. The certification programme was launched in 2002 and has grown from its original four groundbreaking operations — Shiluvari Lakeside Lodge in Limpopo, Storms River Adventures on the Garden Route, Sabi Sabi Private Game Reserve in Mpumalanga and Spier in the Western Cape — to an impressive portfolio of 64 products, from backpacker destinations to great white shark cage-diving operators.

For more information about FTTSA and its certified products, visit www.fairtourismsa.org.za